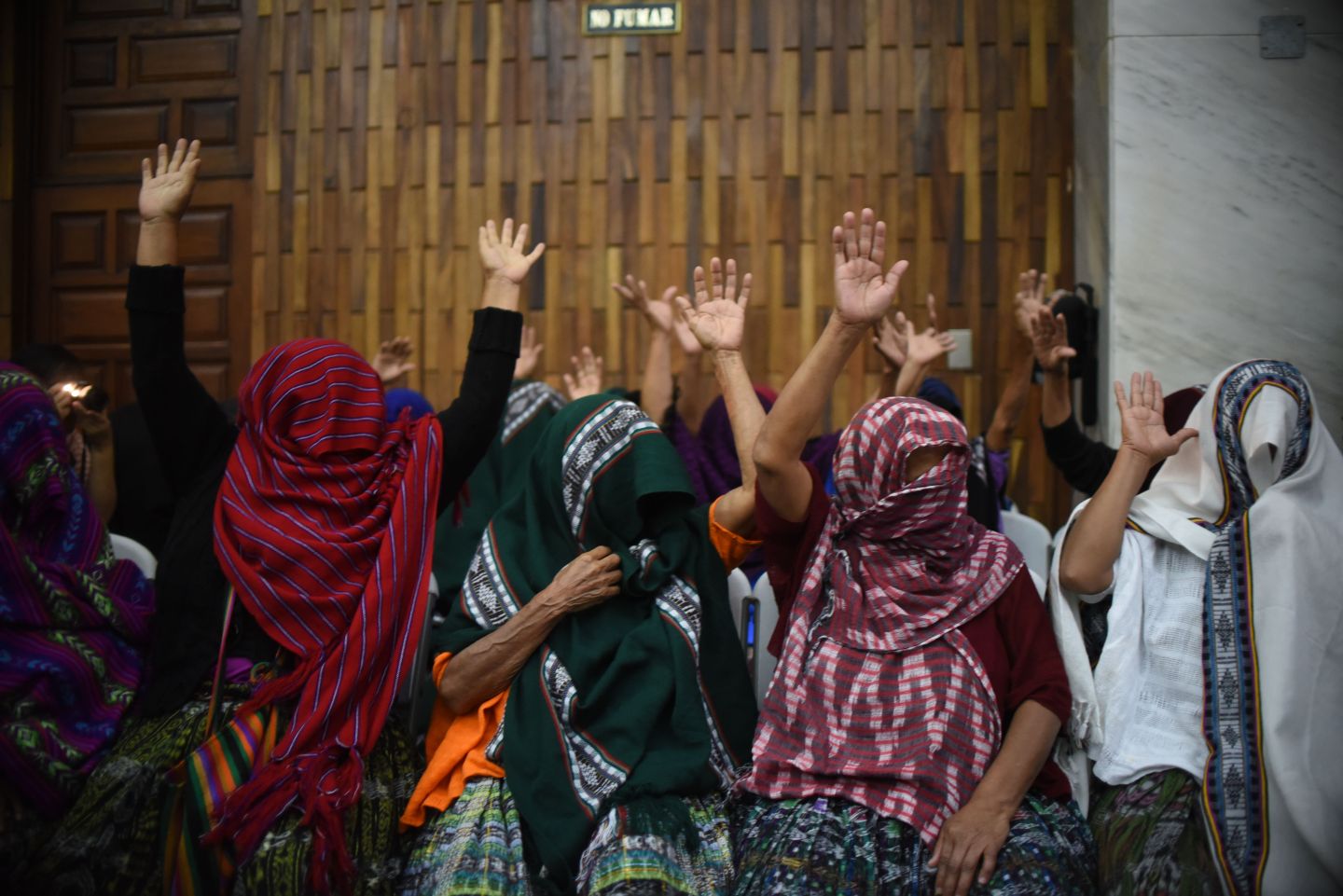 Victims of sexual abuse, who cover their faces to hide their identities, celebrate after a judge declared two former military men guilty of keeping 11 indigenous women as sex slaves during Guatemala's civil war, in a courtroom in Guatemala City, February 26, 2016. Former army officer Steelmer Francisco Reyes Giron was sentenced to 120 years in prison and Heriberto Valdez Asij, a civilian who was attached to the Army, to 240 years. The victims testified suffering sexual and psychological abuse during six months in 1982 and 1983 at a military base. AFP PHOTO / Johan ORDONEZ / AFP / JOHAN ORDONEZ (Photo credit should read JOHAN ORDONEZ/AFP/Getty Images)
JOHAN ORDONEZ AFP/Getty Images

Australian human rights group Walk Free Foundation measured the prevalence of slavery in the 167 most populous countries for its 2016 Global Slavery Index.

The index found instances of slavery in every one of the countries looked at, with 45.8 million people enslaved overall—that’s up from 35.8 million in 2014. The forms of slavery included were sex trafficking, debt bondage, and forced labor. This estimate is more than double that of the United Nation’s International Labor Organization, though the U.N. doesn’t consider all forms of slavery.

The index looked at the prevalence of slavery, people’s vulnerability to it, and government efforts to fight against it. India and North Korea were deemed the worst offenders. India has the highest number of slaves overall, with 18.4 million, while North Korea had the highest concentration, with about 4.4% of its population enslaved. The five places in which government takes the least action are North Korea, Iran, Eritrea, Equatorial Guinea, and Hong Kong.

The methodology included interviews with 42,000 people in 53 languages and 25 countries. While the index has been criticized by some, Forrest has challenged critics to find an alternative method. “Without measurement you don’t have effective management and there’s no way to lead the world away from slavery,” Forrest told Reuters. Efforts to combat slavery have been held back in the past because we don’t have hard data.

He said he wants this index to be a “call to action.” “This is not AIDS or malaria,” he told the news outlet. “We have caused slavery and because it’s a human condition we can fix it.”