Valeant’s Former CEO Will Stay on as an $83,000-a-Month Consultant 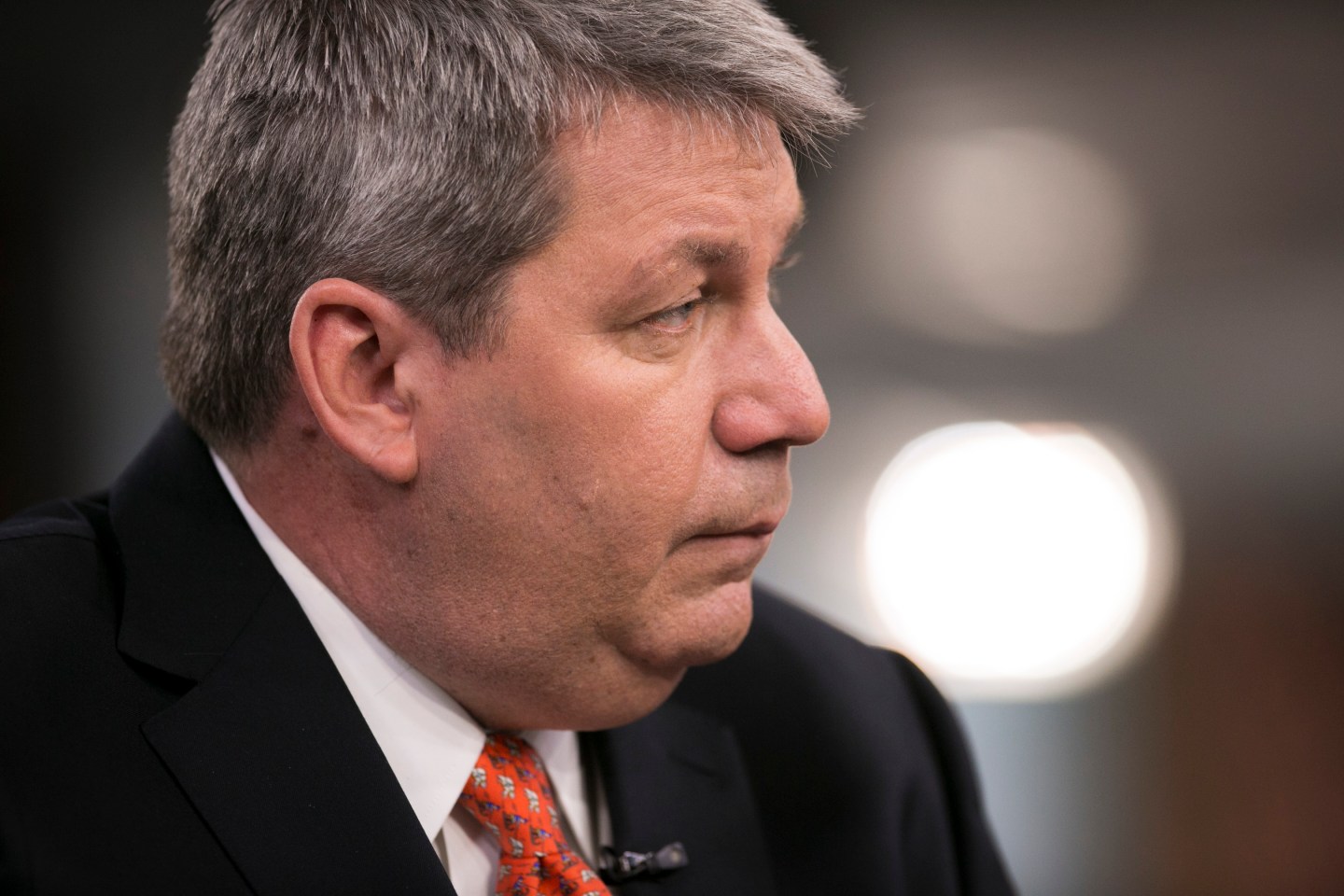 Michael Pearson may have gotten sacked from Valeant Pharmaceuticals (VRX) earlier this year, but he will still collect a paycheck.

The former CEO, who led the company through the thick of its drug-price gouging and faulty accounting allegations, was ousted from his position in March after Valeant’s stock had fallen over 60%. Pearson formally ended his run as chief executive in early May after former Perrigo CEO Joe Papa took the reins.

But even though he no longer occupies the corner office, Pearson will stay on board as a consultant until 2018 as the latest as part of his severance package, according to a Tuesday filing with the Securities and Exchange Commission.

Valeant has also agreed to give Pearson a nonexclusive assistant, IT support, and an office roughly 20 miles away from the company’s U.S. headquarters.

The agreement also stipulates that Pearson will be “reasonably available” to consult with Valeant, though those services will not exceed 20% of the “average level of services that Mr. Pearson performed” in the last three years, the filing stated.

Pearson’s new paycheck is a mere fraction of his earnings as CEO. In fiscal year 2015, he earned an estimated $143 million and $10.4 million the year prior.

Additionally, Pearson is also entitled to a prorated annual bonus in 2016 for his services as CEO in the first three months of the year, a severance payment equaling $9 million, and continued benefits for himself and his dependents for the next two years.

Pearson has signed agreements not to say or write anything disparaging about Valeant, and also signed a non-compete agreement. He started working as an outside consultant with the company in 2007, before taking over as CEO in 2008.