Why Going to a For-Profit College Doesn’t Pay Off 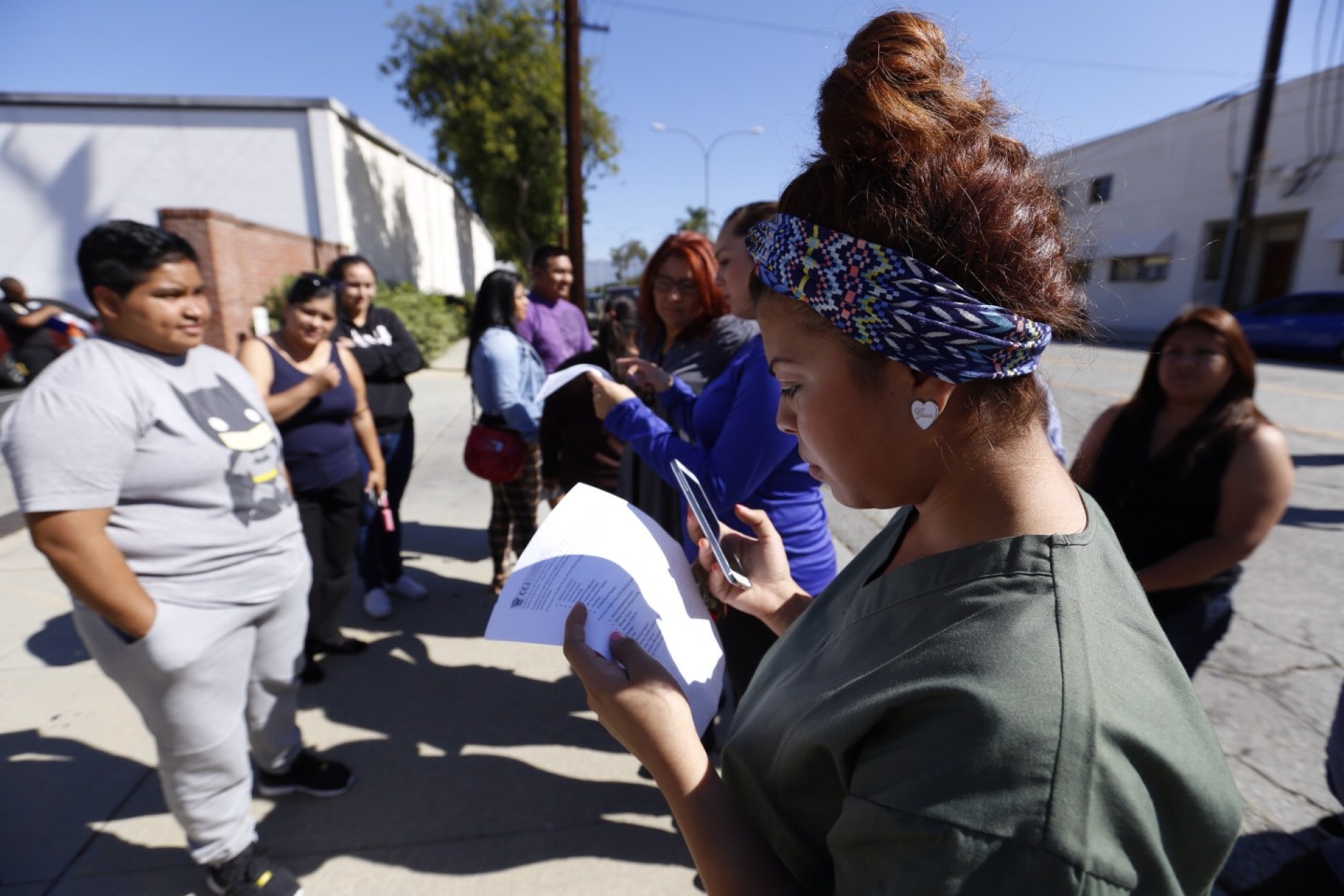 Ruby Maldanado, 20, a Medical Assistant student, checks her phone for the email sent to students that have been turned away at the gate to Everest College on April 27, 2015 in Alhambra, California. Corinthian Colleges Inc., a Santa Ana company that was once one of the nation's largest for-profit college chains, announced that it would be shutting down its remaining two dozen schools effective - a move that leaves 16,000 students scrambling for alternatives.
Photograph by Al Seib--LA Times via Getty Images

Students graduating from for-profit colleges end up making less money than before they walked down that stage to get their diplomas, according to a new study.

Researchers out of George Washington University and the U.S. Department of the Treasury looked at income and debt data from about 1.4 million students to determine the effects on those graduating from for-profit universities, including such brand names as American InterContinental University, the Art Institutes, and DeVry Education Group (DV).

They found that “on average associate’s and bachelor’s degree students experience a decline in earnings after attendance, relative to their own earnings in years prior to attendance,” according to a summary of the report published by the National Bureau of Economic Research.

The findings are skewed by the high numbers of students who enroll in for-profit schools and end up dropping out before they finish their programs. Students who complete their degrees as well as master’s degree recipients at for-profit schools tend to have better outcomes and positive earning effects post-graduation.

However, for the most part, for-profit colleges end up loading more debt on students than public community colleges and generally have a worse outcome when it comes to salaries. Tuition and fees at for-profit colleges averaged over $15,000 for the 2013-2014 school year versus about $8,900 for in-state tuition at a four-year public college, according to the College Board.

“Despite the much higher costs of attendance, earnings effects are smaller in the for-profit sector relative to the effects for comparable students in public community colleges—a result that holds for all but one of the top 10 fields of study,” according to the study abstract.

There is one field where for-profit colleges turn out students with better incomes that public counterparts: Cosmetology. But none of the top 10 fields end up generating positive total earnings gains for for-profit students, according to the researchers. The report also clarified that the average effects weren’t driven by a few lower performing schools but reflect the industry as a whole.