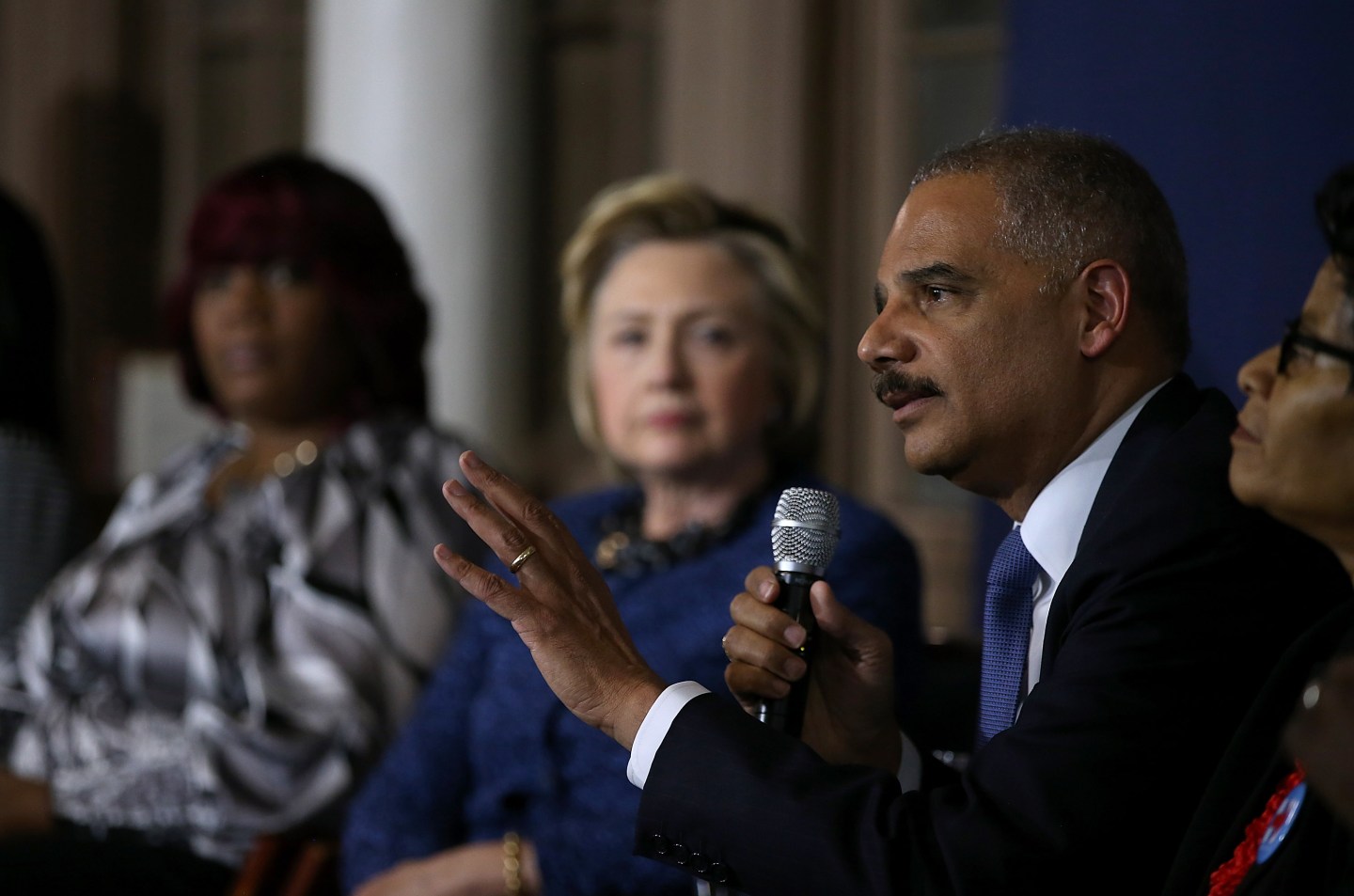 Eric Holder, former Attorney General of the United States under President Barack Obama, has offered some praise to Edward Snowden, the U.S. National Security Agency contractor-turned-whistleblower. On Monday, Holder called Snowden’s decision to leak state secrets to the media in 2013 a “public service.”

Well, at least that’s how Holder described the end result of Snowden’s decision, which cast a national spotlight on government mass surveillance. Holder was admittedly less enthusiastic about Snowden’s means: surreptitiously taking a trove of state secrets to the press.

“We can certainly argue about the way in which Snowden did what he did, but I think that he actually performed a public service by raising the debate that we engaged in and by the changes that we made,” Holder told David Axelrod, host of The Axe Files, a CNN podcast on politics.

Holder then cut his commendations with remarks more befitting his ex-office as the nation’s top lawyer. “Now I would say that doing what he did—and the way he did it—was inappropriate and illegal,” he added. “He harmed American interests.”

This is not the first time that Holder has offered cautious plaudits to the leaker. In an interview with Yahoo News last year, Holder said that “his [Snowden’s] actions spurred a necessary debate,” while adding that mentioned that “possibility exists” for Snowden to return to the United States.

For more on Edward Snowden, watch:

Originally, Holder said that Snowden pleading guilty to the charges against him would be a precondition of his return.

Snowden, for his part, has welcomed the idea of returning to face a jury, as long as the government “would guarantee a fair trial.” Earlier this year he said he would “make a public interest defense.”

In the latest interview, Holder said that he believes Snowden should still face a reckoning. “I think there’s got to be a consequence for what he’s done,” he said. “But I think that in deciding what an appropriate sentence should be, I think a judge could take into account the usefulness of having had that national debate.”

Before listeners get too cozy thinking Holder has had a change of heart and softened his outlook on the leaker, its worth keeping in mind that the U.S. has charged Snowden, who now lives in Moscow, under the Espionage Act. The law precludes protections for whistleblowers.