Africa’s Female Philanthropists Are Emerging From the Sidelines 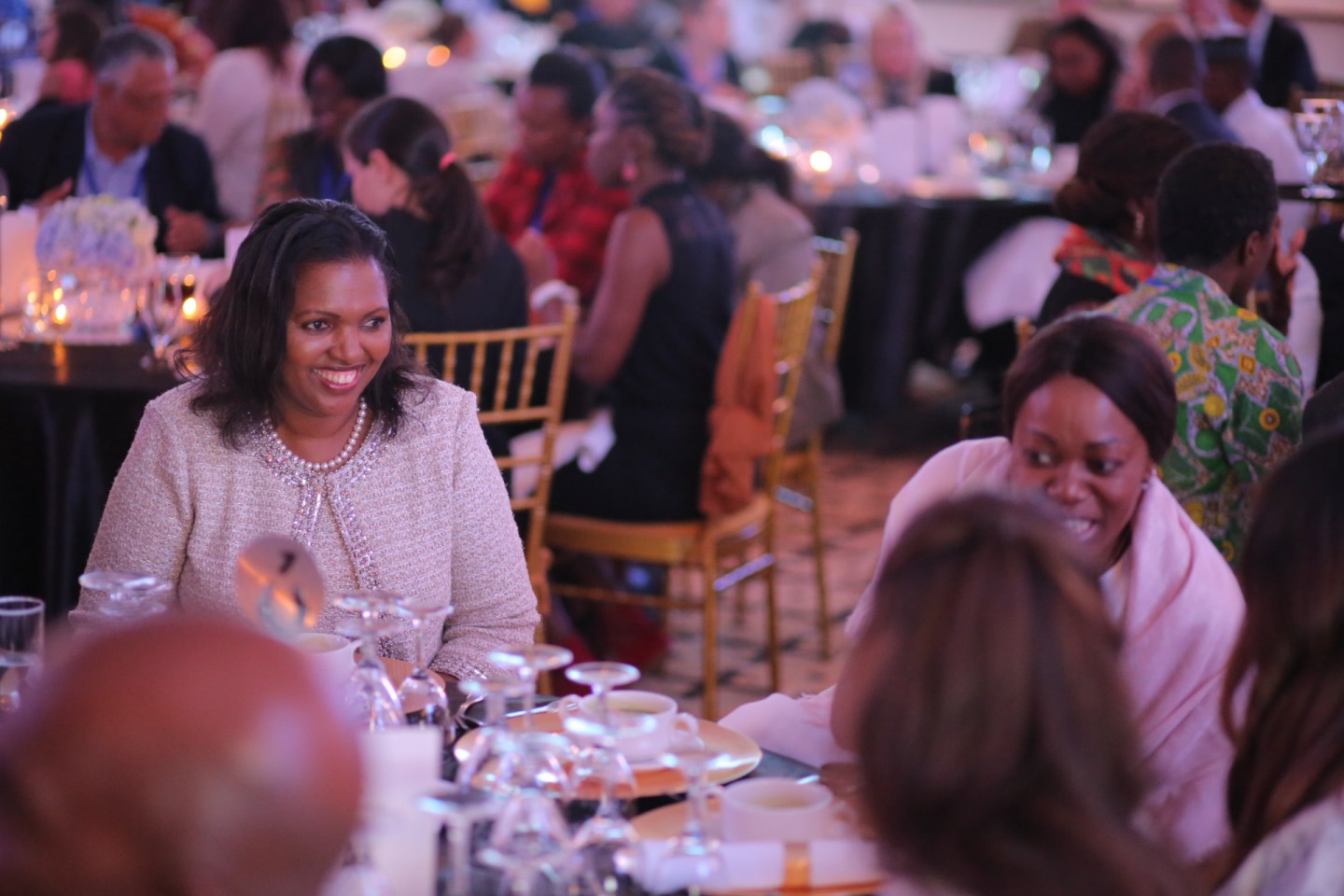 Gates, Bono, Buffett. For centuries, the face of global philanthropy has been distinctly white – and male. But that’s changing. As Africa’s economy continues to expand, albeit at a slower pace than in previous years, its homegrown millionaires are choosing to take development matters into their own hands. And many of them are women.

This new breed of African female do-gooder comes in all shapes and sizes. From Nigerian tycoon Folorunsho Alakija, who provides business grants for widows and orphans, to Ethiopian supermodel and maternal health advocate Liya Kebede, they’re making strides, though success is hardly guaranteed.

A region in motion

While plunging commodity prices have recently posed huge challenges to Africa, the continent has expanded significantly over the last two decades. Since 2000, Africa averaged 5% annual growth, and Sub-Saharan Africa has averaged 6% annual growth, according to a 2015 report by real-estate consultancy Knight Frank. During that time, the number of millionaires in the country reportedly jumped 145% to 161,000.

Still, that wealth has hardly been felt equally. The region is still home to most of the poorest countries on earth. Despite Sub-Saharan Africa receiving more development assistance than any other part of the planet — some $36 billion a year — there’s plenty for philanthropists to do, particularly in the way of women’s causes. Sub-Saharan Africa is home to 11.8 million unschooled girls, has the highest rates of maternal mortality in the world and 34 percent of its women are married before the age of 18.

Related: UPS Backing a Startup That Will Use Drones to Deliver Blood in Rwanda

Western donors often look for ambitious technological solutions to these problems but Africa’s female philanthropists prefer to fund grassroots initiatives that transform communities one person at a time. Take Elizabeth Paul, for example. A few years back, this illiterate 51-year-old woman sold peanuts by the side of the road in Lagos, Nigeria. Now she runs her own interior design firm, employs 10 others and is putting her two daughters through college. “African women, we are capable of anything,” she says. “We just need someone to believe in us.”

For Paul, that someone was Olajumoke Adenowo, a renowned Nigerian architect and one of the continent’s most prolific female philanthropists. With an annual budget of half a million dollars, Adenowo’s Awesome Treasures Foundation says it has helped 11,000 women start their own businesses through mentorship schemes and entrepreneurship summits. She says women tend to share whatever extra education or income they get with their families — especially their children — so investing on them has a ripple effect on the communities. “Whatever women receive, we always give back,” she says.

African female philanthropists have their own style of doing things, preferring grassroots initiatives that keep them “close to the ground,” says Nigerian social entrepreneur Ndidi Nwuneli. In addition to training social innovators through her nonprofit, LEAP Africa, Nwuneli has been the director of the African Philanthropy Forum since its foundation two years ago. The organization, which organizes meetups between local philanthropists, counts 140 members and most of whom are women.

Africa’s female philanthropists may also have an advantage over their Western counterparts. After all, “how can you understand the problems of a place you haven’t lived in?” asks Tsitsi Masiyiwa. This Zimbabwean benefactor runs the Higherlife Foundation, a pan-African nonprofit funded largely by her husband’s telecom business. While Oprah Winfrey has built one school in South Africa, Masiyiwa says she has provided training and scholarships to over 250,000 children in half a dozen countries. She believes the Western approach is often too removed and academic. “When you live where you give,” she says, “you’d better be truly helping because people will hold you accountable.”

Foreign aid is plagued with examples of well-meaning debacles like the 50,000 broken wells across rural Africa or the $22 million fish processing plant the Norwegian government built in a region of Kenya without power to operate it. But can these female philanthropists avoid the same pitfalls? It’s doubtful, says Paloma Raggo, professor of globalization of philanthropy at Carleton University in Canada. For starters, the amount of foreign money being poured into the continent still dwarfs their donations. What’s more, Raggo says, “philanthropy has shown to be ineffective and can incentivize governments not to address some of the problems themselves.” The idea of philanthropy, she argues, is an archaic Western concept Africans should do well to reinvent instead of just copy.

Even if they manage to innovate, Africa’s female philanthropists face obstacles their Western counterparts don’t. The biggest one, says Masiyiwa, is a lack of credibility. “Africans are seen as untrustworthy and corrupt,” she says. “It’s easier for an American woman to land in Kenya and get funding than it is for local champions.” There are also no tax incentives for philanthropy in most Sub-Saharan countries, which means it’s actually more expensive for local millionaires to give to their own people than it is for foreign ones to donate half a world away.

Still, there’s a chance bringing together Western and African female donors might help them overcome their respective challenges. The African Philanthropy Forum wants local philanthropists to leverage their connections on the ground to ensure the West’s well-intentioned ideas work in practice. And Western women to help their African colleagues get support for their ambitious work.

“We are done teaching women how to fish,” says Adenowo. “We want to give them the whole damn lake.”