The Most Important Lesson I’ve Learned as an Entrepreneur 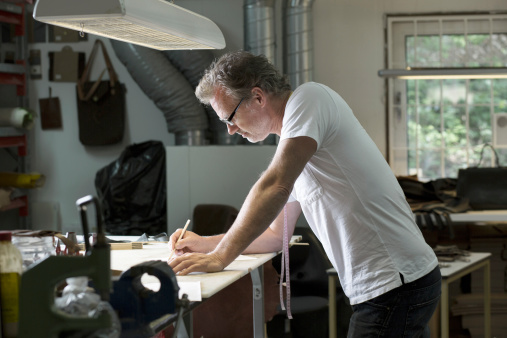 The Leadership Insiders network is an online community where the most thoughtful and influential people in business contribute answers to timely questions about careers and leadership. Today’s answer to the question “What’s the most important lesson you’ve learned in your career?” is written by Ratmir Timashev, founder and CEO of Veeam.

The most important lesson I’ve learned in business is that to be successful, you have to be at the right place at the right time with a brilliant product. At my first startup in the mid-90s, our online e-commerce store was well-timed and we were offering a compelling service, but we were in Columbus, Ohio, and had no access to local venture capital.

Knowing the right time and place for a business is difficult to determine. The goal is to enter a market at an early or relatively early stage, before it starts to explode, in order to capitalize on the fastest growth. But you don’t want to be too early or too late.

You have to evaluate the market dynamics and deeply understand the customer base. In the technology industry, it’s too early if the technology is not ready or people are simply not ready to embrace it, and it’s too late when companies with a critical mass are already present in the market – especially for Internet-based companies.

It’s easier to tell if it’s too early. There’s usually a lot of hype and people are talking there aren’t enough people paying for the service or product. You have to enter a market when it’s still small, but is already real – meaning that customers are buying the product or service and the market will explode at least 30-100 times in the next five years. You don’t want to enter a market that’s only being hyped by journalist and analysts.

Related: The Best Thing to Do After a Stressful Day

The mobile device market is a good example of this. Early on, there were a lot of smart devices and a lot of hype, but not much money or traction. For the market to explode, a variety of previously disparate tech components needed to come together – mobile internet, touch screens, etc. Jumping in too early can be a huge waste of resources. Companies tend to focus on things that their customers don’t need because it’s too soon to know what customers will actually pay for.

It’s harder to know when it’s too late, but generally, the opportunity is gone if there are two or three established leaders or several competitors who are already present and controlling the market. Another telltale sign is when the market is mature and barely growing. You don’t want to try to be the new Facebook. Also, keep in mind that markets in different geographies grow at very different rates, so while you may be late in one location, you could be early or on time in another.

You shouldn’t aim to be the first to market as first entrants tend to educate the market – Myspace prepared the market for Facebook. Google, Facebook, Skype, Microsoft, Oracle, Apple – they weren’t the first, but they were in the right place at the right time. Google beat Yahoo in search even though it came to the market years later. The way to compete when you’re late to the market is with a much better product or a better business model.