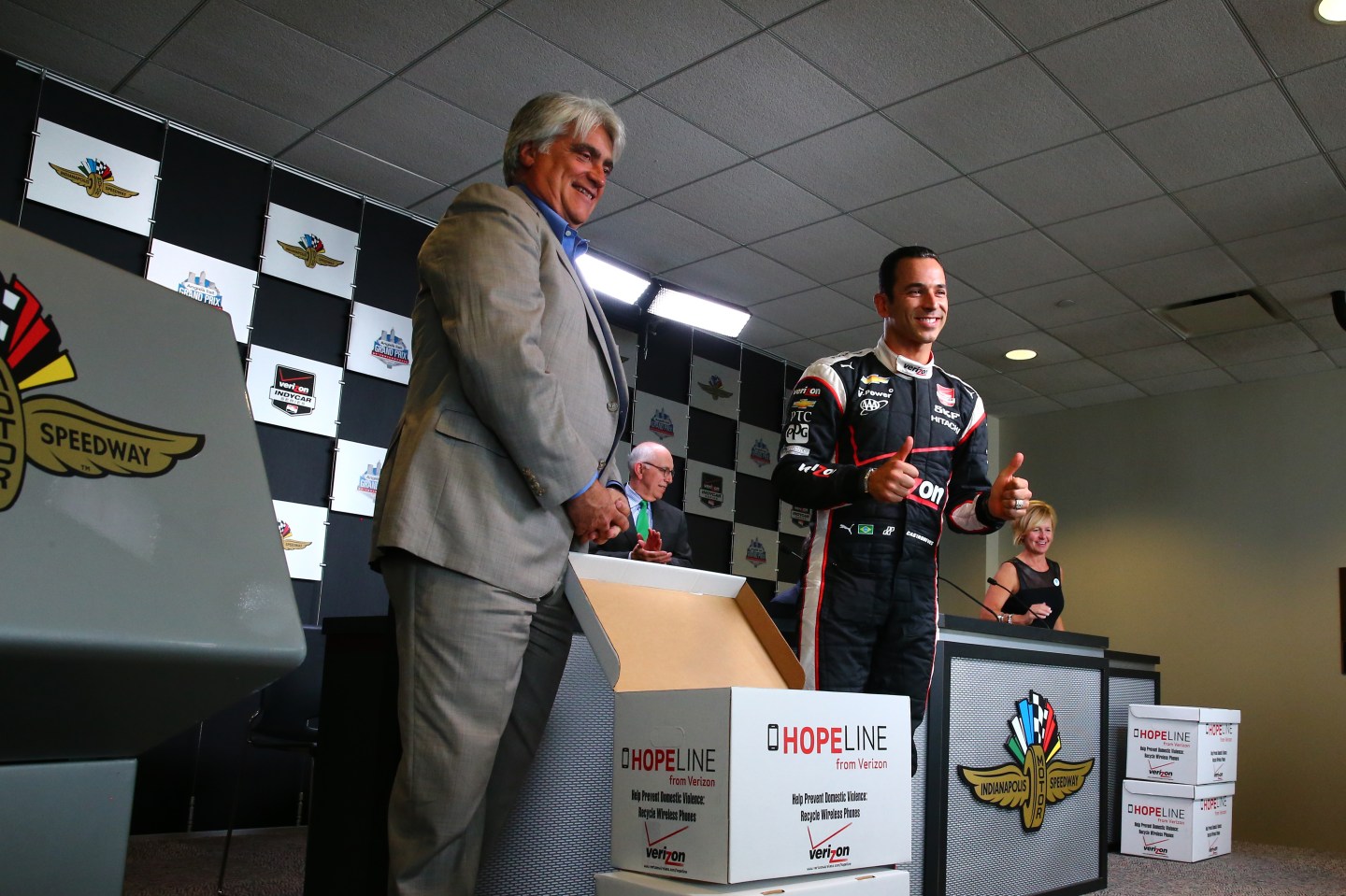 The world’s most famous auto race, run on the planet’s biggest racetrack is ready for its biggest Race Day yet. The Indianapolis 500 already has a century’s worth of cache and drivers from around the globe dream of taking the checkered flag, motoring onto victory lane, and swilling milk per tradition.

But for the race’s Centennial, the Indianapolis Motor Speedway (IMS) has just finished a three-year, three-stage renovation to commemorate the 100th running (the first race was in 1911 but it was not held several years during both World War I and II).

The renovations, known as Project 100, were bankrolled by a $90 million loan from the Indiana state government, financed by bonds, which will be paid back through projected higher sales and taxes generated by the Speedway. IMS officials say if it’s not they will write a check for the balance in 30 years.

For this weekend’s 100th Indy 500, the massive complex is set to become the second largest city in Indiana. Some estimates expect a crowd north of 350,000 people on race day.

Mark Miles is president/CEO of Hulman & Co., which owns the track, the race, and the INDYCAR circuit. The 62-year-old fondly recalls his first big race and discusses upgrades, trivia and the iconic Indy 500 with Fortune.

Fortune: Before we get to the spruced-up track, let’s head down Memory Lane. When did you first attend the Indy 500?

Miles: My first experience in getting to the track was sneaking in inside the trunk of a car filled with high school buddies. Everybody would’ve stashed as many people or cases of beer as they could in their trunk in those days.

Fortune: Things will be a little bit different for you and for other fans than it was back then. Although it sounds like from the demand for tickets, some folks may need to get smuggled in. How are you celebrating and what’s on tap for the Centennial Race festivities?

Miles: We’re going to celebrate it by getting everyone we know here. All of our hospitality products with catering sold out and yet we have still been getting calls from long-time customers and team owners to have another suite. We built 15 chalets, temporary suites like the PGA TOUR does around the fairways and greens, in the first turn on the infield, three outside of the back straightaway between turns two and three.

We have sold out every reserved seat. I don’t know when that last happened. I have records going back to 1995.

Fortune: And you’re offering additional activities for visitors attracted as much by the spectacle as for the race. What are those plans?

Miles: There will be 20,000 to 40,000 people tailgating in the infield, along the third turn. They’ll be paying general admission. Now the Snake Pit, where the debauchery used to take place, is on the infield side of the first turn. Now we create a high production, fenced-in EDM [electronic dance music] festival. So you buy a general admission ticket for the infield and then pay again to get into the EDM festival confines. We cut that off at 30,000 for a reasonable crowd [it’s sold out]. That’s going on during the race. You can’t see the track, it’s just a place to be for fear of missing out—FOMO. College kids want to be there.

Fortune: The Indianapolis Speedway, like many sports landmarks, upgraded and updated its fan experience through Project 100. Are the modifications ready for the green flag?

Miller: Everything’s working, everything is substantially modernized. Most of the investment is in between the exit of the fourth turn of the oval and the exit of the first turn, the main straightaway, the middle is the Yard of Bricks, the grandstand’s opposite the pits on the front part of the oval.

The Hulman Suites area has been redone. They’re like a club section now, you can buy two or 20 seats, then you and your guests can use common hospitality like any new Major League Baseball or NFL stadium, and get your food and beverage there.

You can see the track, unlike the Colts club area where you can’t see the field except on TV, here you can do both.

Every seat in the Penthouse used to be a metal bench or circa 1980 green folding chair like one that goes around a card table. We replaced them with 18,000 proper stadium individual seats, and put in more than at Bankers Life Fieldhouse where the (Indiana) Pacers player.
There are 10 elevators now, where there used to be three. We increased [wheelchair] accessible seats by 250 places, great seats, before you couldn’t get in there in a wheelchair.

Most of the big screens are new through an arrangement with Panasonic and Project 100 funding. There’s a retention fence all the way around, it keeps cars out of the crowd, and is easier to see through for the crowd.

Fortune: The Indy 500 is rich with history, its name conjures up images of photo finishes and the winners often become household names. Why do you think the race has such a mystique?

Miller: It started as a sensational, conspicuous event [500 miles was an incredibly long journey for an automobile in 1911] and it has pretty much maintained that. I think it’s a combination of the scale of it–it’s a massive place–and when it’s full, all the tradition and presentation of it captures people.

The base is race fans and then it’s a bucket list event that people from all over the world want to attend. We’re careful to respect our traditions.

Wimbledon and Augusta National Golf Club are best in class; they exude their traditions and constantly reinvent themselves with technology for fans and we want to be in that lane.

It absolutely makes the career of a driver more than winning a grand slam in tennis. It makes them legendary.

Fortune: How did your prior sports business experience prepare you to run Hulman and by extension, the Indy 500, INDYCAR circuit, and the Speedway?

Miller: I was president of the Pan American Games [in Indianapolis] in 1987, then I was chairman of the board for the Indianapolis Super Bowl Committee in 2012. Then I ran the ATP (Association of Tennis Professionals), which is more relevant for the INDYCAR organization. It’s all about making the rules, setting a schedule, promoting the sport, negotiating sponsorships, all the things leagues do. The experience at the Speedway is more like if [the ATP] ran Wimbledon, which we didn’t.

Fortune: What’s one thing about the Indy 500 people may not know?

Miller: You can fit all of the Rose Bowl, Churchill Downs, Yankee Stadium, Wimbledon, and the Vatican inside of Indianapolis Motor Speedway. It’s that vast of a place. It’s that scale, populated by this huge crowd that makes it almost indescribable. I think the size of the crowd makes us the largest annual sporting event in the world.