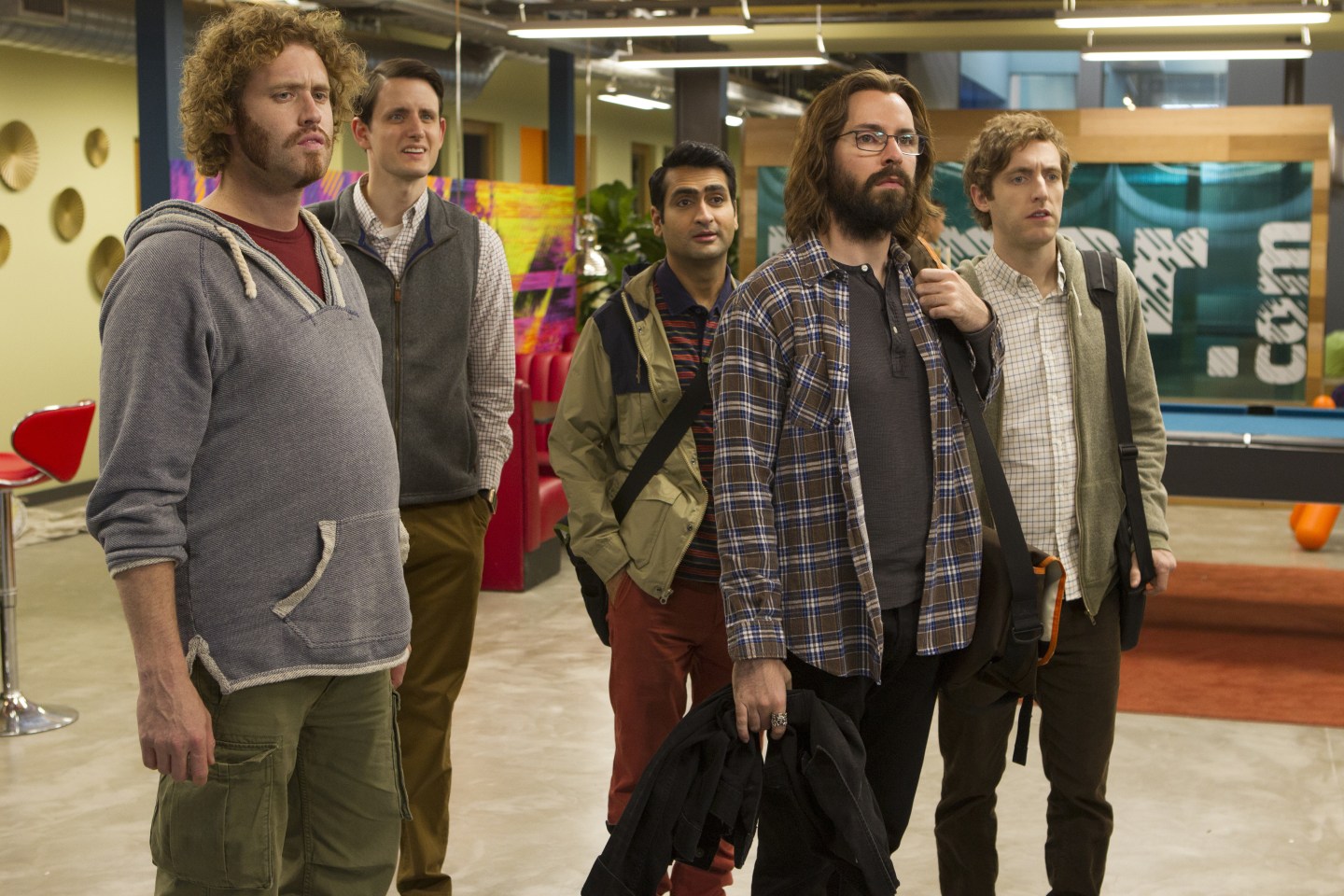 The timing of the sixth episode of HBO’s Silicon Valley show couldn’t be any more perfect.

After a tech news blog publishes a scathing report about Gavin Belson, the CEO of the show’s Google-like company, scrubbing all online mentions of a failed company project, Belson turns to litigation to exact revenge.

But after his attorneys dismiss his suggestion to sue the reporter for libel—what she wrote is true, after all—Belson ask what he can do to her anonymous informant who leaked the information. Surely he breached his non-disclosure agreement, Belson posits. The only problem, however, is that journalists rarely, if ever, reveal their sources, his attorneys point out.

“Well then I’ll just have to light a fire under that reporter’s ass, won’t I?” he retorts in a not-so-subtle assertion that he wants to sue her into divulging her source.

Though there’s no way HBO could have knowingly planned this, the show’s timing is beyond ironic. Last week, PayPal co-founder and Facebook investor Peter Thiel revealed himself as the secret financier of Hulk Hogan’s lawsuit against Gawker Media for invading his privacy when it published a short video clip of him having sex with his friend’s then-wife. In March, a Florida jury side with Hogan and awarded him $140 million, a sum that will most likely bankrupt Gawker.

Though Hogan’s dispute with Gawker and Belson’s legal attack against the tech blog are different, there are some similarities.

For one, there’s the idea that a rich tech entrepreneur can use his money and the judicial system against a publication that has angered him. (Let’s leave aside some folks’ argument that Gawker isn’t journalism for a moment.) Many journalists find this part of the story uncomfortable—especially given that it’s not the first time a wealthy man has gone after the media. In many instances, the law has sided with the media, exposing the lawsuits as mere devices of financial torture and revenge.

Later in the episode, Erlich Bachman, who currently houses the Pied Piper gang, figures out a “solution” to Belson’s legal threats. After forming an investment fund with Nelson “Big Head Bighetti,” a former Pied Piper employee and the anonymous source of unflattering story about Belson, Bachman decides to purchase the tech publication—for a mere $500,000. Too bad the two will find themselves penniless later after mismanaging Bighetti’s money.

But again, that invokes parallels with reality. Over the past decade, venture capitalists have financed tech publications, which has raised questions over ethics and conflicts of interest. That’s not to mention all the calls (jokes?) for Thiel to simply buy Gawker now that it’s facing possible bankruptcy and is reportedly looking for a buyer.

Meanwhile, the Pied Piper guys tackled an equally stressful challenge: women. As the opening of the episode, newly-restored Pied Piper CEO Richard Hendricks chats up a woman at a bar and scores her number, much to the surprise of his friends. Eventually, Hendricks and Winnie, a tall brunette who works at Facebook as an engineer, go on a couple of dates despite the Pied Piper team’s teasing of Hendricks for getting “the bartender’s” number, as they refer to her.

At the same time, Jared Dunn, the startup’s business guy and parental figure, and Dinesh Chugtai, one of the engineers, also nurture their own love lives. Dunn, polite and soft spoken, announces he’s ready to get back into the dating world now that Hendricks has.

Chugtai, on the other hand, finds himself attracted to one of Pied Piper’s temporary programmers abroad. Elisabet, the object of his awkward flirting, lives in Eastern Europe and seems interested at first. That is until Chugtai hacks together a higher-quality video chat tool for them and she realizes he’s not quite the “Pakistani Denzel Washington” he claimed to be. The video call ends quite quickly after she fabricates a significant other as an escape.

True to the show’s tradition of stereotypes, there are plenty here as well. Though Winnie is an engineer and attractive, she has to fight to prove her smarts to the Pied Piper guys, who don’t seem to truly respect her until she shows them her impressive graduate school work. They also call her a “founder hounder,” Silicon Valley’s breed of gold diggers.

Yet, her relationship with Hendricks dissolves very quickly when he decides that their programming styles aren’t compatible, and he just can’t be with someone who uses “spaces instead of tabs” (in code formatting) and “Vim over Emacs” (code-editing software). The subtext: Your inferior programming decisions make you not good enough for me.

The team is also in total shock when Dunn says goodbye to a pretty brunette had had brought home. “What? I’m an adult and like the rest of you, I’m a sexual being,” Dunn explains to his utterly confused friends who clearly believe all geeky and awkward tech workers are destined for celibacy.

But at least there were smart women on the show, and may we continue to see more of them around.