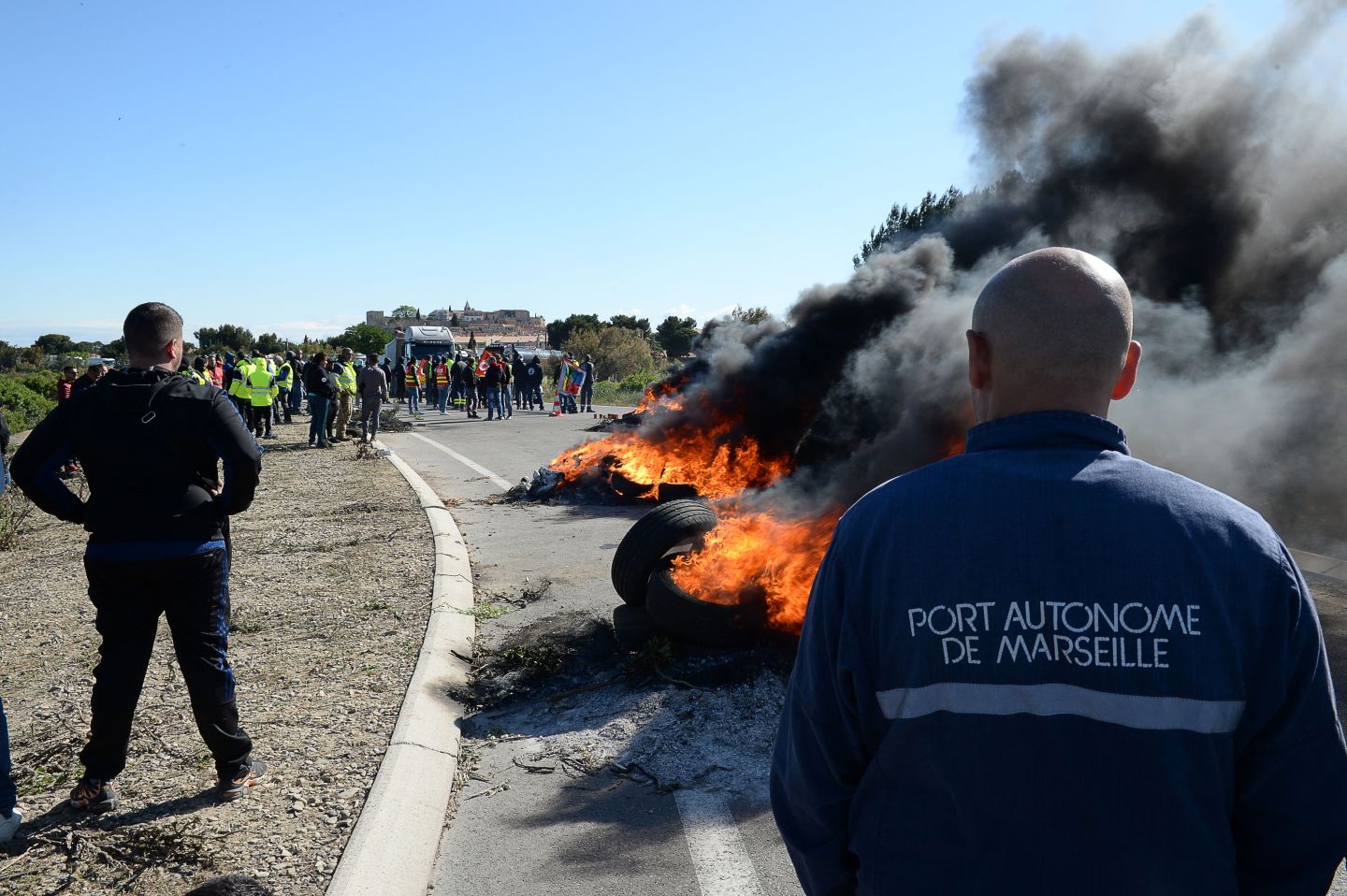 The French government will stand by its labor reform plans, it said on Sunday, while resuming talks with unions in an effort to end widespread protests before the country hosts the Euro 2016 soccer tournament next month.

The hardline CGT union has organized street protests, train strikes and refinery blockades to pressure the government to scrap plans that would make it easier for companies to hire and fire workers.

French Prime Minister Manuel Valls was quoted as saying on Sunday that he is determined not to join a long list of politicians who have conceded defeat to protesters.

“If we gave in to the street and to CGT because we were obsessed over the short term by 2017 (presidential elections), we would lose everything,” Valls told French newspaper Le Journal du Dimanche.

For more on unions, watch:

In the mid-1990s Prime Minister Alain Juppe triggered France’s worst unrest in decades because he would not budge on pension reform but he eventually backed down after weeks of industrial action and protests.

The dispute has sent Valls’ approval rating to 24%, its lowest since he became Prime Minister, according to a poll conducted by BVA for Orange et iTELE. Juppe resigned as prime minister in 1996 after his rating dropped below 25% .

The government is under pressure to find a solution to the latest stand-off before the June 10 start of the Euro 2016 tournament, which the CGT has threatened to disrupt.

“I cannot believe for a second that he (CGT union chief Philippe Martinez) will take France hostage, because the image of France is at stake,” Socialist party leader Jean-Christophe Cambadelis told RTL radio station on Sunday.

The Standoff Over France’s New Labor Laws Is Escalating

The Prime Minister had all trade unions leaders on the phone on Saturday, government spokesman Stephane Le Foll told France 3 TV. “This is a proof that nothing is completely finished…We are ready to discuss, but not to give up,” he said.

A source close to the prime minister’s office said that, while Valls and Martinez have been unable to reach agreement so far, he has sought to reassure more supportive unions that he will stand firm on the text of the draft labor bill.

A plan to overhaul labor rules is crucial to proving France’s ability to reform, Finance Minister Michel Sapin said in an interview with Reuters and three European newspapers.

HomeAway Is Transforming the Eiffel Tower into a Vacation Home

“First and foremost we must be firm,” Sapin said. “Doing otherwise would be wrong with respect to (other) labor unions, most of whom support the text.”

The more moderate CFDT union backs proposed reform that will allow businesses to lay off staff more easily in hard times but also give unions more power to negotiate unilateral deals with companies rather than national collective agreements.

“There will be no withdrawal of the text…We are not in ’68,” government spokesman Stephane Le Foll told France 3 TV, referring to the student-worker uprising in 1968.