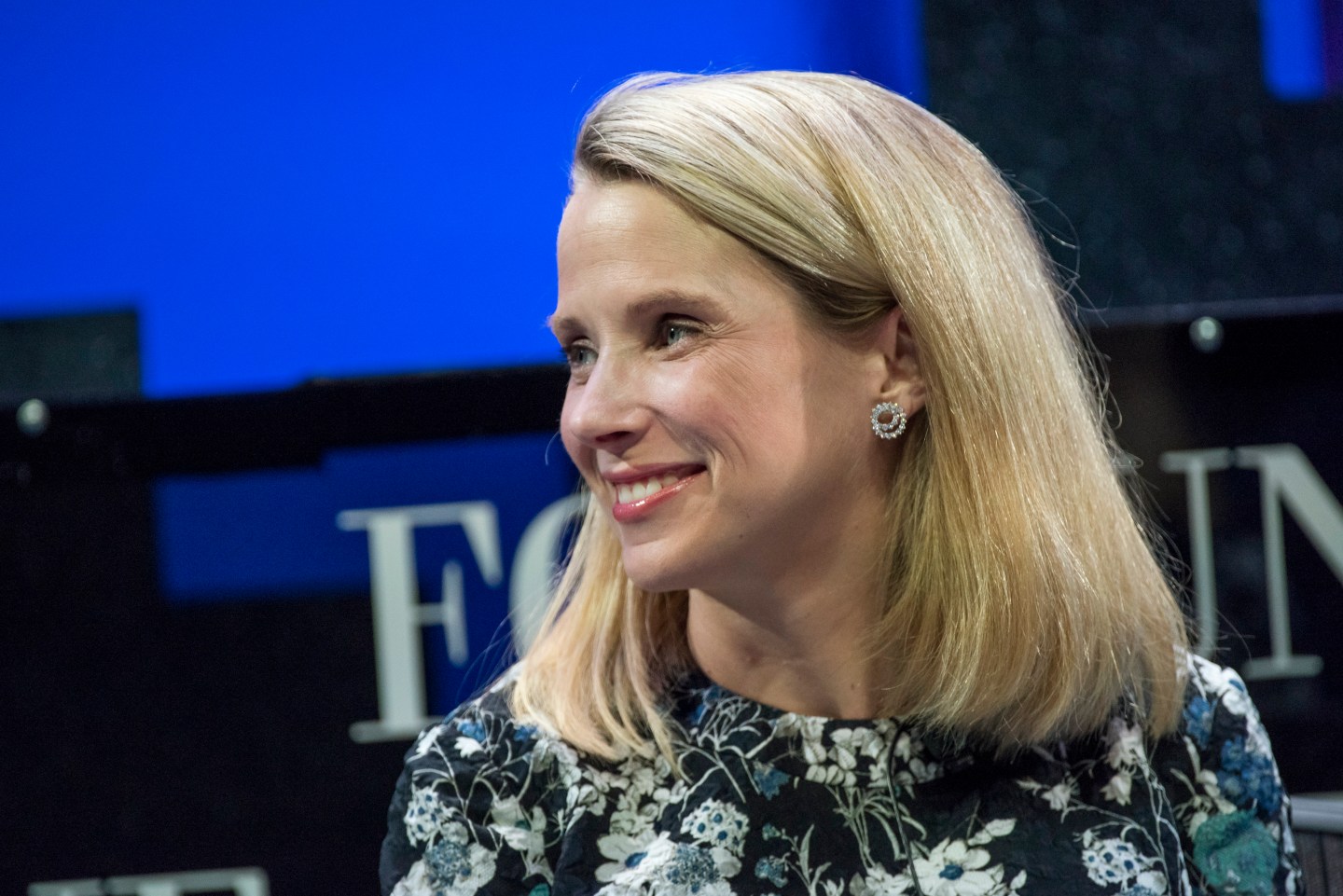 Marissa Mayer, president and chief executive officer of Yahoo! Inc., listens during the 2015 Fortune Global Forum in San Francisco, California, U.S., on Tuesday, Nov. 3, 2015. The forum gathers Global 500 CEO's and innovators, builders, and technologists from some of the most dynamic, emerging companies all over the world to facilitate relationship building at the highest levels. Photographer: David Paul Morris/Bloomberg via Getty Images
Photograph by David Paul Morris—Bloomberg via Getty Images

Verizon Communications is working on its bid for Yahoo’s core assets with an investment bank which was, as recently as last year, one of the U.S. internet company’s top advisers, people familiar with the matter said.

Verizon (VZ) has added former Yahoo adviser Bank of America to its roster of investment banks, as the U.S. telecommunications carrier seeks an edge over other bidders ahead of a June 6 second-round bid deadline in the auction for the core assets, the people said this week.

The sources asked not to be identified because details of the auction process are confidential. Verizon, Yahoo (YHOO) and Bank of America declined to comment.

Bank of America (BAC) has intimate knowledge of Yahoo. The bank was listed as its lead adviser last year on a plan to spin off its 15% stake in China’s e-commerce company Alibaba Group Holding (BABA), whose value is equivalent to 84% of Yahoo’s $35 billion market capitalization.

That plan was abandoned in December on concerns that the spin-off could result in a tax bill that would have potentially exceeded $10 billion.

Bank of America can also help provide financing for Verizon’s offer. The three other investment banks working on the bid – Guggenheim Partners LLC, LionTree LLC and Allen & Company—are boutiques with limited or no balance sheet for deal financing.

While Verizon is prepared to buy all the core assets, the New York-based company is primarily interested in Yahoo’s advertising technology tools, according to one of the sources.

It is also examining how the other assets up for sale, such as search, mail and messenger, could be combined with the corresponding businesses of AOL, which it acquired last year for $4.4 billion, the source said.

Given its synergies with AOL, analysts see Verizon as the most likely candidate to prevail in the auction for Yahoo’s web business, which has garnered interest from a host of private equity firms and other bidders such as a Warren Buffett-backed consortium led by Quicken Loans Inc founder Dan Gilbert.

While valuation estimates for Yahoo’s core assets vary, sources have suggested that first-round bids for the assets ranged from $4 billion to $8 billion.

Beyond AOL, Verizon has taken other steps to advance its advertising-backed internet business, including taking over Microsoft Corp’s advertising technology unit and buying a company called Millennial Media.