How Disney Aims to Dominate This Year’s Summer Box Office 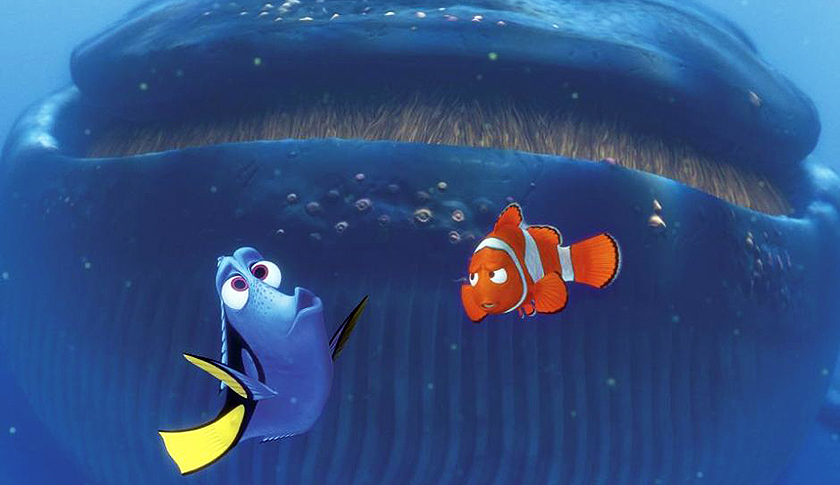 Memorial Day isn’t even here yet, and Disney is already the favorite to wear the summer box-office crown thanks to a patriotic superhero and a forgetful blue fish.

While this weekend marks the unofficial start of summer, Hollywood starts counting summer ticket sales in early May, which is when Walt Disney’s (DIS) Captain America: Civil War charged into theaters. The Marvel Studios film featuring a bevy of tights-clad superheroes engaged in various battles royale has already punched its way to more than $1 billion in global ticket sales after less than a month in theaters, according to Box Office Mojo.

“Disney’s definitely off to a rollicking start,” Paul Dergarabedian, senior media analyst at ComScore (SCOR), told Fortune. A big summer for Disney and its rivals could help propel the industry past last summer’s totals of $4.5 billion in domestic ticket sales (and $9.5 billion globally), which represented an uptick from a weak summer box office of 2014 but still failed to top 2013’s all-time record for the season ($4.9 billion domestically).

Disney isn’t done, though, with Alice Through the Looking Glass set to debut in theaters this weekend. The “Mouse House” hopes the film can follow in the footsteps of Alice in Wonderland—a surprise blockbuster that pulled in $1 billion globally six years ago. Both films feature a heavy mix of computer-animated and live-action characters from the beloved children’s tales, while Alice Through the Looking Glass will try to overcome mediocre reviews the same way its predecessor did in 2010.

But the movie that could blow those two films out of the water (along with all of Hollywood’s other summer entries) is Finding Dory—the highly anticipated Pixar animated spinoff of 2003’s Finding Nemo—the animated classic that made more than $930 million worldwide more than a decade ago. Industry analysts predict Finding Dory—which brings back the voice talents of Ellen DeGeneres and Albert Brooks—could give Disney another billion-dollar earner and another blockbuster family-friendly flick in 2016 (after Zootopia and The Jungle Book both performed admirably earlier this year).

Two more family-oriented films will also have the potential to become surprise hits. July’s The BFG, adapted from the Roald Dahl book, boasts an iconic director in Steven Spielberg but has received tepid reviews, while August’s Pete’s Dragon is a remake of a Disney movie from the 1970s.

It won’t be a cakewalk for Disney though. All of the other major studios also have high hopes for their own big-budget blockbusters. ComScore’s Dergarabedian describes this year’s slate of summer films as “solid,” if not spectacular, noting that most of the major studios boast at least one blockbuster contender of their own. But the key to a strong overall summer for Hollywood is that several studios are able to churn out a variety of solid hits from early May through Labor Day. Rather than a few huge hits scattered throughout the season, the industry should hope for a wide range of popular movies that keep theaters’ seats consistently filled—something Dergarabedian describes as a “big momentum machine that just keeps rolling through the summer.”

Here are the movies at each of the other major studios that are vying for this summer’s biggest box-office hit:

20th Century Fox : Like Disney, Fox (FOX) is looking to capitalize on Memorial Day, releasing a franchise follow-up in X-Men: Apocalypse over the holiday weekend. The X-Men have never fared quite as well as Disney’s Marvel movies at the box office, but 2014’s X-Men: Days of Future Past posted a solid $90 million domestic opening on its way to making just under $750 million worldwide.

Aside from X-Men, Fox has a few other summer releases with the potential to be surprise blockbusters, including the two-decades-later sequel (sans Will Smith) Independence Day: Resurgence. The studio could also score a hit with animated sequel Ice Age: Collision Course (the fourth in that series) or raunchy comedy Mike and Dave Need Wedding Dates. The good news for Fox is that it already scored a major surprise hit earlier this year, with February’s Deadpool (something of an X-Men spin-off).

Warner Bros: The Time Warner-owned (TWX) studio is still picking up the pieces from this spring’s Batman v Superman: Dawn of Justice, which overcame toxic reviews to make $871 million globally, but still disappointed enough to force Warner Bros. to make some executive changes regarding its DC Comics cinematic universe. That universe will appear again on the silver screen this summer when Suicide Squad shows up in August with what many fans hope will be a less dour tone than Batman v Superman.

The film boasts an all-star cast (Will Smith, Margot Robbie, and Jared Leto) and a non-traditional superhero-type plot that the studio must hope will play well with the droves of fans who turned out for Deadpool. Other potential sleepers for Warner include comedies Central Intelligence and War Dogs, as well as The Legend of Tarzan and horror sequel The Conjuring 2. Meanwhile, Dergarabedian also doesn’t think you should count out the Emilia Clarke-led romance Me Before You. “There’s always some sort of romantic film that does well,” he said.

Universal: The film division of Comcast-owned (CMCSA) NBCUniversal doesn’t necessarily have one film that screams blockbuster, but it does have a handful of summer films with the potential to storm the box office. Those include the star-studded family-friendly animated feature The Secret Life of Pets, as well as Matt Damon’s return to an incredibly popular action franchise with Jason Bourne. Meanwhile, the studio also has director Duncan Jones (the son of the late David Bowie) bringing the role-playing game adaptation Warcraft to the big screen. World of Warcraft is one of the most popular gaming franchises ever, so it already has a large fanbase that could help turn the film into a hit.

Sony: Despite the online (possibly sexist) vitriol, Sony’s (SNE) all female-led Ghostbusters reboot is still expected to tap into the passionate fanbase for the original 1984 movie (and its less popular 1989 sequel). Adjusted for ticket price inflation, the original Ghostbusters grossed more than $580 million, though the last three summer comedies directed by Paul Feig (who is directing the Ghostbusters reboot) and starring comedian Melissa McCarthy finished more in the $250 million range, according to Box Office Mojo.

Paramount: The studio, owned by Viacom (VIA), chose the weekend after Memorial Day to unleash its sequel to 2014’s surprisingly successful Teenage Mutant Ninja Turtles reboot, which made $493 million globally. The sequel, TMNT: Out of the Shadow, will likely vie with July’s Star Trek Beyond to be Paramount’s biggest summer hit. Of the two most recent Star Trek films, 2013’s Into the Darkness fared the best overall, pulling in $467 million globally. One potential sleeper for Paramount is a remake of all-time classic Ben-Hur, due out in late-August.