GM to End Production of Buick Verano Before End of Year 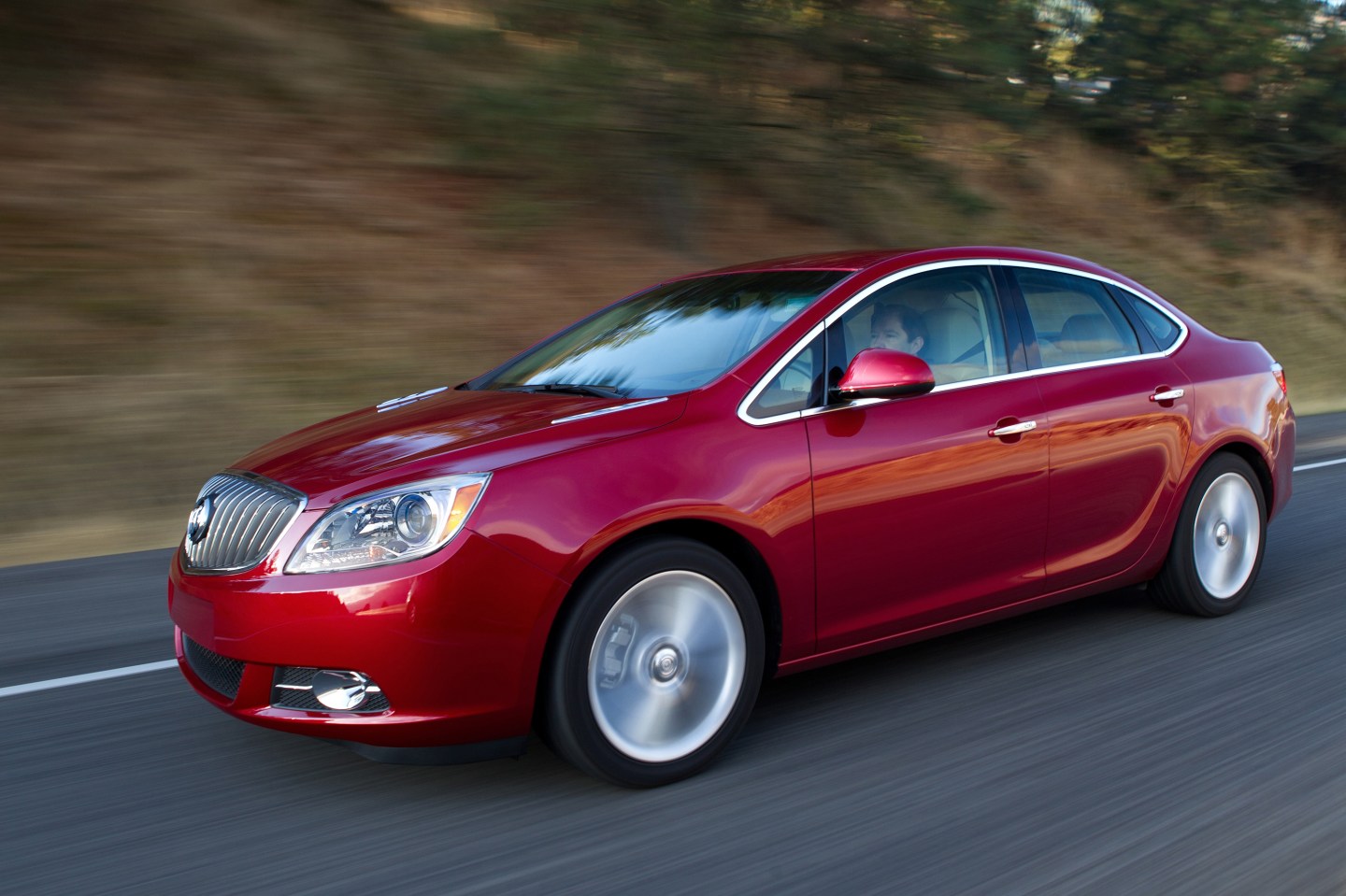 After weeks of speculation, General Motors has confirmed it is ending production of the Buick Verano, a compact sedan made at the Orion assembly plant in Orion Township, Michigan.

The Buick Verano, which was introduced in late 2011, will be phased out in North America in October following a short production run of the 2017 model year, GM spokesman Stuart Fowle said in an email.

Workers at the Orion assembly plant also make the Chevrolet Sonic. By the end of the year, they’ll produce the Chevrolet Bolt EV, an all-electric hatchback first shown off in January at CES, the annual consumer electronics trade show in Las Vegas. General Motors started pre-production of the Chevrolet Bolt EV in March, a notable milepost on the road towards producing a mass-market, all-electric car designed to compete with Tesla’s (TSLA) upcoming Model 3.

The Orion facility will continue to build the Sonic and is preparing for the arrival of the Bolt EV, Fowle said. He added that the discontinuation of the Verano will not impact the size of the workforce in Orion.

Check out these new models from Buick, Hyundai, and Volvo:

This is the second vehicle Orion has lost this year, which has fueled concerns of layoffs or reduced hours.

GM told employees in January that it would move production of a planned new vehicle at the Orion Township assembly plant to a factory in Kansas. The planned vehicle is rumored to be a crossover Cadillac.

At the time, a plant communications manager at Orion told Fortune the decision was announced as part of the company’s “product allocation process” to build vehicles effectively as possible.

Still, the plant lost more than a production car. The $245 million GM plans to invest in the still unnamed vehicle will go into the Fairfax plant in Kansas City, Kan. instead.

The Orion factory, which employs about 1,100 hourly and salaried workers, previously had three reductions in shifts.