The American Dream Is No Longer Possible Without a College Degree 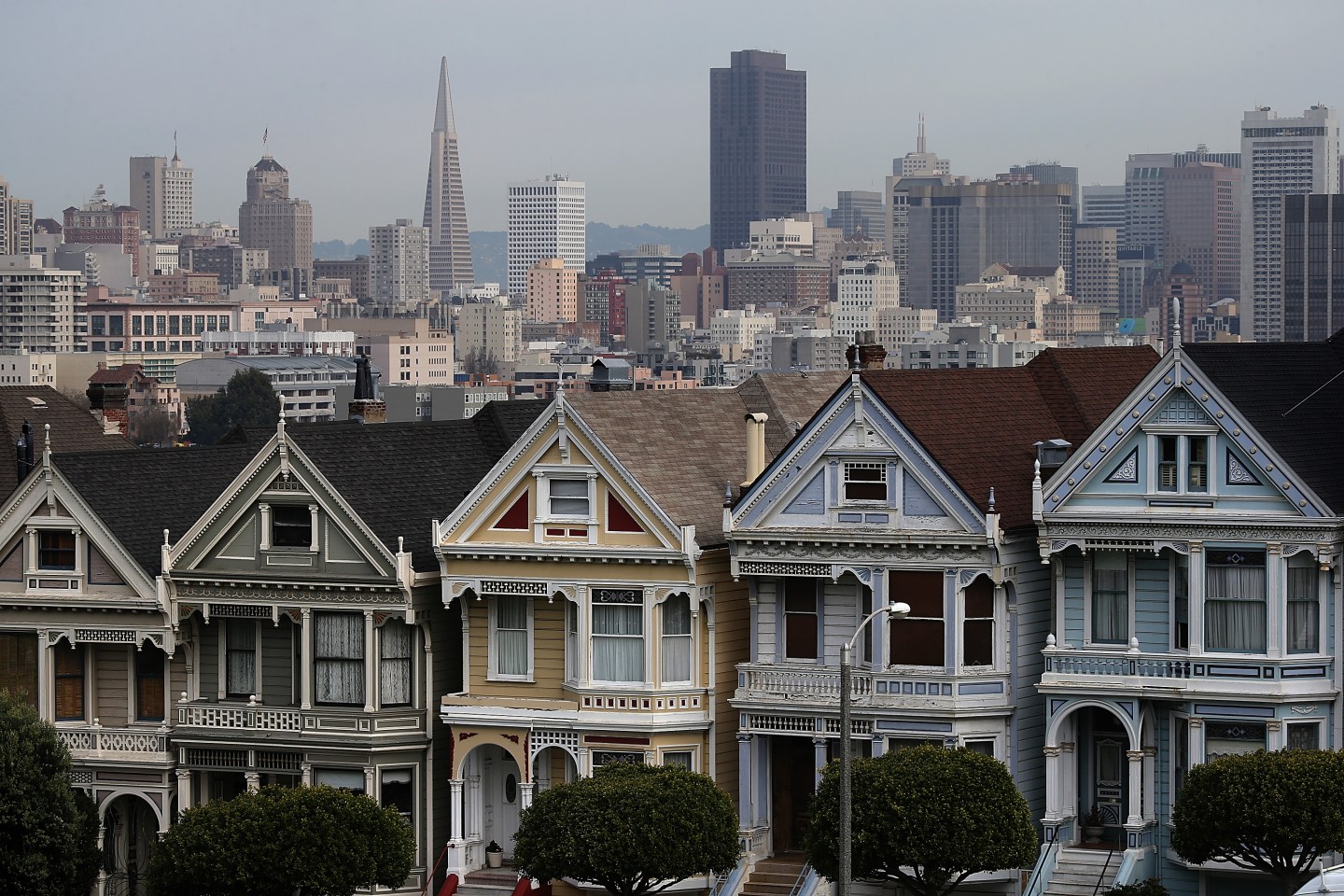 SAN FRANCISCO, CA - FEBRUARY 18: A view of San Francisco's famed Painted Ladies victorian houses on February 18, 2014 in San Francisco, California. According to a report by mortgage resource site HSH.com, an annual salary of $115,510 is needed to purchase a house in San Francisco where the median home price is $682,410. The report included 25 of the nations largest metropolitan cities with Cleveland, Ohio being the cheapest with a needed salary of $19,435 to purchase a home. (Photo by Justin Sullivan/Getty Images)
Photo by Justin Sullivan—Getty Images

Many people assume that record-low rates of homeownership among young adults is a consequence of high student loan debts, but new research by Apartment List shows that’s not necessarily the case. A much bigger problem: Low wages, and high housing prices, especially for millennials without a college degree.

The research, conducted by Andrew Woo for the rental listing website, found that people who did not go to college are in far worse shape when it comes to being able to afford a house than college graduates, even after factoring in student loan debt. The study surveyed 31,000 people between 18 and 34 years old.

“Among millennials without a college degree, however, the outlook for homeownership is bleak,” says the report.

Woo found that these days it would take the average person without a college degree 15 years to be able to afford to buy a house, or five years more than a college grad with student debt. But even that assessment looks optimistic.

Apartment List’s survey found that the average millennial without a college degree saves roughly $2,000 a year, about $1,000 less a month than what a similar-aged college graduate with student loan debt saves. According to Trulia, which is what Woo used, the average starter home these days costs $154,156. That’s how Woo gets to the figure that it would take a non-college graduate 15 years to save up for a downpayment to buy a house.

But here’s the thing: That would only be the case if mortgage rates stay where they are today, at roughly 3.5%, which are at historic lows. At today’s rates, a mortgage on the remaining amount a millennial would owe on a starter home after downpayment, $123,325, would be affordable.

But if rates on 30-year fixed mortgages returned to where they have averaged over the past 15 years, which is 5.5%, it would take a millennial without a college degree an additional eight and a half years to be able to afford a home, or more than 23 years. If instead 30-year mortgage rates go back to where they were 15 years ago, which was 7.3%, then the wait time to buy a house for a non-college grad shoots up by nearly 22 years, for a total of 37 years.

And that math is for what it costs to buy a house in the average city. In San Francisco, the second-most expensive city for starter homes, it would take a non-grad nearly 50 years just to save up for the 20% down payment—a massive jump up from the just over 11 years a college grad without student loans would have to wait. Factor in rising interest rates, and the number of years it would take someone without a college degree to buy in San Francisco shoots up to well over 100 years, which translates into never.

When it comes to millennials without a college degree, it appears the American Dream is more farfetched than ever.