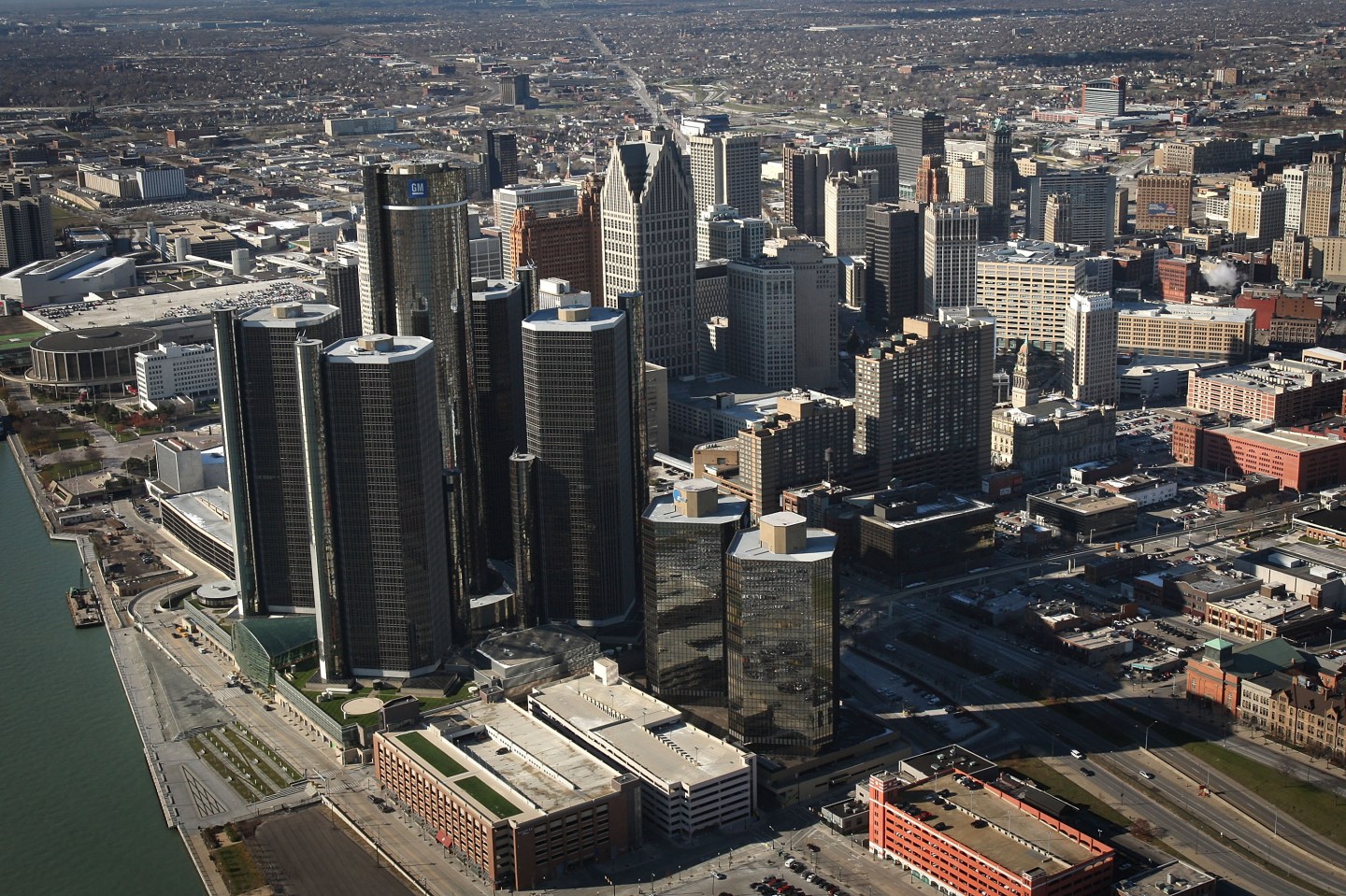 Detroit is experiencing a major issue that is impacting the city’s economy, according to a new report.

A shockingly large number of Detroit’s citizens—40%—do not have broadband access to the Internet despite attempts by the Federal Communications Commission (FCC) to make it more readily available across the United States, The New York Times reported on Monday. Detroit’s Internet access issues are the highest of any major city in the U.S., the Times adds, citing data from the FCC.

Internet availability has been cited as one a critical component in a person’s ability to succeed. Indeed, Facebook (FB) and its CEO Mark Zuckerberg have on countless occasions talked about the so-called “digital divide,” which enables those with Internet access to gain an advantage over those without it. Through Free Basics, a service Facebook has spearheaded, the company is trying to bring people online in emerging markets where Internet access isn’t readily available. The company has argued that its efforts help people improve their businesses, get out of poverty, and find jobs.

The FCC has similarly argued that connectivity is critical to future prosperity. In 2010, the agency announced the National Broadband Plan, which aims at connecting the millions of people around the U.S. that don’t have fast Internet service. The plan also includes getting faster networks into users’ homes. Ultimately, the agency says, the effort should help “stimulate economic growth, spur job creation, and boost America’s capabilities in education, health care, homeland security and more.”

While much of the FCC’s plan has focused on connecting rural areas of the U.S., the Times report suggests that the issue is occurring in urban areas and is especially acute in Detroit.

Indeed, Detroit has faced several problems over the last several years, due in large part to the troubled automotive industry. While unemployment has rebounded somewhat, falling to 11% in February, it’s still substantially higher than the national average. In certain neighborhoods across the city, unemployment is double that figure, according to the Times.

The next move, therefore, might be publicly provided free Wi-Fi hotspots. Indeed, in many places, including New York City and other major cities, funding is available to build free Wi-Fi hotspots for residents. While Detroit has already started that effort, funding is minimal, leaving it needing more cash to bring connectivity to other areas.

For more about about broadband, watch:

For its part, the FCC has initiated its own nationwide plan to deliver affordable connectivity to underserved areas. However, how that will impact Detroit and help those who are out of work and might need Internet connectivity to help them find a job, is unknown.

The FCC did not immediately respond to a request for comment.