Why Detroit could be the next Silicon Valley (and vice versa) 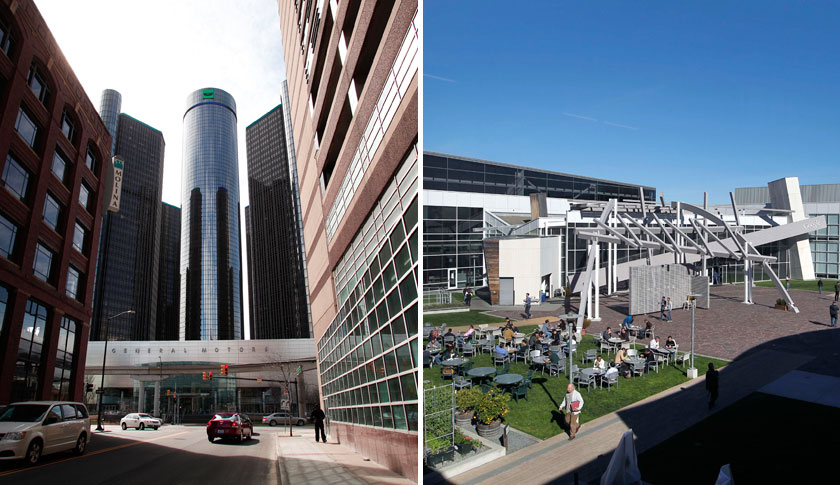 Historically, the economies of Detroit and Silicon Valley couldn’t look more different: the Motor City has long been known as a hub for manufacturing and the auto industry, while innovations in technology have dominated Silicon Valley. Despite their differences, these cities are actually more similar than most think.

Increasingly, manufacturing has gone high-tech in Detroit, while the Silicon Valley/San Jose region has seen an uptick in manufacturing. This isn’t what we might expect, but to understand this convergence, it helps to look at a recent Brookings report, which lists a group of 50 advanced industries, ranging from automobile manufacturing to software development. Together, they contain our nation’s most competitive and innovative firms. Nationally, these industries have an outsized impact on the economy—just 9% of the workforce, they produce 17% of gross domestic product and, since the end of the recession, advanced industries have created 65% of new jobs.

It would surprise no one that San Jose and Silicon Valley have the highest concentration of advanced industries workers in the country, with 30% of all jobs in the metro area in one of these R&D and STEM-intensive industries. While some might think Facebook (FB) and Twitter (TWTR ) dominate the Valley, manufacturing actually employs nearly half (46.1%) of workers. These 134,000 workers produce everything from semiconductors to computer equipment to aerospace parts and pharmaceuticals.

The reverse dynamic is at play in Detroit. While the automotive industry accounts for over one-third of all advanced industry employment, services still employ almost half. Over 32,000 professionals in the Detroit metro area are employed in the computer systems design sector alone—many of which feed into the larger automotive supply chain.

Still, even this data obscures just how much the business of innovation is changing —and how firms are responding. General Motors (GM) remains one of the largest employers in Detroit, mostly within automotive manufacturing. But increasingly, the automaker has also been getting into the software space, according to patenting data, which shows that GM filed 592 software patents over the past five years, accounting for over 15% of their patenting activity.

Similarly, Google (GOOG), a software company, is rapidly moving into manufacturing. Thirty-nine percent of its patents from 2007-2012 have been in hardware — computer hardware, yes, but also power and energy devices, as well as mechanical hardware—many originating from their ambitious autonomous car project. The very fact that the world’s leading software giant is moving into the automotive sphere (and that one of Detroit’s Big Three automakers invests so much in software R&D) shows just how integrated these two industries have become.

This dynamic is not unique to the automotive sector. In 2011, venture capitalist Marc Andreessen famously declared that “software is eating the world.” His prediction was that software companies would take over large swaths of the economy — everything from automotive manufacturing to financial services to healthcare. This is playing out on the production side, where robotics and digital design are increasingly common. On the product side, virtually every new consumer good (phones, watches, even refrigerators) is linked to an internet-connected computer.

For the United States the trend is welcomed. The United States remains the dominant player in the global software industry, a significant competitive advantage as the landscape of manufacturing changes. Helmuth Ludwig and Eric Spiegel of Siemens identified several advantages: lower costs of production due to increased efficiency; thanks to digital prototyping, products go to market quicker; and finally, greater flexibility and customization offered by digital design and automated production.

As a result of cheaper labor, more manufacturing jobs that went overseas could return to the United States. At a time of increasing economic inequality, the higher productivity offered by advanced manufacturing often leads to higher wages for workers. (The Brookings report found that workers in advanced industries earned nearly double that of the average worker in other industries.) The innovation and increased productivity of advanced industries also hold the promise of cheaper and more widely available goods and services for the country as a whole, increasing standards of living across the board.

Bruce Katz is a vice president at the Brookings Institution and co-director of the Metropolitan Policy Program. He is also co-author of The Metropolitan Revolution.