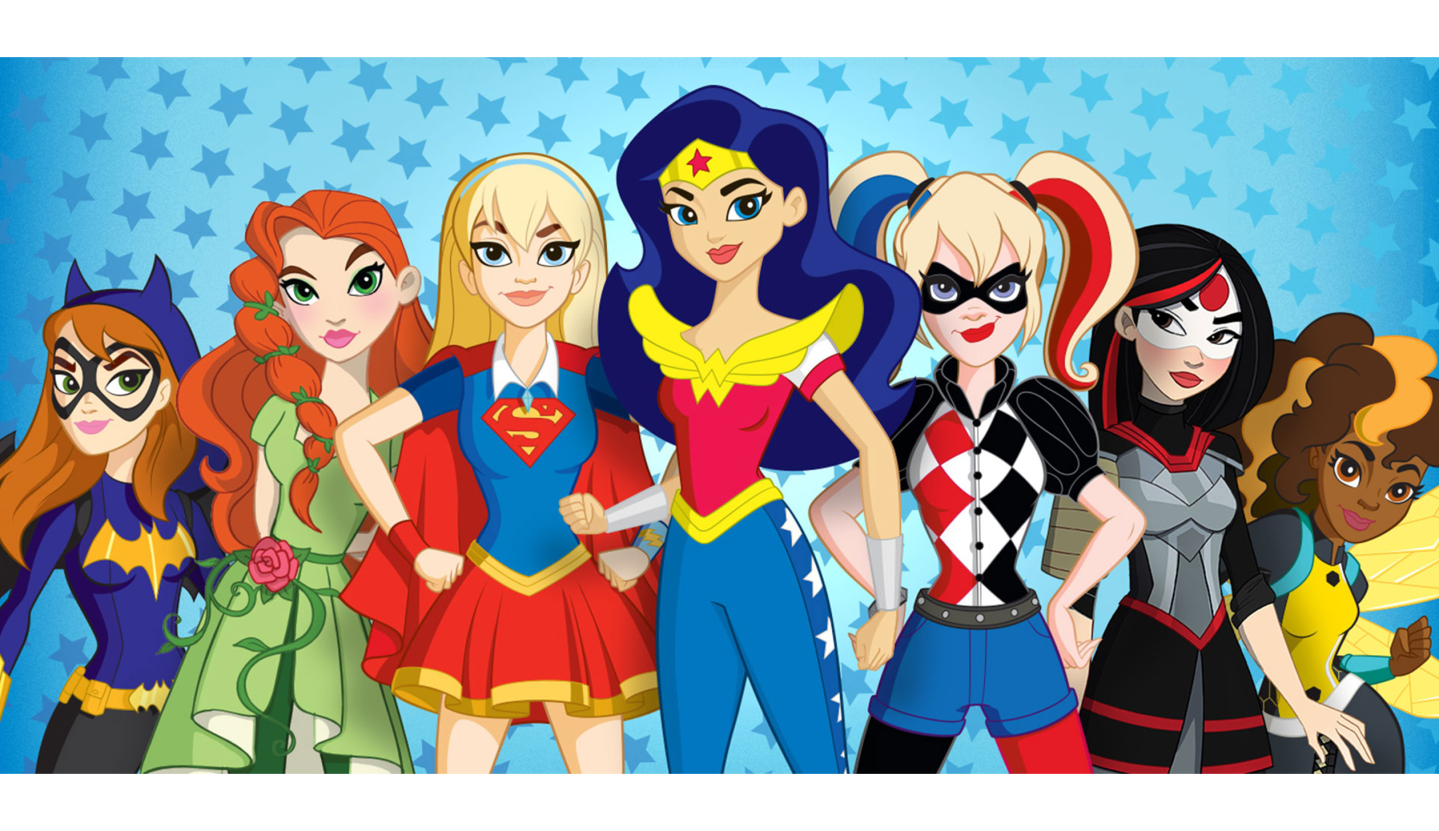 She is using her role at DC to serve a market that rarely gets the attention it deserves: young girls with a passion for comic book heroes.

The entertainment executive sat down with Fortune in the lead-up to the launch of DC Super Hero Girls, a new franchise of teenage characters aimed at girls age six to 12. The conversation that follows has been edited for length and clarity.

Fortune: How did DC Super Hero Girls come about?

Diane Nelson: My leadership team has a strong and active goal: to create diversity by making sure that we have a diverse staff and content that is diverse. In the last few years, girl empowerment has come to the fore, and the consumer products department saw this opportunity. We have strong female characters in the DC universe, and decided that creating a program around female teenage super heroes could give young girls role models they’ve never had before.

Girls in our research groups wanted action stories with heroes, so we started with animated shorts on YouTube, an hour-long animated special on Cartoon Network and Boomerang, and a website of adventures available in various languages. Now come the dolls, action figures, and books, with animated shorts, direct-to-video and apps underway. Mattel will launch a 12-inch Katana action doll as a San Diego Comic-Con exclusive. It’s a big business opportunity.

You chose Mattel, maker of the Barbie and Monster High toy lines, to design your DC Super Hero Girls. What considerations go into marketing toys for young girls?

Mattel’s perspective on what’s historically worked for girls made them a great collaborator. At the same time, there were points of constructive tension about everything from the form of the figures to their costumes. We wanted the dolls to stand on their own. There are many dolls that don’t, and require a stand to be upright. We wanted clothes that are fashionable, but not trendy.

So pink costumes were out?

If you walk down the aisle of girls toys in a store, everything’s pink. Girls love pink, but we wanted the color palette to be consistent with superheroes in our DC universe. So we have golds, greens, and reds that really pop on aisles that are full of pink. The characters wear practical uniforms instead of swimsuits and high heels. We have 12-inch action dolls and 6-inch action figures. There’s a great Wonder Woman shield, capes that appeal to younger girls, and novels that appeal to older girls.

Why choose the teenage years for these characters?

In some of our comic books, Poison Ivy and Harley Quinn are villains, but in high school, the characters are discovering their strengths and weaknesses while sitting alongside Wonder Woman and Supergirl. If you look at Batman and Superman, there are adaptations that appeal to six year olds, as well as 40 year-olds. I hope that young girls get the things I hear about from every fanboy—an incredible sense of empowerment and aspiration. It’s about getting hope and inspiration from powerful role models. It’s about saving the day, alongside men.

How profitable do you expect DC Super Hero Girls to be?

The official rollout is in July. We’ve tested the apparel, Wonder Woman’s role-playing shield and bracelets in Target stores since April. It’s selling like gangbusters, and we can’t keep it on the shelves. All of our retailers are excited about getting their hands on the products. We have 30 product categories out now, and will have 70 product categories in more than 35 markets globally after the rollout in July.

How much will these products bring to Warner Bros.’ bottom line?

Our overall consumer products represent a $6 billion business. The DC brand brings in about half of that. We think the DC Super Hero Girls can be bigger than a $1 billion brand.

You shepherded the Harry Potter franchise for Warner. Bros. before taking charge of DC Entertainment. How did that experience inform what you do today?

Harry Potter was a once in a multiple generation opportunity. I was the key person working with J.K. Rowling for 10 years. She was writing the books while we were making the movies. When I transitioned to DC, I brought the process of working collaboratively across departments with me. The multiverse in DC is much bigger than the universe of Harry Potter, so the creative latitude and how we can adapt stories to games and films is wider. For me, being a part of a company that creates stories that lasts generations is the best legacy I could have.

So who is your favorite superhero?

Wonder Woman is my favorite character. It’s about her strength and compassion, which is how I like to think I operate in business and in life. She’s a bad-ass warrior who cares about people. She’s a pacifist at heart, but can be a warrior when she needs to be, which is how women need to be in business.

Correction: In an earlier version of this story, Diane Nelson stated that the DC Super Hero Girls are the first action figures made for girls. That statement is inaccurate; there are other companies that make action figures for girls.