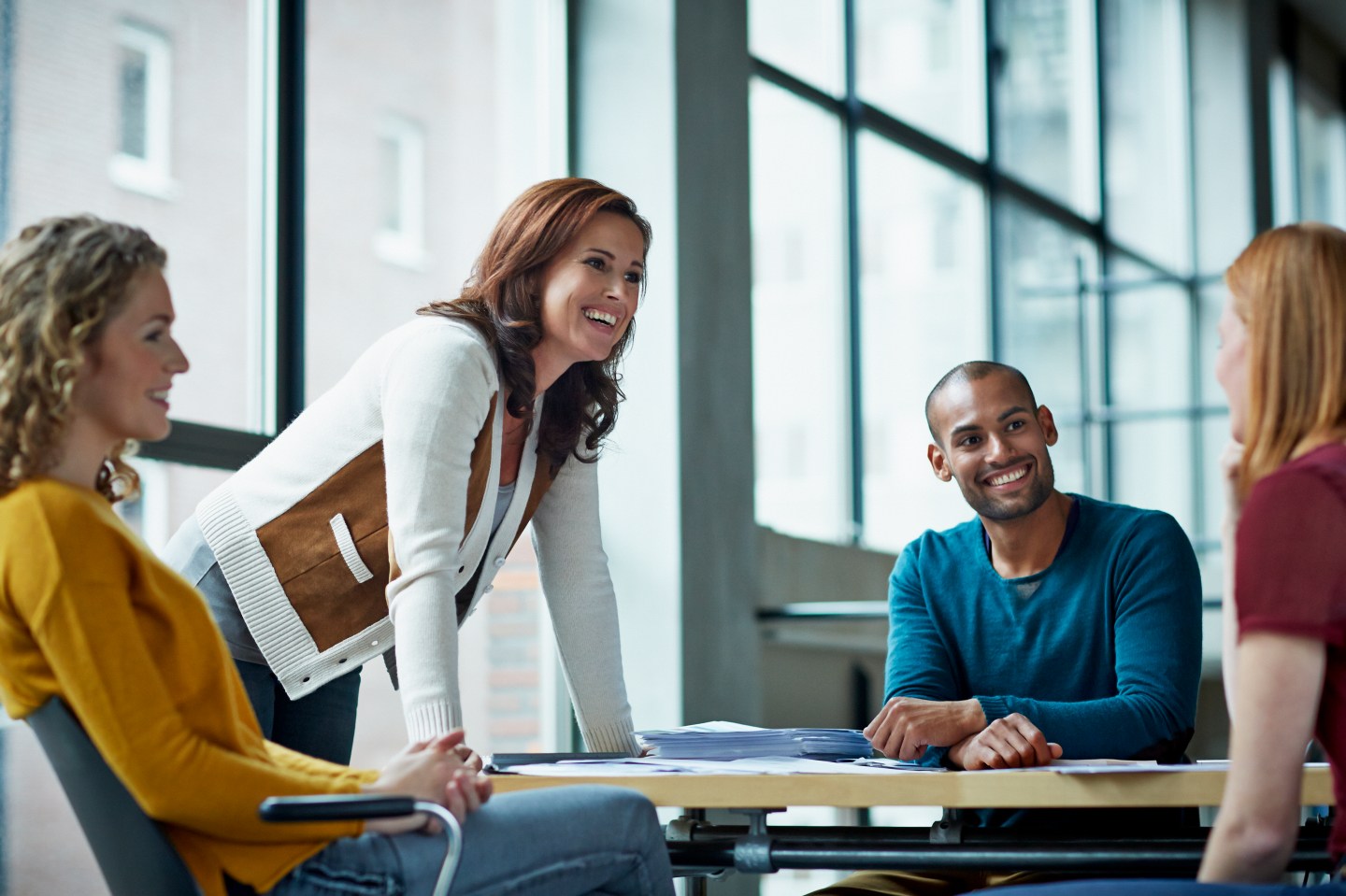 The Leadership Insider network is an online community where the most thoughtful and influential people in business contribute answers to timely questions about careers and leadership. Today’s answer to the question: How do you embrace imperfection as part of professional development? is written by Rachel Mendelowitz, a managing partner at McChrystal Group.

“Failure is not an option” may sound like a mantra for success, but it’s the very thing that can leave a company treading water.

In a world where results are increasingly tracked and measured, we have plenty of tools that can help us weed out the most error-prone among us. And yet, creating a no-fail atmosphere eliminates the vulnerability that is so critical to innovation at the organizational level and professional development at the individual level.

The broader problem is that people don’t recognize when to apply a performance mentality (one focused on generating predictable, successful outcomes in which the path to achievement it is clear) and when to apply a learning or growth mentality (in which the path and even the outcome itself are unknown). In order to learn in a complex environment, trial and error is not only inevitable, but it’s the only effective way to navigate through uncertainty. While it may be uncomfortable, exposing and acknowledging when we fall short on performance is actually the very thing that drives higher performance.

Aside from the impact on individuals, fear of failure can also be toxic to corporate culture—if one person doesn’t feel comfortable being vulnerable, it’s likely his or her teammates won’t either. A lack of vulnerability at an enterprise level doesn’t just mean employee engagement issues or turnover problems. It also translates into an inability to adapt and lower levels of innovation, turning your vulnerability challenge into a survival and growth problem.

Related: The One Thing Every Manager Wants in an Employee

Leaders who foster an environment of vulnerability know they aren’t fostering an environment of weakness. Quite the opposite – they challenge people to stretch themselves, demand interpersonal courage, don’t shy away from challenges, and model outsized poise and resilience in the face of adversity.

Most importantly, being vulnerable at work is a two-way street— it requires daring on the part of the employee trying something new, and support on the part of the manager in responding to this attempt, when it succeeds and especially when it fails.

Here are a few ways to build this vulnerability on your own team:

1. Challenge yourself to ask the “stupid question” and also respond to your teammates’ stupid questions with patience instead of ridicule.

2. Request help when you need it and provide it without judgment.

3. Have the courage to suggest a course of action that seems unorthodox – and build on your colleagues’ unique suggestions instead of criticizing them

4. Be brave enough to go out on a limb and try something different. More importantly, be strong enough to encourage this in others, and disciplined enough to restrain yourself when those we manage do the same with unsuccessful results.

5. Resist the compulsion to use your years of hard-earned experience to show why a new idea won’t work. It might not, but your knowledge is not a renewable resource for your employees; their own ability to learn and develop is what will pay dividends.

We are doing ourselves a disservice by focusing with such intensity on who can solve today’s problems perfectly. Few roles are so static that we’ll be solving those same problems a few years or even a few weeks from now. Instead, leaders should apply that level of intensity on seeking out, retaining, and developing the most adaptable people who are skilled at failing and picking themselves back up. These types are comfortable with vulnerability and learn rapidly as a result.

A workforce that admits it is imperfect and develops quickly – not in spite of that imperfection, but because of it – is one that can solve the problems we have not yet encountered.