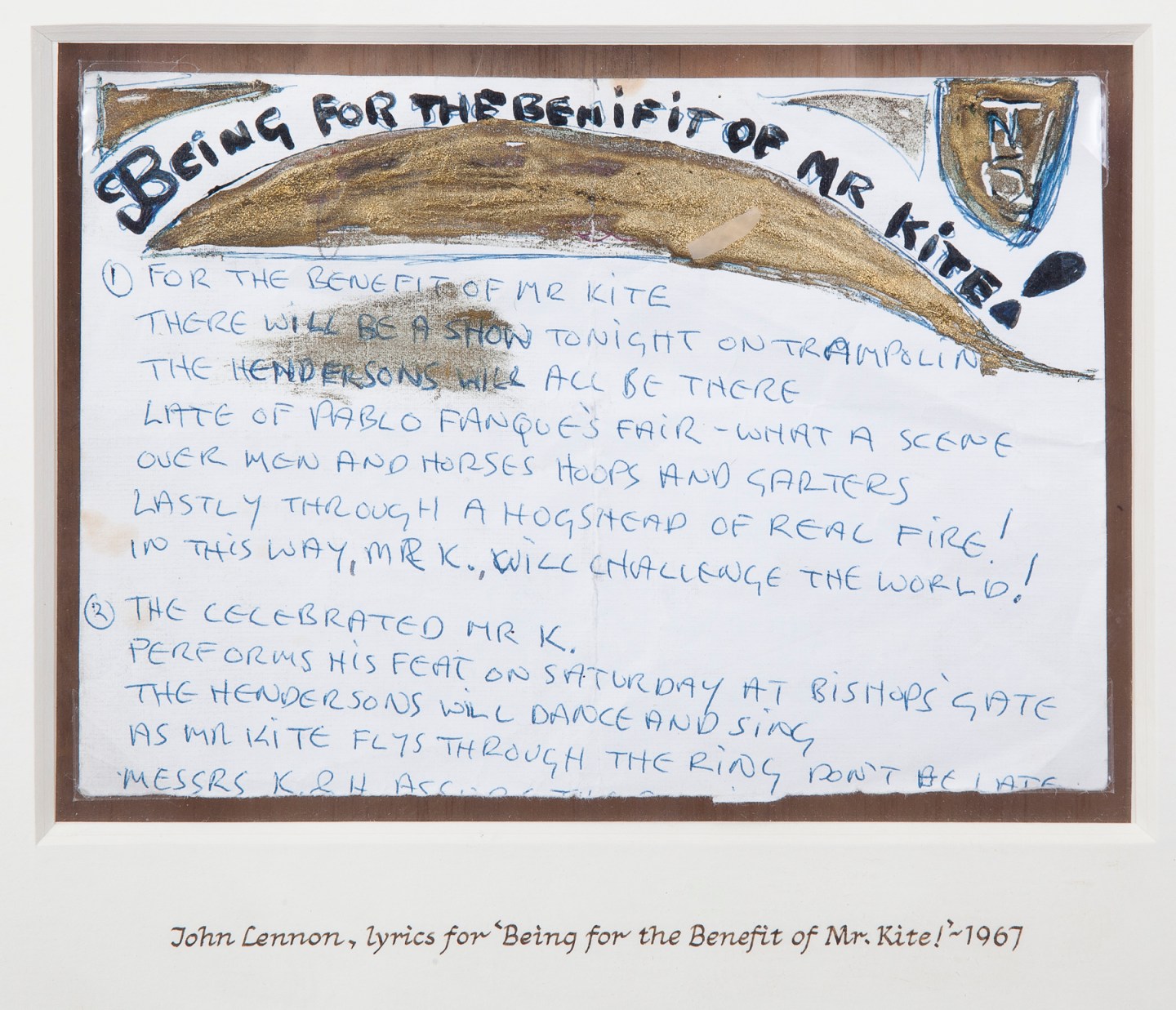 A handwritten page of lyrics by John Lennon titled “Being for the Benifit [sic] of Mr Kite!” was the top selling item at a Saturday auction of rock memorabilia hosted by Julien’s Auctions. The one-sheet, which was written in ballpoint pen, with parts copied over in black marker, sold for $354,400.

The extensive and eclectic collection boasted pieces for artists ranging from Jerry Lee Lewis and Johnny Cash to Madonna and Lady Gaga. But it was iconic pieces that saw the highest bids.

Presley was one of the focal points of the auction, with over 85 items from the king of rock and roll up for sale. While many, like his first piano (which sold for $179,200), were musical in nature, there were a number of more unusual objects up for sale.

For instance, one fan paid $2,560 for a pair of Elvis’s underwear—tighty whiteys, if you’re curious. A broken cigar he once started to smoke sold for $896. Elvis’s personalized sunglasses went for $28,800. And a variety of Presley’s prescription pill bottles (for drugs ranging from Dalmane to Quaaludes to the fictional drug “Sanilert“) sold for prices ranging as high as $8,320.

Interest in Jackson was nearly as fervent as it was in Elvis and The Beatles. Beyond the price for the “Beat It” jacket, collectors paid $10,240 for a fedora the performer wore on stage. And two pages of handwritten lyrics to “Bad” by Jackson fetched $60,800.

While there were plenty of big ticket items, some objects that were expected to attract high bids fell flat. For instance, Lady Gaga’s first childhood piano, which Julien’s expected to sell for between $100,000 and $200,000 was left unsold. An autograph book signed by all four of The Beatles and several other music celebrities, expected to sell for $8,000 to $10,000, also failed to find a buyer.

Julien’s hosts some of the music world’s most high profile auctions. Last December, Ringo Starr and Barbara Bach enlisted the company to sell an extensive lot of personal items and Beatles memorabilia—including Starr’s original drum set (used in such hits as “Can’t Buy Me Love” and “I Want to Hold Your Hand”), which sold for $1.75 million.