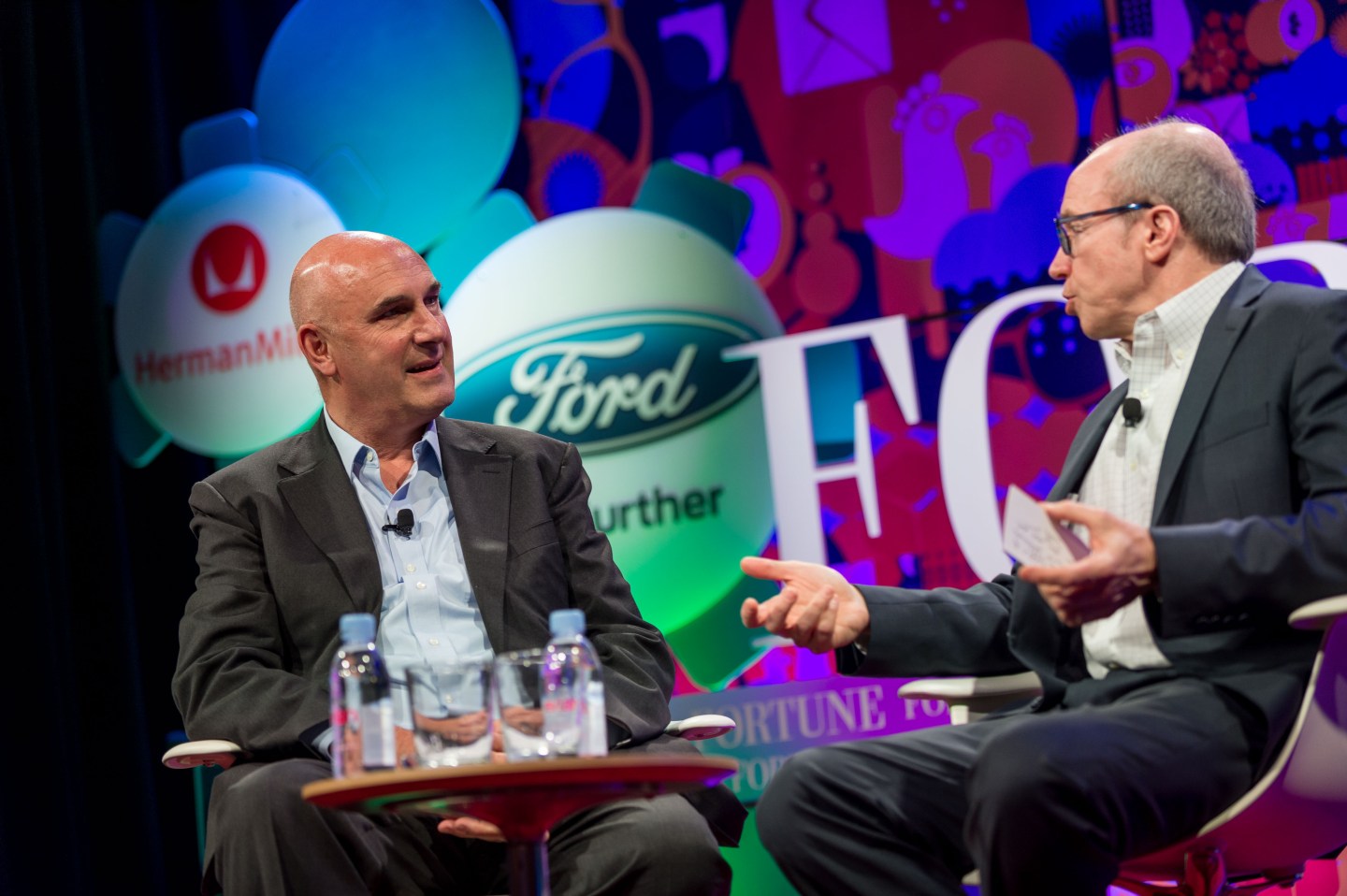 German drug and chemical maker Bayer AG (BAYZF) has made an unsolicited offer to buy agricultural giant Monsanto (MON). I asked Monsanto CEO Hugh Grant about the merger rumors on Tuesday, when he visited us at the Brainstorm E conference in California. He refused to discuss the Bayer deal in particular. But what he did say makes clear why these merger talks are happening now.

“Its funny because ag is kind of slow moving until you are up close to it, and then it’s suddenly very dynamic,” Grant told me. “The key in this is how to provide better information to help in those 40 interlocked decisions that inexorably a grower is going to make every single year. There is a future business opportunity – and it is getting much clearer – in how you do that.”

Critics are certain to cite the antitrust implications of creating a giant new company with $67 billion in sales. But Grant sees this integrated approach as critical to feeding a world that’s careening toward 10 billion people with middle class appetites.

“There is no new dirt,” he said. “We need to get much smarter societally about how we farm.”

By the way, Dow CEO Andrew Liveris, also at Brainstorm E, said similar logic is behind his plans to combine Dow (DOW) with DuPont (DD), and then spin off three companies – one of which will provide integrated seed and chemical services to farmers.