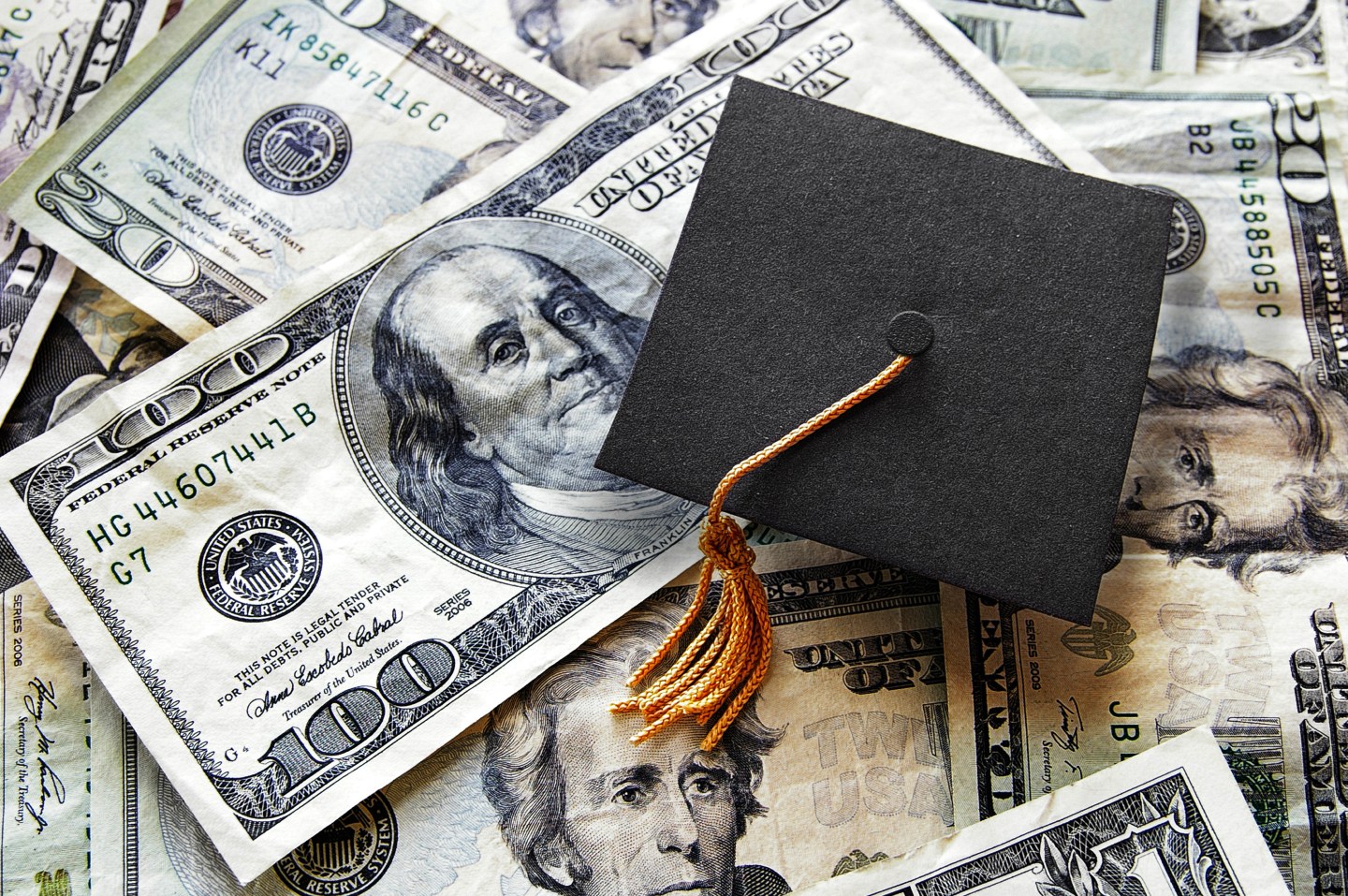 When Brendon McQueen graduated from Columbia University in 2009, he had 12 different student loans totaling $120,000. His convoluted repayment plan had him contributing $900 a month. Too large a sum for someone with a new baby and a job working as a production assistant for Adam Sandler, he was forced to defer loan payments. “I was stuck in this cycle of long-term forbearance,” says McQueen, which means interest was mounting the longer his debt went unpaid. “I had this huge problem and wanted to figure out a way to solve it for myself and help everyone else who has loans.”

Launched in January of 2013 Tuition.IO was McQueen’s attempt to do just that. The company originally started as a platform for students to organize and optimize their student debt. In the more than two years the Santa Monica, Calif., Tuition.IO has been in operation, McQueen says, it’s helped users manage over $2 billion in loans, decrease their monthly payments by an average of 4-8% and reduce their delinquent loans by 20%.

Related: 10 Things New Grads Need to Know Before They Start Their First Job

In 2015, McQueen pivoted Tuition.IO’s services after he noticed two, possibly mutually beneficial trends. First, large companies were seeking millennial talent. Meanwhile, said millennial talent was graduating with massive amounts of student debt. He guessed, correctly, that by offering to help pay off student loans, employers could recruit and retain quality hires. Today, Tuition.IO’s platform enables companies to pay a portion of their employees’ student loan debt each month as a benefit, similar to an employer sponsored 401(k) matching contribution. It chargers employers a monthly fee per employee to access its platform. In March, the company signed on Fidelity Investments as a customer. Fidelity now offers to pay $2,000 a year toward an employee’s student loan, with a $10,000 cap. According to McQueen, more than 5,000 employees have signed up.

Fidelity’s involvement was a big factor in MassMutual Ventures decision to lead Tuition.IO’s $5 million Series A round, which closed in November. “A company like Fidelity is going to put you through the paces,” says Mark Goodman, the firm’s managing director. Fidelity’s participation also legitimizes a benefit he believes will grow more popular as employers recruit increasingly debt-burdened millennials.

Indeed, a number of companies — from big corporations such as PricewaterhouseCoopers to smaller companies like the education-company Chegg — offer or plan to offer student loan payments. And Tuition.IO is just one startup helping these companies administer the benefit. Austin, Texas-based Student Loan Genius provides the same service and in September, Boston-based Gradifi announced PwC would offer its student loan payment plan as a benefit to all 46,000 of its employees.

As millennials continue to graduate and get jobs — the demographic will make up to 50% of the workforce by 2020 — companies are realizing “there’s little interest in 401(K)s until they pay off their student loans,” says Gradifi CEO Tim DeMello.

The growing popularity of these benefit programs underscores the reality that the U.S. is swimming in student debt. The nation collectively owes $1.3 trillion, with more than 40 million borrowers facing a student loan bill each month. According to the a report in the Wall Street Journal, more than 40 percent of those with federal student loans aren’t making or are behind on payment. It’s reaching crisis level, with millennials putting off purchasing homes, getting married and saving for retirement. What’s more, “over the last ten to 15 years many large institutions exited the market, leaving a big gaping hole,” says Brian Hirsch, co-founder and managing partner at venture capital firm Tribeca Venture Partners, which led student loan lender CommonBond’s series A round.

The silver lining is that a crop of new startups has entered the refinance market, albeit for students earning an advanced degree or who have high-earning potential. Along with CommonBond, a New York City-based company that lends to college students and helps them refinance existing loans, SoFi and Earnest provide borrowers with a way to consolidate their student loans and hopefully pay a lower interest rate. Venture capitalists have poured millions of dollars into these startups, with SoFi raising $1.4 billion, CommonBond raising $43.7 million and Earnest raising more than $99 million. For millennials, who graduated during the great recession and are thus often suspicious of traditional banks and lenders, it’s a particularly attractive option.

Related: The One Thing Every Manager Wants in an Employee

“The younger generation more so than any other generation makes their choice of who they will do business with not only based on the products and experience, but: ‘does this company’s values represent the values I have?’” says Hirsch.

While this isn’t new — consider the rise of millennial-centric brands such as Whole Foods (WFM), Taco Bell (YUM) and Lululemon (LULU) — now, apparently, it extends beyond groceries, fast food or yoga pants to the unsexy but necessary world of student loans.