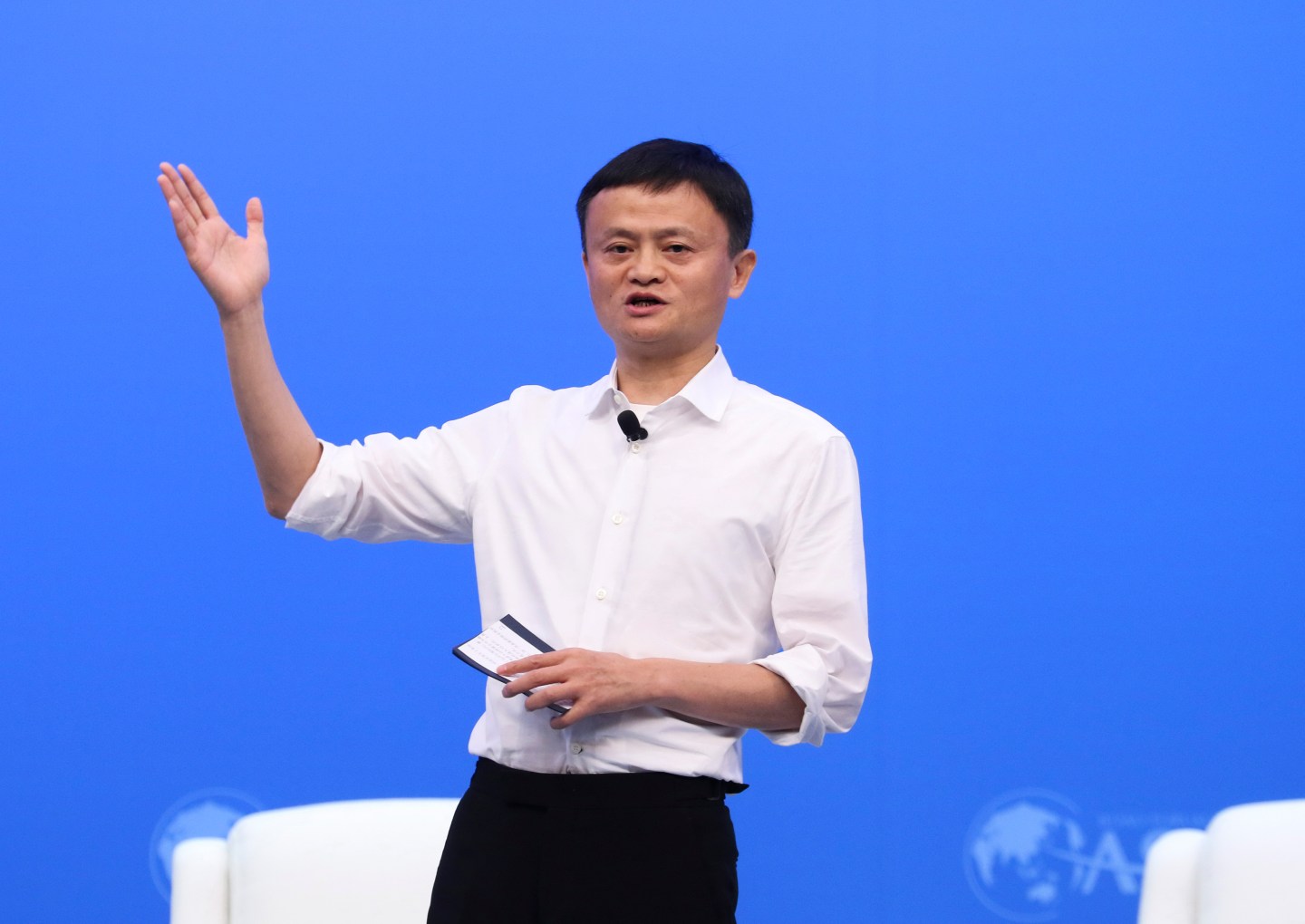 QIONGHAI, CHINA - MARCH 23: (CHINA OUT) Alibaba Group Chairman Jack Ma speaks during the Boao Forum For Asia Annual Conference on March 23, 2016 in Qionghai, Hainan Province of China. Jack Ma firstly proposed on the forum that there should be building an Electronic World Trade Platform (eWTP) to guide the minor enterprises, women and young entrepreneurs into global market. (Photo by VCG/VCG via Getty Images)
Photograph by VCG via Getty Images

I recently spent a week visiting companies in China, trying to learn as much as I could about the digital transformation and trends in the world’s second-largest economy. I suspected that there were major differences between how digitization was viewed in China vs. the West, and I was right.

As I visited large corporations like Didi Chuxing (the Chinese competitor to Uber that just received a billion-dollar funding injection from Apple (AAPL)), as well as mid-size companies and startups, I learned that only two things matter to Chinese digital executives: scale and speed. All else is secondary. Simply put, they want to get really big, really fast.

Scale and speed make life interesting in China. Yet, in the race for space, many traditional aspects of business are being sacrificed, like revenues, profits, and operational rigor. Cheap money, massive organic growth, and friendly government policies are hiding a multitude of operational sins.

Unfortunately, Chinese firms are not alone in this. Plenty of Western unicorns are following a similar strategy: get scale first; worry about revenues and profits later. Facebook (FB) and Google have spectacularly shown how this business approach can work. Both companies have shown steady growth in users and revenue. And while this revenue comes largely from a single source—advertising—at least it has translated into growing profits. But, these are the exceptions. Companies such as Snapchat, Twitter (TWTR), and LinkedIn (LNKD) have gained scale, but are still struggling to build revenues and profits. Many others have failed or will fail.

Recall the dot-com bubble of the late ‘90s and its subsequent collapse, and the 2008 financial crisis. These failures are hard to overlook, and Western tech investors are (thankfully) starting to look much more closely at business model sustainability today.

By contrast, Chinese companies have only known growth and success. Modern Chinese digital firms are too young to recall the dark days of the 1997 Asian financial crisis; after all, the average age of Alibaba employees is 27. There was no dot-com collapse in China, and the 2008 financial crisis was barely a blip on the Western horizon. Chinese growth continued unabated. Operating under a business-friendly Communist government, the growth of private Chinese businesses is still quite a new phenomenon; many have yet to experience the stings of failure. This is great for innovation, and make no mistake, there is massive innovation happening in China today, but it can lead to economic recklessness.

The role models do not help. In China, successful digital giants cast a long shadow. Alibaba and its founder Jack Ma, for instance, are revered in China, which was clearly evident when I visited the company’s headquarters in Hangzhou—a city half a step behind Shanghai, Beijing, and Shenzhen in the Chinese urban hierarchy.

Alibaba (BABA) is impressive, to be sure. It embodies both the speed and scale that Chinese businesses aspire to reach. The company grew by providing great services at no cost. It vanquished eBay (EBAY) in China by not charging the buyer or the seller to conduct business on its Taobao marketplace. Free services are hard to compete against. Even today, Alibaba makes relatively little revenue ($3.7 billion in the most recent quarter vs. $29 billion for Amazon (AMZN) and $18 billion for Google (GOOG)), considering the gross merchandise volumes of goods and services sold across its various marketplaces ($113 billion in the most recent quarter).

The Chinese businesses and entrepreneurs I met consistently cited Alibaba as their model for success. Alibaba is big, fast, and profitable. The problem is that it is only profitable because it is big. Alibaba, Tencent, and Baidu (the Chinese BAT digital giants) are winning the speed-scale battle in China. Scale benefits matter, but not everyone can be so big. The BATs are succeeding because they can take razor-thin margins on very large numbers of transactions, or because they can subsidize free services in one area with paid services in another. However, as Chinese consumers get more and more accustomed to very low prices, free services, and huge discounts, it makes it more difficult for others to compete.

This situation cannot last forever—or can it? I have called for a correction in Western digital markets, and one might expect the same to happen in China. But there is one important difference in China that argues against it. The government is unabashedly pumping money into the commercial sector. During my recent visit, I heard multiple stories of local, regional, and national government agencies subsidizing labor, rent, and providing cheap business loans. These agencies are also skewing the playing field in favor of local Chinese businesses against foreign competitors, as Uber has found to its detriment. Very few of the companies I visited were making a profit. Some even seemed confused by the question. As long as the government props these companies up through subsidies, cheap loans, and protectionist policies, they will continue to exist.

A cavalier attitude to commerce, combined with attractive incentives and a so-so grasp of business fundamentals is a dangerous mix. The Chinese digitization growth story is impressive, to be sure, but it is not sustainable without generous and persistent government intervention.