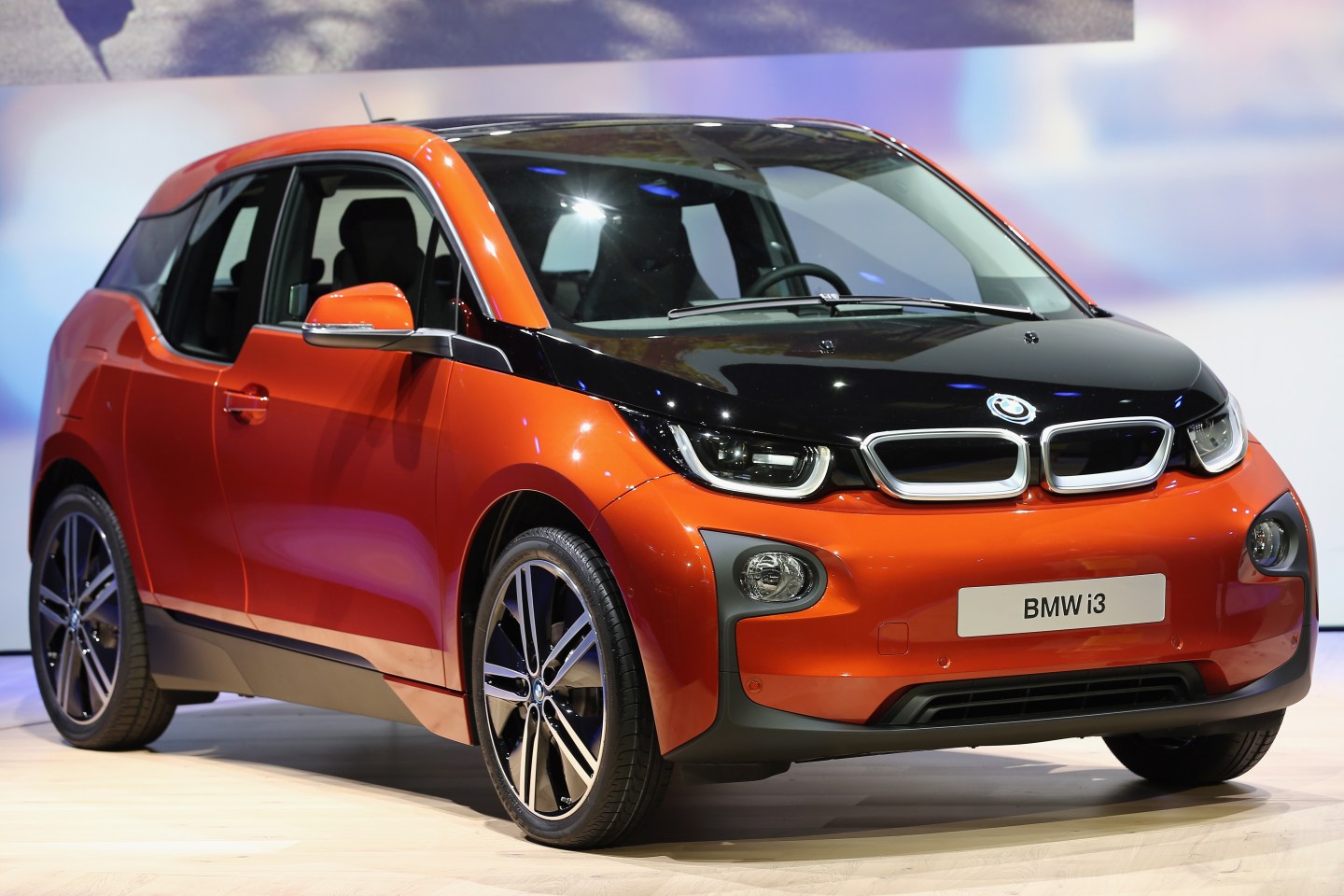 LONDON, ENGLAND - JULY 29: A general view of the new BMW i3 after it's launch at Old Billingsgate Market on July 29, 2013 in London, England. The vehicle was launched as one of BMW's new 'i' branded electric and hybrid-powered cars. (Photo by Dan Kitwood/Getty Images)
Photograph by Dan Kitwood — Getty Images

A U.S. owner of a BMW i3 has filed a lawsuit claiming that the German automaker’s electric vehicle can experience a sudden loss of power when a feature designed to nearly double its driving range is deployed.

The lawsuit, filed on Tuesday in Los Angeles federal court, seeks damages for i3 drivers nationwide and in California alone, or to force BMW to buy the vehicles back.

It focuses on “Range Extender,” an optional i3 feature in which a 34-horsepower, two-cylinder gas engine switches on when the vehicle’s battery runs low, boosting the advertised range to 150 miles (241 km) per charge from 81 miles.

According to the plaintiff Edo Tsoar, the i3’s speed can plunge without warning if the vehicle is under a “significant load,” including when it is filled with passengers or going uphill, when Range Extender kicks in.

He said this has happened to him “multiple” times, and that he now avoids driving farther than 80 miles.

The lawsuit also said drivers have told the U.S. National Highway Traffic Safety Administration that the speed of their i3 vehicles fell by half in similar incidents, even under full throttle.

“Having a sudden and unexpected loss of power in a motor vehicle can result in a catastrophic situation,” Tsoar’s lawyer Jonathan Michaels said in a statement on Wednesday. “These cars are dangerous and should not be driven.”