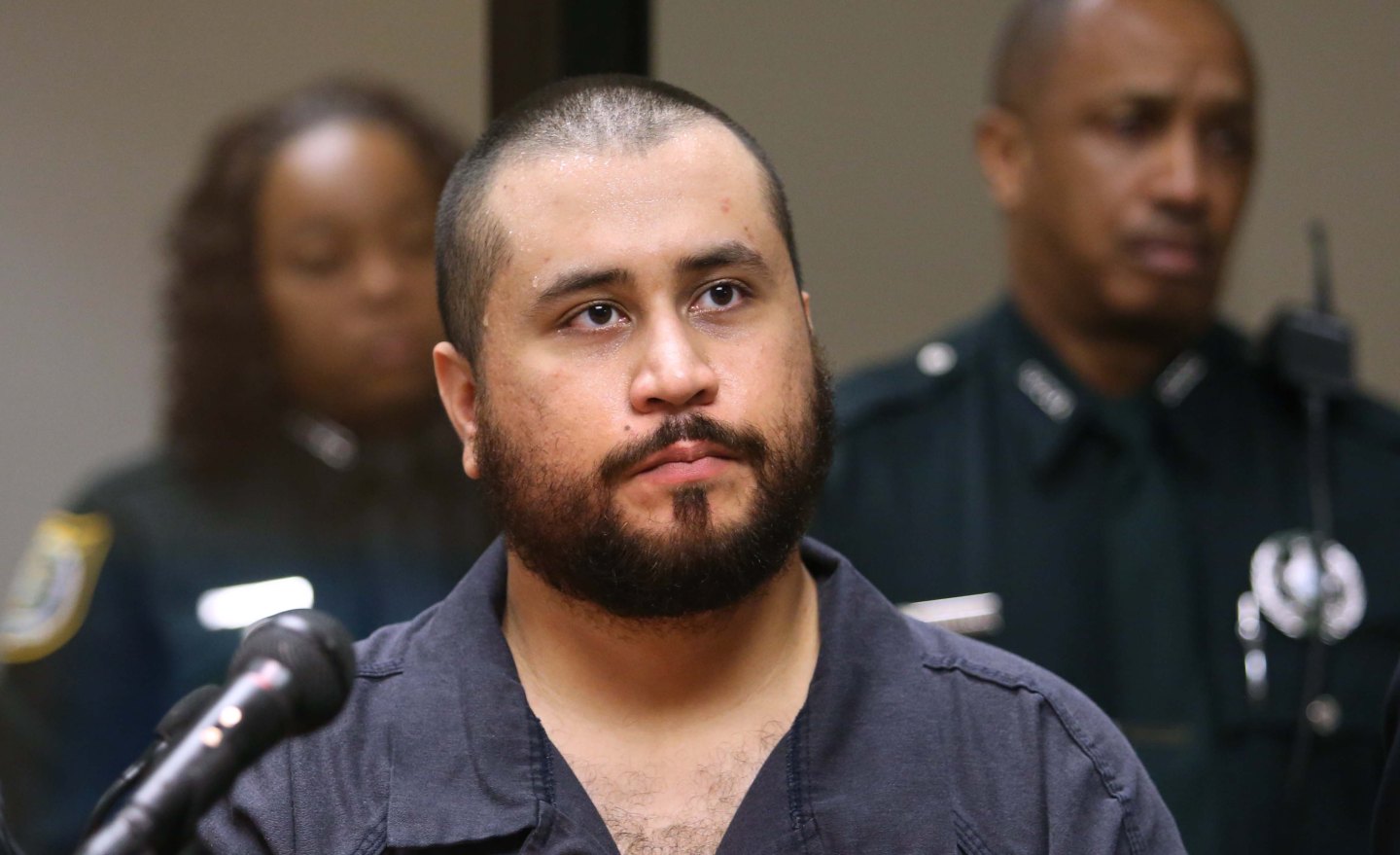 FILE - In this Tuesday, Nov. 19, 2013, file photo, George Zimmerman, acquitted in the high-profile killing of unarmed black teenager Trayvon Martin, listens in court, in Sanford, Fla., during his hearing. The pistol former neighborhood watch volunteer Zimmerman used in the fatal shooting of Martin is going up for auction online. The auction begins Thursday, May 12, 2016, at 11 a.m. EDT and the bidding starts at $5,000. (AP Photo/Orlando Sentinel, Joe Burbank, Pool, File)
Photograph by Joe Burbank/AP

George Zimmerman refuses to go away. In his latest desperate plea for money and notoriety, he is auctioning the gun he used to kill Trayvon Martin, and USA Today reports that bids for it have gone up to $65 million.

I’ll explain why Zimmerman has a right to auction the gun but why it’s wrong for him to do it. I’ll also discuss good and bad ways of responding to the auction.

But first, I turn to O.J. Simpson.

A Book, the Outcry, and the Aftermath

In 2006, Judith Regan obtained the right to publish O.J. Simpson’s book, If I Did It, a hypothetical account—he claimed—of how Simpson would have killed his wife and her friend had he been inclined to do so.

There were no legal barriers to the publication, and since Simpson had been acquitted of all of the charges against him, he would have been entitled to keep any profits from the sale of the book. “Son of Sam” laws, which prohibit convicted felons from receiving money associated with their crimes—such as via book sales—didn’t apply to Simpson.

But when the story became public, there was such a huge public outcry against the book that HarperCollins, which owned Regan’s imprint ReganBooks, cancelled the publication. The family of Ron Goldman, whom prosecutors accused Simpson of murdering, were given the rights to the book by a bankruptcy court, and they published it with a few twists: they made the word “if” in the title barely legible and added an extensive introduction and commentary explaining why the evidence pointed to a guilty man going free.

In other words, the Goldman family exercised the same right to free speech Simpson had used, and in so doing they gave a peaceable and honorable response to a legal but deeply disturbing action.

Why Zimmerman Has a Right to Sell His Gun

The question about whether George Zimmerman is entitled to sell his 9 mm Kel-Tec PF-9 pistol to the highest bidder wouldn’t come up in Belarus, North Korea, Uzbekistan, or Chad. In those countries, the state (or, more accurately, a dictator) decides what citizens can say and do to a much higher degree than what happens here, and the penalties for violating state sanctions are much more severe.

But in a democracy and its economic cousin, the free market, we believe that citizens are entitled to engage in a wide range of behaviors that others find shocking, outrageous, or highly offensive.

There is a limit to what even a free market should allow, however, and that limit concerns the harms that follow—or are likely to follow—an action. If you’re a Quentin Tarantino fan, as I am, it’s one thing to watch Reservoir Dogs in the privacy of your home, but even QT himself would probably say that school districts shouldn’t show it at assemblies for third-graders, since its torture scene alone would traumatize a lot of kids.

George Zimmerman has a right to auction the gun he used to kill an unarmed teenager, because our society has chosen to grant citizens the right to engage in such revenue-generating activities broadly. Rights in a democracy are not divinely granted or inspired, as they are in theocracies like Afghanistan or Saudi Arabia, or in kingdoms like the England of Henry VIII. We create the rights we believe in, and we can change them.

As I showed in an earlier Fortune column about the abuses of logic and reason by presidential candidates, you can’t say X is wrong in one situation but right in another if there’s no relevant difference between the two. Accordingly, because we allow citizens to auction weapons used in the Vietnamese war, some of which were doubtless used to kill people, it would be inconsistent to prohibit George Zimmerman from selling the firearm he used to take the life of Trayvon Martin.

But Just Because He Can Doesn’t Mean He Should

In the 2010 documentary Lemmy, Motörhead frontman Lemmy Kilmister explained his fascination with Nazi tanks, guns, and uniforms by telling filmmakers Greg Olliver and Wes Orshoski, “I’ve often said that if the Israeli army had the best uniforms I’d collect them—but they don’t.”

It’s hard to imagine that Lemmy, who comes across in the documentary as a thoroughly decent and thoughtful man, had any close friends who lost family members during the Holocaust, for he surely would have had misgivings about his hobby.

Some countries have banned the sale of anything related to the Nazi party, but in the U.S., auction sites like eBay allow some, but not all, of such material to be offered. “We recognize the historical significance of World War II and that there are many militaria collectors around the world,” eBay states. “We allow some related historical items, but ban others, particularly those that amount to Nazi propaganda, or that are disrespectful to victims.”

This policy attempts to strike a balance between two competing rights: the right of collectors to engage in free trade and the right of the families of victims to be treated with dignity. It’s a balance that is both delicate and fungible. A mass protest like the one against If I Did It might result in eBay changing its policy, and that would be completely in accordance with how a good democracy functions.

When Winston Churchill addressed the House of Commons in 1947, he said this:

He was speaking about what it meant to him to lose the election following the end of World War II, but he may as well have been talking about the latest development in the sad tale of George Zimmerman.

Many Americans, your humble correspondent included, would love to see the access to guns curtailed and for all of us to find more humane ways of settling disputes. But if we’re going to allow some citizens to sell firearms on auction websites, we must, grudgingly perhaps, acknowledge that George Zimmerman is similarly entitled, even though such an action is morally reprehensible and offensive in the extreme.

The good news is that, in addition to the right to sell firearms, we also have the right to peaceably protest that right and, through democratic institutions like elections, amend it. The real ethical question raised by the Zimmerman case is not whether this pitiful fellow has a right to auction a weapon he used to kill another human being, but whether the many people troubled by that right have the courage to do something about it in an honorable way that is consistent with the principles of democracy.