How ESports Just Took a Giant Step Toward Legitimacy 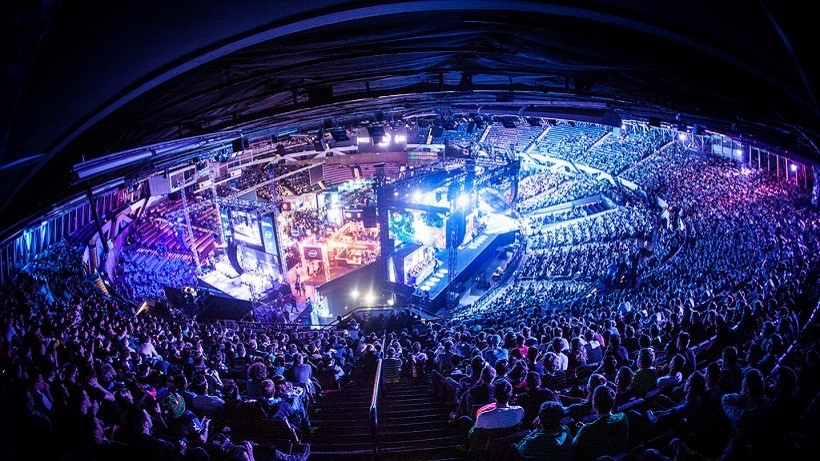 When you look at the early days of any traditional sport, there was a time when just a handful of teams and owners formed a governing body and a league. The NHL, for example, started with just four teams in 1917 and has grown over time to 30.

ESL, the largest eSports company in the world, hopes the World ESports Association (WESA) is the cornerstone on which professional video gaming grows from a worldwide phenomenon for young gamers into a true sport. ESL eSports events, including the Intel Extreme Masters (IEM), already sell out NHL, NBA, and World Cup soccer stadiums around the globe, with millions of fans tuning in to livestreams across Twitch, Yahoo (YHOO), Azubu, and the ESL Network.

ESL has partnered with the top eight professional Counter-Strike: Global Offensive (CS:GO) teams (Fnatic, Natus Vincere, EnVyUs, Virtus.Pro, Gamers2, Faze, mousesports, and Ninjas in Pyjamas) to create WESA. This new association is jointly owned by ESL and the teams and players, which means they will share all profits. Additional teams will be added to WESA from North America and Europe.

“If you look at the eSports ecosystem over the last 15 years, it’s been independent groups—leagues, teams, and players—loosely working together trying to build this sport,” says Ralf Reichert, general manager of ESL. “There was never a clear contractual structure; most teams players have semiprofessional contracts. There was no independent governing body to help them if there was a dispute.…The goal is to professionalize eSports through the creation of a joint ecosystem, instead of having a bunch of independent ones.”

The number of consumers worldwide who are aware of eSports will surpass 1 billion this year, up 36% over last year, according to research firm Newzoo. Across North America, Europe, the Middle East, Africa, China, Japan, and Korea, the average awareness of eSports among gamers increased from 53.7% in 2015 to 65.7% in 2016.

While this audience is huge, many mainstream advertisers and sponsors have yet to connect with these avid gamers. Peter Warman, CEO of Newzoo, believes WESA can nudge sponsors and advertisers that already were considering embracing eSports to make the final decision to do so.

“The more ‘official,’ ‘mature,’ and ‘recognizable’ (compared with traditional sports) the eSports ecosystem becomes, the easier it will be for marketeers at big brands to convince their vice presidents to invest serious money beyond experimentation,” Warman says. “This effectively benefits anyone in the eSports space directly.”

Wouter Sleijffers, CEO of Team Fnatic, believes WESA will improve the overall quality and experience for all parties involved.

Reichert says integrity will be part of the WESA values system, and doping control will fit into that.

“The experience we gained over the last 10 months working with NADA (Nationale Anti Doping Agentur) and WADA (World Anti-Doping Agency) through random drug testing is all flowing into this,” Reichert says.

The association includes a player-elected council that will work alongside WESA representatives and the League Commissioner to decide league policies, rule sets, player transfers, and scheduling.

Pietro Fringuelli, who spent over a decade advising soccer leagues such as UEFA (Union of European Football Association), will take on the role of interim league commissioner.

“We’ve tried to bring the good things from the old world of sports into this new industry,” Fringuelli says.

To lay the groundwork for stability, Fringuelli says there is a clear and defined path to membership of WESA.

“There’s a complex licensing process where teams have to apply to become a member of this organization like in soccer,” Fringuelli says. “Teams have to prove things like they can pay player salaries, and every player has to have written agreements. It’s a bit easier than the FIFA process, but we are very much connected to the regulations they have.”

The ESL Pro League for Valve’s Counter-Strike: Global Offensive will be the first professional eSports competition that will be played under WESA regulations. Teams will be allowed to play in other events, including MLG and ELeague competitions. WESA has structured its tournament schedule to allow participation across other events.

ESL operates over 18 leagues and tournaments, and sister company DreamHack hosts eSports events around the world.

“We’re 100% focused on getting it right for CS:GO,” Reichert says. “If it turns out successful, we’d look at other games and other markets where we could implement this.”