Royal Dutch Shell Has Spilled 88,200 Gallons of Oil Into the Gulf of Mexico 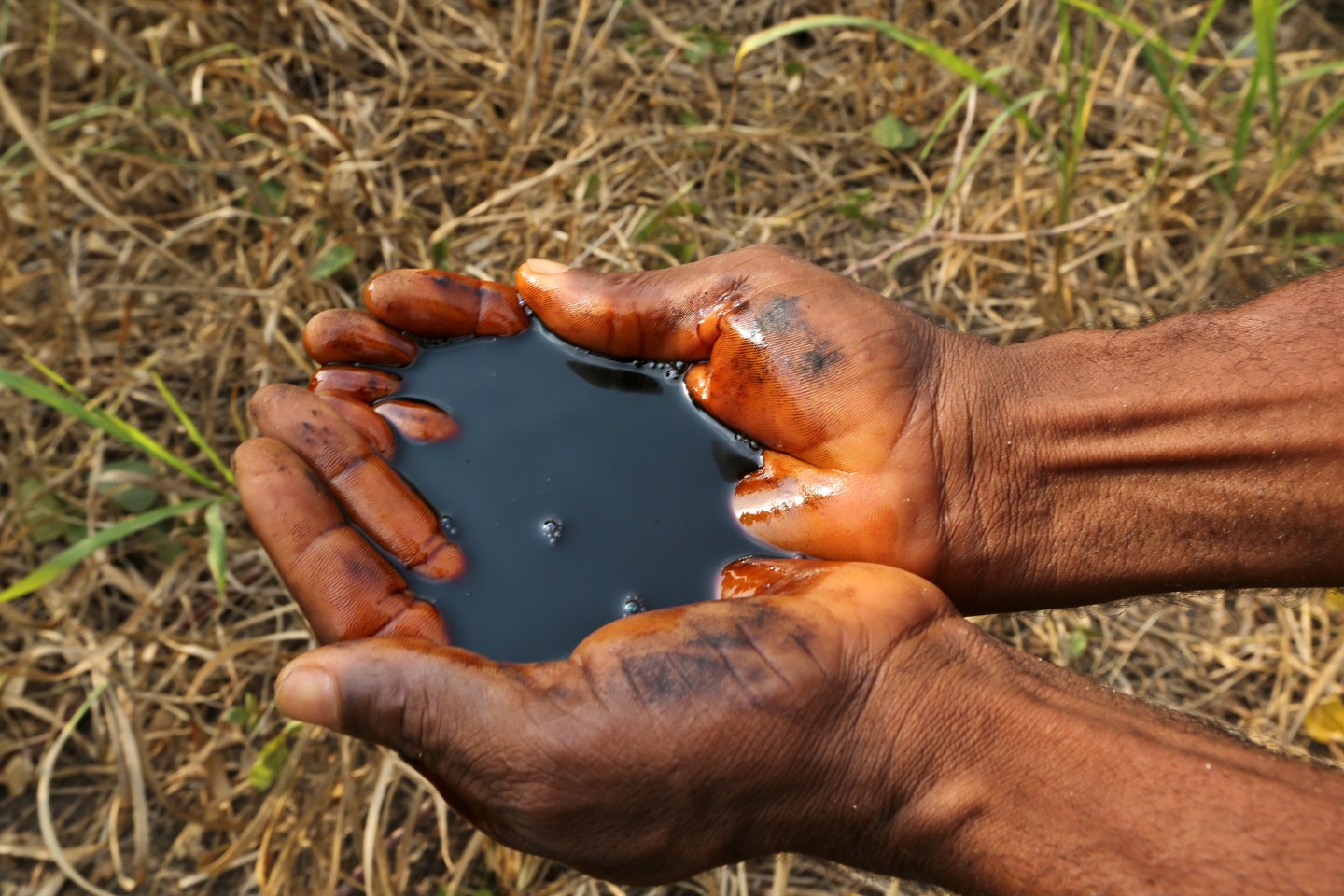 A man holds a pool of black oil in the palm of his hands, collected from oil pollution caused by a damaged pumping station, previously operated by Royal Dutch Shell Plc, near the Ogoniland village of K-Dere, Nigeria, on Wednesday, Jan. 13, 2016. With his security forces engaged in fighting Boko Haram's Islamist insurgency in the north, President Muhammadu Buhari can't afford renewed rebellion in the delta. Photographer: George Osodi/Bloomberg via Getty Images
Bloomberg Bloomberg via Getty Images

Roughly six years after the disastrous oil spill by British Petroleum in the Gulf of Mexico, another oil giant, Royal Dutch Shell, is reportedly responsible for spilling 88,200 gallons of crude off the coast of Louisiana.

On Thursday, Shell reported that a “sheen” had been spotted surrounding its Glider Field, a group of four subsea oil wells roughly 90 miles south of Timbalier Island, La. The U.S. Coast Guard responded to the offshore spill that day, and reported that about 2,100 barrels of crude are believed to have been released from the Shell subsea well-head flow line, which leads to the company’s Brutus platform.

The company has since shut down the platform.

“The source of the discharge was reported as secured,” the Coast Guard wrote in a statement. “The cause of the incident is under investigation.”

The Netherlands-based company reported on Friday it had sent four boats and an aircraft so far in response to the spill, according to the Wall Street Journal.

Shell is investigating what caused the spill.

“There are no injuries reported and no personnel have been evacuated,” the Bureau of Safety and Environmental Enforcement reported.

Despite its overlapping location, the spill is of a significantly smaller scale than the Deepwater Horizon spill of 2010. BP is estimated to have spilled 4.9 million barrels of oil into the Gulf of Mexico, after a sea-floor oil gusher could not be stopped for 87 days. The spill also killed 11 people.