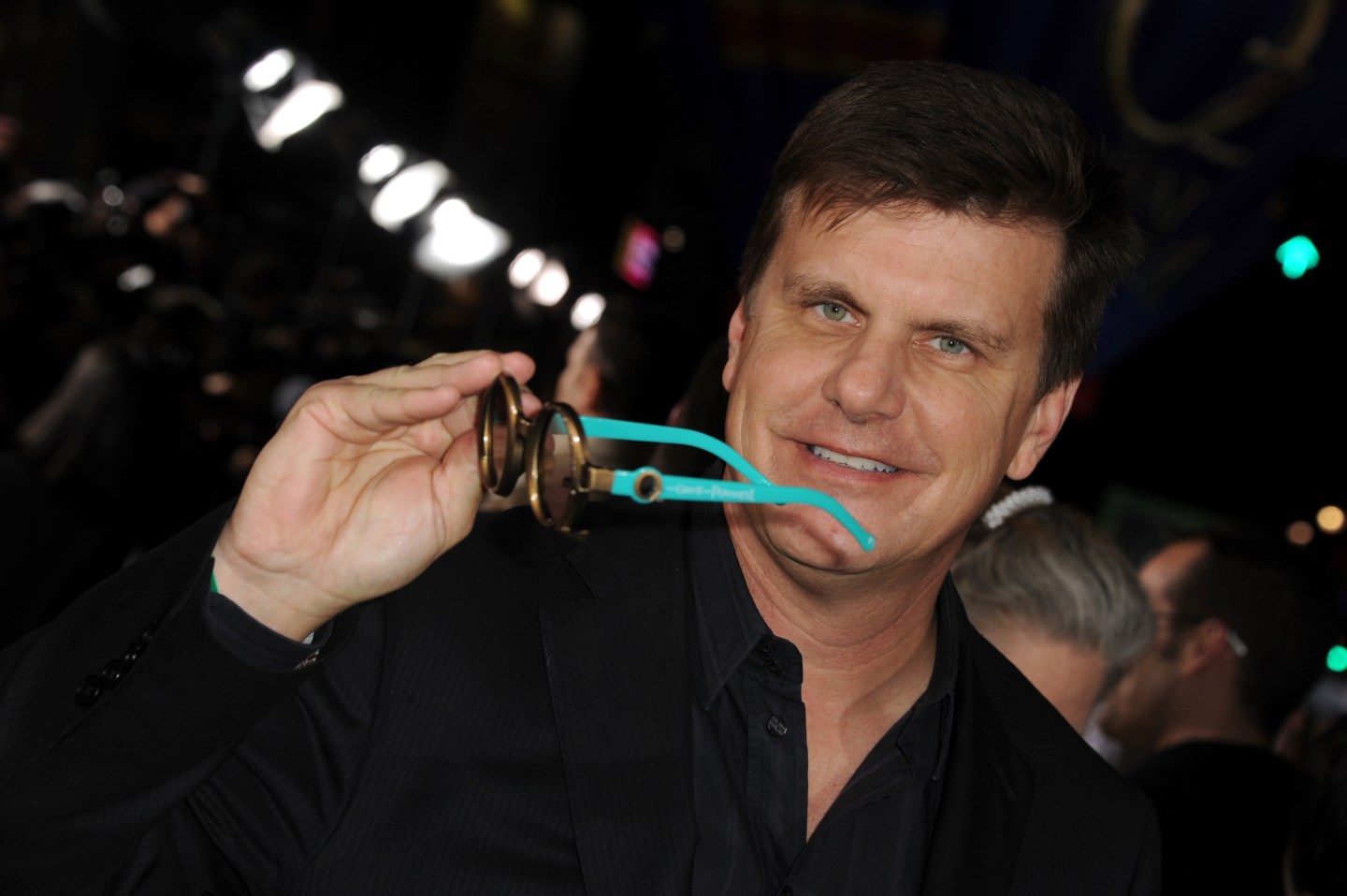 Michael V. Lewis found his calling as a child, sitting in the dark, his eyes fixed on a flashing screen. It was 1977, and he was watching Star Wars. It was like nothing he had ever seen before.

Growing up in central Florida in the Seventies, there wasn’t much to do for entertainment, and so two or three times a week his father would take him to the local cinema. But Star Wars was the first movie that gave him “that feeling of being transported to a different place,” Lewis says. It was a decisive moment. “I was pretty determined that I wanted to be associated with that feeling and with that business.”

The experience foretold not only Lewis’s own future but the future of the motion-picture industry. Nowadays, you would be hard-pressed to name a top-grossing movie that does not partake of the logic of Star Wars, a logic now realized in bigger, better special effects and in eye-popping 3D. Lewis, who today is receiving from the Young Presidents’ Organization (YPO) its inaugural Thomas Alva Edison Innovation Award, is one of the handful of pioneers who made this possible.

Lewis is the co-founder, chief executive and chairman of RealD, a company that makes 3D projection systems and glasses for movie theaters. Having launched in 2005 with the Disney film Chicken Little, which showed in RealD on a mere 100 screens, RealD technology is now used on nearly 14,000 screens in North America, representing 91% of the 3D market, and 28,000 screens around the world, or about 36% of the market. When you break it down by box-office numbers, RealD accounts for well over 50% of 3D movies worldwide.

Related: How to Deal With Your Fear of Changing Careers

A lifelong film buff, Lewis believes passionately that 3D provides a better viewing experience—more immersive, more voyeuristic even. “Michael always saw 3D the way we did,” says Jon Landau, referring to himself and his partner in Lightstorm Entertainment, the director James Cameron, “which is that 3D is a window into a world and not a world coming out of a window.”

Lewis attended the University of Florida, where he majored in political science. His first, modest venture involved buying arcade games and sticking them in fraternity houses, giving the fraternities a percentage of the income generated in exchange for allowing the games to be installed. A finance internship in New York brought him in contact with people in the media industry, and in 1986 he made the jump to Hollywood, working as a movie production assistant before moving gradually into investment banking, consulting and film financing.

Serving as a producer in the late 1990s on two IMAX 3D films, T-Rex: Back to the Cretaceous and Siegfried & Roy: The Magic Box, convinced Lewis that the format had promise. In those days, 3D cameras weighed hundreds of pounds and had to be reloaded with film every few minutes. Very few theaters were equipped the handle the format, which made it hard to recoup production costs. Even so, says Lewis, “I became a believer that it was early days but there was something here.”

He co-founded RealD in 2003 with Joshua Greer, who ran a film production company that had financed James Cameron’s IMAX 3D documentary Ghosts of the Abyss, and they set about convincing studio heads and filmmakers of 3D’s promise. Jeffrey Katzenberg, the CEO of DreamWorks Animation, was an early convert. “[RealD was] there at the very beginning,” Katzenberg told Variety recently, “investing in and perfecting the technology, constantly innovating to deliver what at the time was an unprecedented, quality experience.”

“We were hustling,” is how Lewis puts it. “We were doing demos to anyone and everyone who would listen.” The big break came when they got a call from Disney. “Dick Cook [the chairman of Walt Disney Studios at the time] came in and we showed him our demo. The rest is history.”

RealD licensed the first version of its technology—known as Z Screen, it rapidly alternated frames shot for the left eye and the right eye so as to create a stereoscopic effect—from a California company called StereoGraphics, which RealD soon acquired. Meanwhile, the advent of high-definition digital cameras provided a lightweight alternative to the old film cameras, freeing filmmakers to make all kinds of films in 3D. And blockbuster franchises were springing up that lent themselves naturally to 3D effects.

In 2009, James Cameron’s Avatar proved what an epic viewing experience the technology could provide—and became the highest-grossing film of all time. RealD went public the following year. It enjoys a market position so dominant that most people in the world who have seen a 3D movie in the last decade have seen it, whether they knew it or not, in RealD.

Yet by early 2015, with interest in 3D waning, the company had shed nearly 70% of its market value from its May 2011 high. In the third quarter of 2014, it posted a loss of $11.3 million. This past November, RealD announced that it would be sold to Rizvi Traverse Management for $551 million in cash. Lewis stayed on as CEO.

If passion has long been the most visible engine of Lewis’s success, the watchword now is patience. Earlier this year, RealD introduced new screen technology that it had spent seven years perfecting. Returning to private ownership has freed the company, and its CEO, from short-term thinking. But they may still face an uphill climb.

The challenge is the direct inverse of the one Lewis had with his first business. Where once he was bringing entertainment into people’s homes, now success depends on convincing people to leave their homes in order to immerse themselves in a film. In the age of Netflix, Hulu and Amazon, that isn’t such an easy sell. “That’s why the industry is moving more and more toward spectacle,” Lewis says. “If you’re going to go to the theater, it needs to be, ‘Wow.’ ”

And yet Landau insists that a good story remains the primary selling point. The greatest compliment he has ever received, he says, came from a theater owner as they were walking out of an early screening of Avatar. “He said to me, ‘This is the first time technology made me forget about technology.’ ”

The movie had been screened in RealD.