Donald Trump’s Incoherent Positions Are Part of His Master Plan 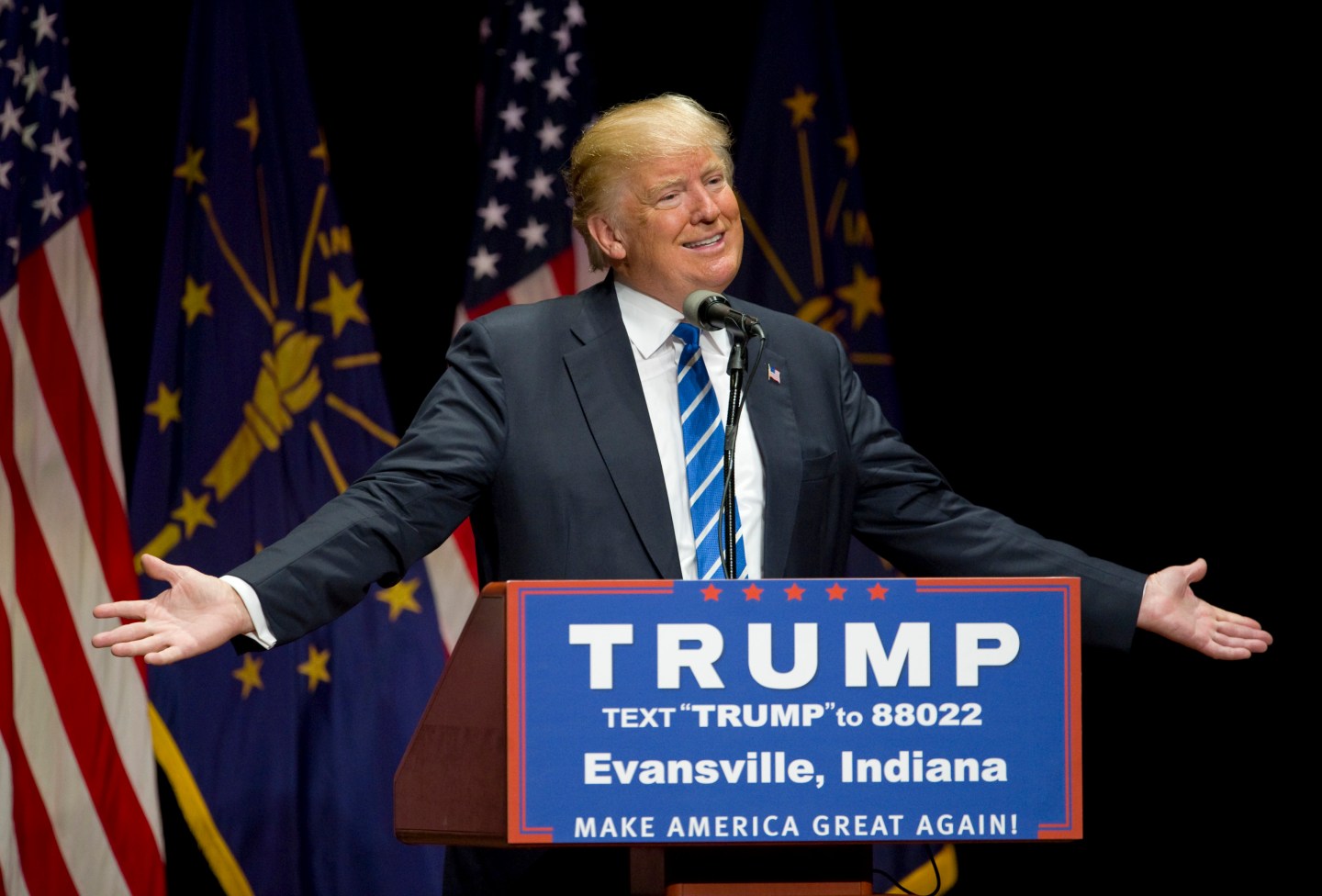 In the past 72 hours, the presumptive Republican nominee has given corporate America whiplash with abrupt shifts on the minimum wage and taxes on the wealthy (he is now in favor of raising both). But such surprising reversals shouldn’t be a surprise at all. They are the essence of who Donald Trump is.

On the campaign trail, Donald Trump has repeatedly proclaimed that America and its leaders are too predictable. As he told The Washington Post’s editorial board: “We’re totally predictable. And predictable is bad.” Trump has promised to change that. In his foreign policy address last month, for example, he said in regard to the fight against ISIS, “We, as a nation, need to be more unpredictable.”

During an interview with Bill O’Reilly back in January, Trump was asked whether, as president, he might bomb Iran’s nuclear facilities. Again, Trump responded with what’s becoming one of his favorite words. “Bill, I’m gonna do what’s right,” he said. “I want to be unpredictable.”

There can often be a great advantage to doing the unexpected in politics. In the 1980 New Hampshire primary, Ronald Reagan bucked the rules at a debate in Nashua, and when the moderator challenged him by attempting to turn off his microphone, Reagan – whose campaign was financing the debate – memorably shot back: “I am paying for this microphone!” This unpredictable move led to thunderous applause and Reagan, of course, went on to win the New Hampshire primary and later the general election.

Unpredictability can also sometimes come in handy in sports, in business or in war. Nobody was expecting the New England Patriots’ onside kick in Super Bowl 49. General Douglas MacArthur kept the Japanese guessing by leapfrogging Pacific islands in World War II. Surprise can on occasion provide a decisive edge and prove to be the difference between victory and defeat.

Unpredictability as a “philosophy”

But there’s a profound difference between unpredictability as a tactic, and unpredictability as a philosophy of governance and leadership. “I keep a lot of balls in the air,” Trump wrote in his book, The Art of the Deal. “I never get too attached to one deal or one approach.” When it comes to a prospective Donald Trump presidency, that viewpoint – the closest thing Mr. Trump has to an ideology — presents a major, and worrisome, problem for the nation he has a shot at leading.

Consider, for example, how a President Trump’s “unpredictability doctrine” will affect his political allies. Across the country today many elected Republicans already are approaching the prospect of a Trump-led ticket with trepidation. A number are struggling to find some accord with his such positions as a ban on Muslims entering the United States, building a wall to keep out Mexicans, and administering something “worse than waterboarding” to terrorists. Once announced, a normal presidential candidate would be expected to stick with those positions and worry about paying a price for abandoning them.

Already, Trump appears to be tripping over his own pronouncements, recently calling his proposed ban on Muslims “only a suggestion” that “hasn’t been called for yet,” despite his own announcement in December that “Donald J. Trump is calling for a total and complete shutdown of Muslims entering the United States.” What does this recent walk-back mean?

Trump may well be moderating his positions as a primary election becomes a general, as plenty of politicians have done. That would be a welcome sign. But with his expressed preference for being unpredictable in his policymaking, it’s simply impossible to tell for sure. And as a result, it will be harder for a Trump administration to build a governing coalition, since his own party will have every reason not to trust that its own standard bearer will stick with the positions he’s championed, and that many have paid a price to accept.

Similarly, how will President Trump negotiate with his Democratic opposition when he has already telegraphed that he may surprise them at any moment? Chuck Schumer and Nancy Pelosi might spend weeks hammering out an agreement on taxes or entitlements only to have Trump announce at a press conference – or, more likely, in a Tweet – that he’s abandoned his stated position altogether. With a proudly unpredictable Trump, Congressional Democrats will question whether any presidential overture might quickly disintegrate into a political trap. Why take the risk?

Perhaps most problematic, Mr. Trump has especially advocated “unpredictability” as a main tenet of his foreign policy. “Why do we have to always tell our enemies what our plans are?” he asked. He apparently feels that same about our allies – as when he, most unexpectedly, labeled most of the nations participating in NATO as financial deadbeats.

By Trump’s own admission, he could reach out to China one day, turn against Beijing the next, offer a surprising overture to Syria a few days later, and then cut off all support to NATO by the weekend. Those are unpredictable moves, yes. They could also be dangerous and destabilizing.

He’s even held open the possibility of using a nuclear weapon against ISIS. Does he mean that, or is this part of a strategy to keep them guessing? Whatever he truly thinks today, will he change his mind tomorrow? Who knows?

Implicit in the role of Chief Executive – and Commander-in-Chief – is the basic principle of trust. The holder of the office needs to hold the trust of fellow elected officials, of foreign leaders, and above all, the trust of the American people. The President of the United States must be a trustworthy actor who behaves rationally – even, dare we say it, predictably.

Trump has made clear repeatedly that he can’t be counted on to mean the things he says, or do the things he’s promised, or act in the way in which he is expected to behave as leader of the most powerful nation on Earth. With Trump, acting in a surprising and inconsistent way isn’t tactical. It’s definitional. If enough of the American people accept this and come out to vote for him anyway, at whose feet besides our own will lie the blame for the predictable chaos that ensues?

Unpredictability may be fun for a television show. Under the right circumstances it can work on the battlefield. It may even work in a boardroom, on occasion, or in a football game. But it’s not the way to run an already great America to which the rest of the world looks for leadership and stability.

Mark L. Alderman served on the Kerry for President and Obama for America National Finance Committees and the Obama-Biden Presidential Transition Team, and is currently Chairman of Cozen O’Connor Public Strategies.

Howard Schweitzer served as Chief Operating Officer of the TARP in the George W. Bush and Obama Administrations and General Counsel of the Export-Import Bank of the United States and is currently the Managing Partner of Cozen O’Connor Public Strategies in Washington DC.