Hyperloop Technologies Gets a New Name, $80M, and Partners Ahead of Public Test 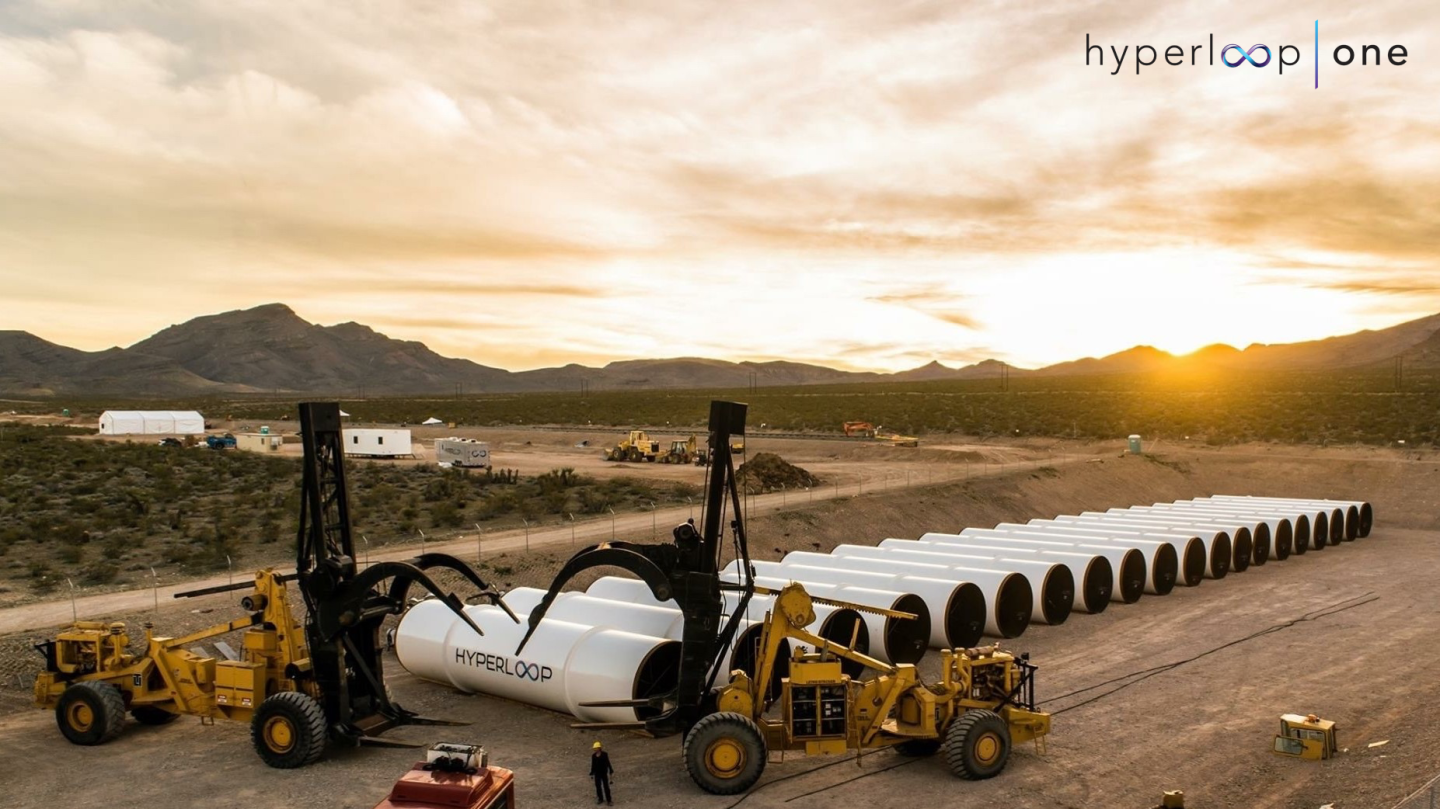 The two chief rivals in the race to build Hyperloop—the futuristic high-speed transport system for people and packages —have different approaches, and until Tuesday evening, had two incredibly similar names that caused constant confusion.

Hyperloop Technologies, founded by Brogan BamBrogan and Shervin Pishevar and led by ex-Cisco President Rob Lloyd, solved the problem by changing its name. The new company name—it’s now Hyperloop One—is a minor a blip of an announcement when compared with the other news shared by its executive team Tuesday evening at an event in Nevada.

Hyperloop One has raised $80 million, launched a global challenge to pick where it will be built, has a bevy of new global partnerships with infrastructure, engineering, consulting, and transportation firms, and is holding a high-stakes public test of its propulsion tech Wednesday. Oh, and it plans to launch a full-scale test of the system in the fourth quarter of this year.

In other words: game on.

In 2013, SpaceX and Tesla CEO Elon Musk shared his idea of placing people and things in pods and hurtling them through a low-pressure tube at speeds in excess of 700 miles per hour in a system called Hyperloop. He challenged others to pursue and potentially develop the concept. Hyperloop One and competitor Hyperloop Transportation Technologies were among the first to jump at the idea.

The $80 million funds raised by Hyperloop One in a Series B funding round come from a mix of existing investors such as Caspian Venture Partners, EightVC, Sherpa Ventures, and ZhenFund as well as new investors, including GE Ventures, Fast Digital, Khosla Ventures, France’s national railway SNCF, and Western Technology Investment.

Hyperloop One also announced a global competition that invites teams to submit a commercial, transport, economic, and policy case for their city, region, or country to be considered to host the first Hyperloop networks. This isn’t an engineering challenge, according to Hyperloop One. Instead, the company is looking for teams to make the case for how the Hyperloop could transform passenger and cargo transport in their locations as well as describe how it can drive economic growth and create new opportunities.

"Just like in the Olympic bidding process, we want you to come together with your government and business leaders…" #hyperloop

Submissions will be accepted until September 2016. An international jury of leading experts in transport, technology, economics and innovation will pick 12 finalists in the first quarter of 2017. Three winners will be announced by the second quarter next year.

A number of new global partnerships were also revealed during the event Tuesday. Multinational engineering firm AECOM, underground engineering specialists Amberg Group, UK-based engineering and design company ARUP, German railway and logistics giant Deutsche Bahn, FS Links Ab, and KPMG are just some of the heavy hitters that are partnering with the startup.

Under the partnerships, Hyperloop One will evaluate specific passenger and freight routes. Hyperloop One is working with FS Links to study the viability of a Hyperloop route linking Helsinki, Finland, and Stockholm, Sweden, which could theoretically reduce the travel time from more than 16 hours by ferry to around 30 minutes.

For more on Hyperloop, watch:

Hyperloop One’s big moment isn’t over yet. On Wednesday, the company holds its first open-air test of its propulsion system in North Las Vegas, Nev.

The hubbub around Hyperloop One comes a day after competitor Hyperloop Transportation Technologies, or HTT, announced it had licensed technology from the U.S. Lawrence Livermore National Labs that is safer and cheaper than what conventional high-speed trains use. HTT says the base technology of its proposed high-speed transportation system is passive magnetic levitation originally developed by Dr. Richard Post and his team at national lab. The startup has worked with the national lab over the past year to develop and build test systems using the technology.

The race between HTT and Hyperloop One, which is also using levitation technology, has heated up in recent months. HTT, which is a crowdsourced effort, is building a 5-mile test track in California. In March, HTT said it reached an agreement with Slovakia for a possible Hyperloop system to be built in that country.

Meanwhile, Hyperloop One has received approval to receive $9.2 million in tax incentives to create a testing facility in North Las Vegas, the same location where electric car startup Faraday Future is building its factory.