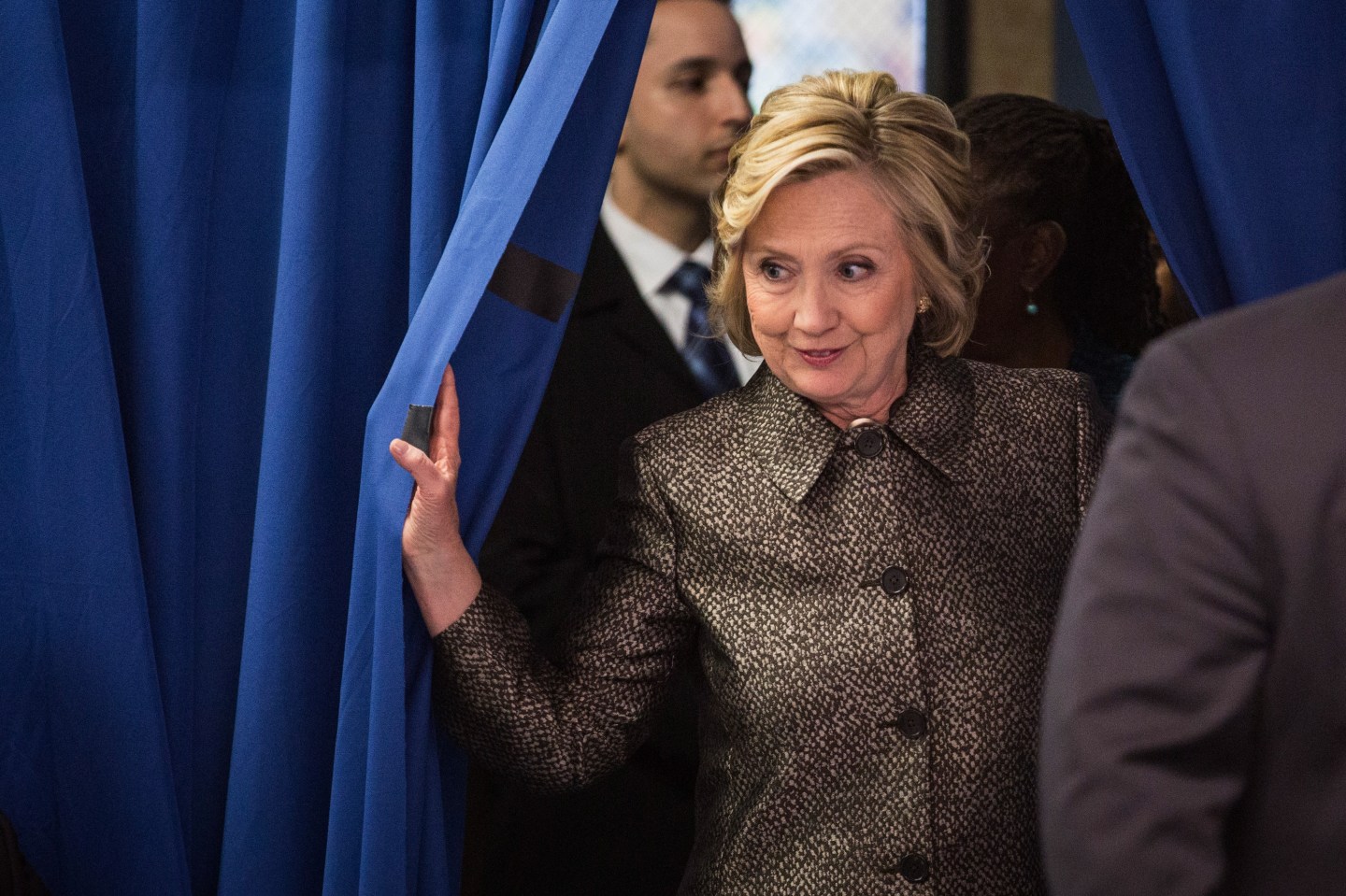 One day the social network is confirming that it will sponsor the GOP convention in Cleveland that will presumably crown Donald Trump as the Republican standard-bearer.

A few days later, an unnamed former Facebook employee is saying the company routinely suppressed news stories that might appeal to conservative readers by removing them from its trending list (even if they really were trending).

Now there appears to be a tie-breaker: In this election cycle, Facebook (FB) employees have donated more to Hillary Clinton—a lot more—than to any other candidate, The Hill reports.

According to The Hill, some 78 people in Facebook’s engineering, communications, public policy, strategy, marketing, and human resources departments donated to the former First Lady. That donor list includes at least seven vice presidents, one of whom is Tom Stocky, who gave $2,700—the maximum an individual is allowed to give per election to a federal candidate—last October.

Who’s Stocky? Well, he heads the team that runs the social media giant’s Trending Topics feature, and was the one who defended it publicly on Tuesday (in a Facebook post, of course).

So, Facebook is clearly in the Clinton camp, right?

Well, not so fast. The donations that The Hill was able to access were itemized contributions—that is, ones that were received by named donors. But, as The Hill notes, campaigns don’t have to give donor information for contributions under $200. Only about $66 million of the $182 million Bernie Sanders has so far raised has come with donor identification. So it’s entirely possible that thousands of other Facebook employees are donating small amounts to Sanders—or to Trump, for that matter. Whether that’s likely is another thing.