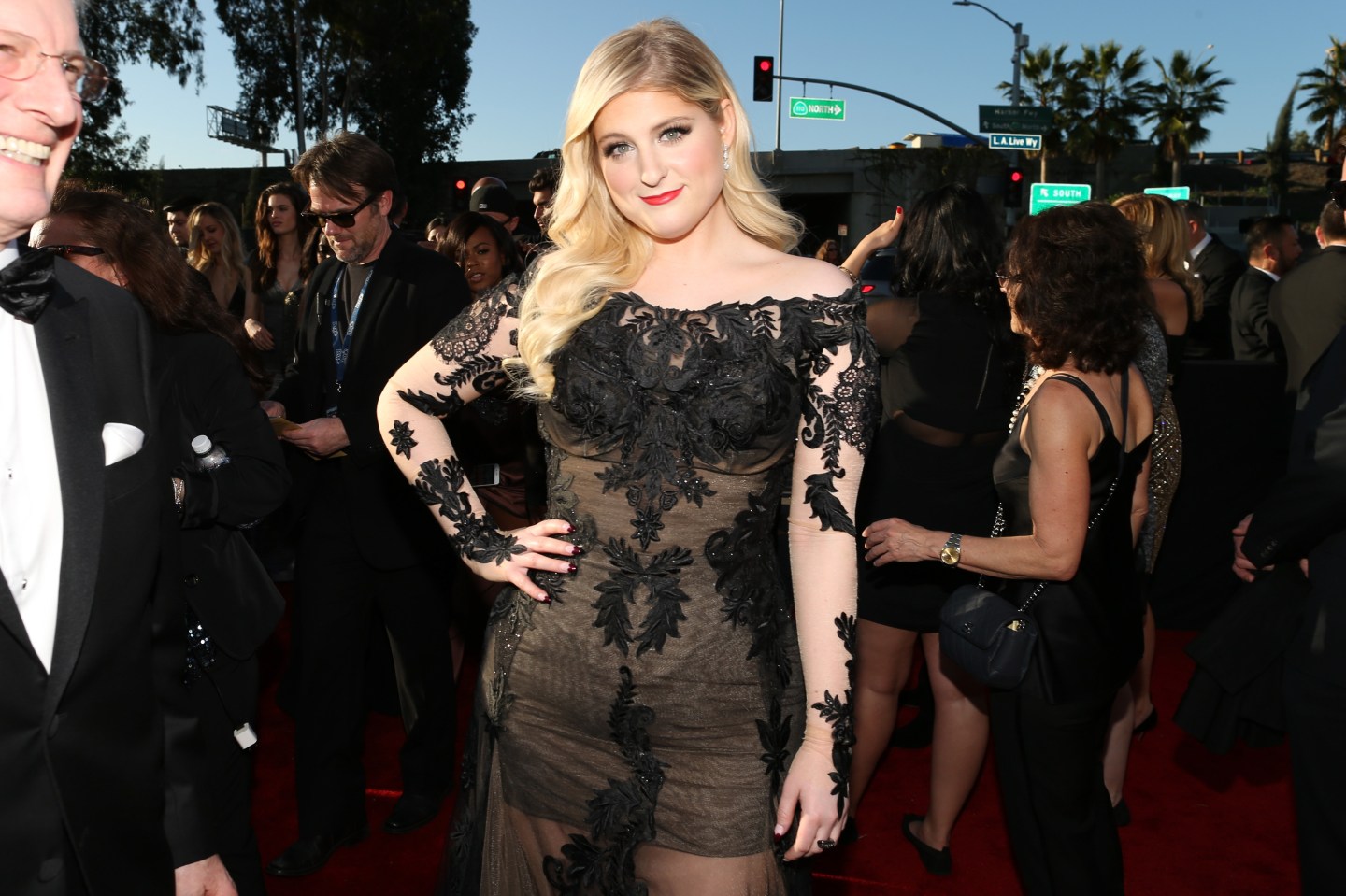 It harder than ever to stand out in the music industry these days. So a little controversy can go a long way.

Pop star Meghan Trainor grabbed headlines late Monday when she ordered Vevo to pull down her latest music video – “Me Too” – saying she objected to the video, which “photoshopped” the size of her waist to make her look thinner. “My waist is not that teeny,” she says in a Snapchat video. “I had a bomb waist that night; I don’t know why they didn’t like my waist. But I didn’t approve that video, and it went out for the world. So I’m embarrassed.”

She told USA Today that she had “screamed” and “had to try not to cry.”

Her fans quickly rallied behind her.

Late Tuesday, though, Trainor, a leader in the body-positivity movement, changed her story, saying she had, in fact, approved the “photoshopped” video, though she contended she didn’t notice the edits before the release and the whole experience had “confused and frustrated” her. She told Howard Stern on his Sirius XM radio show that she’d asked the producer to photoshop out her “peach fuzz” but never said to “cut off my rib.”

All of this comes just days before her album hits stores on Friday.

The real #metoo video is finally up! Missed that bass. Thank you everyone for the support 💙

“I am more upset because I don’t want this whole music video and song, my second single, to be all focused on the Photoshopping, you know?” Trainor told Entertainment Tonight.

But some music veterans say this is simply how music operates today.

“You can never be cynical enough in the music business,” says Bob Lefsetz, a long-time music industry analyst and critic. “[Incidents like this] make the audience align with the musician. In an era where it’s hard to get attention, anything you can do is good. … Meghan Trainor is saying ‘I’m an imperfect girl in an imperfect world.'”

This is hardly the first time an artist has been embroiled in a scandal right before their latest work went on sale. Kanye West, earlier this year, conveniently kicked off a feud with Taylor Swift and went on a series of Twitter rampages right before the launch of his “The Life of Pablo”. Beyoncé raised eyebrows during her Super Bowl halftime performance, a couple months before “Lemonade” dropped.

As far back as 1992, Madonna was stirring the pot, releasing her “Sex” coffee table book (showing pictures of her engaging in a variety of sexual acts) the day before releasing her “Erotica” album.

The changing landscape of the music industry, where streams are a measure of success on par with physical sales, has upped the game, though. Whereas, say, Madonna was looking to boost week one sales of “Erotica” in order to convince retailers to reorder the album quickly, today it’s more about immediately capturing the attention of the short attention span listener.

“We are definitely in a new era,” says Lefsetz. “What we have learned is you want to be able to monetize what you’re doing immediately. … Amongst the pop music world, which is where the money is, you have to play the game. You have to look like the world’s biggest superstar.”

Kanye West is certainly the king of courting controversy, but commanding the spotlight doesn’t have to always have a negative association. Taylor Swift, for example, has managed to remain center stage in the public world for over 16 months. And that has perhaps helped her songs continue to resonate with listeners.

In fact, just the release of an album today is a marketing event. Instead of the traditional publicity blitz before a release, artists, like Radiohead, Beyonce and Adele, are using guerrilla methods to spring them on fans.