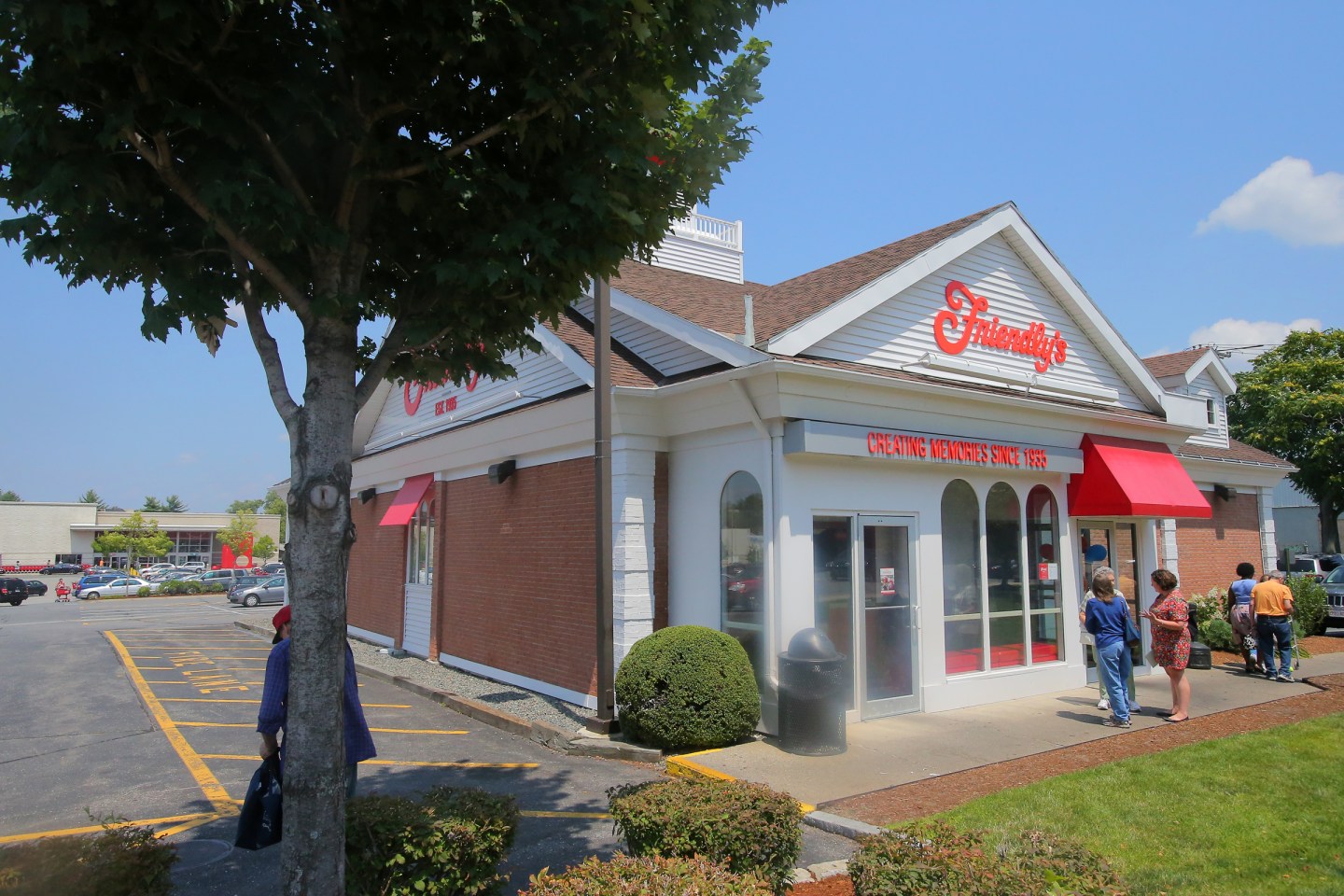 Friendly’s Ice Cream’s retail and manufacturing businesses are being acquired for $155 million by milk producer Dean Foods, which is leaving the brand’s 260 restaurant locations in the hands of its private equity owner.

Known mostly for its prowess in the world of ice cream, the deal for Friendly’s is expected to “immediately” add to Dean Foods’ (DF) earnings and margins. Importantly, Dean Foods is only buying the manufacturing and retail ice cream business, which is distributed to over 8,000 retail outlets. That business generated $166 million in annual net sales and posts low double-digit growth in both volume and net sales.

Private-equity firm Sun Capital Partners, which bought Friendly’s for $337.2 million in 2007, will continue to own and operate the chain’s 260 U.S. restaurant locations and will license the use of the Friendly’s trademark under a pact with Dean Foods as part of the deal.

That’s a significant distinction as Friendly’s and other casual dining chains have faced great pressure to compete as diners are lured by newer rivals like Chipotle (CMG) and Shake Shack (SHAK). Weak restaurant sales were partly to blame for Friendly’s landing in bankruptcy in 2011.

Chief Executive Gregg Tanner told analysts during a conference call on Tuesday morning that he believed the Friendly’s brand would help prop up Dean Foods’ plan to grow its ice cream business.

“Friendly’s has a strong brand presence in the Northeast, an area where Dean currently has a void,” Tanner said of the Dallas-based food and beverage maker.

Tanner also lauded Friendly’s manufacturing diversity within the ice cream category, as well as high brand awareness where it operates. He said new flavors and ice cream innovation that has been introduced since 2012 make up more than 22% of Friendly’s retail sales today, implying a strong pipeline of new product development of late.

Ice cream has been a bright spot for Dean Foods, with volume for that product category growing by 4% in 2015 even as the company’s total volume slipped 3.1% due to weakness for fluid milk. Ice cream is Dean Foods’ second largest category – contributing to 12% of sales while fluid milk makes up the bulk, at 71%.