50% of Teens Say They’re ‘Addicted’ to Their Phones 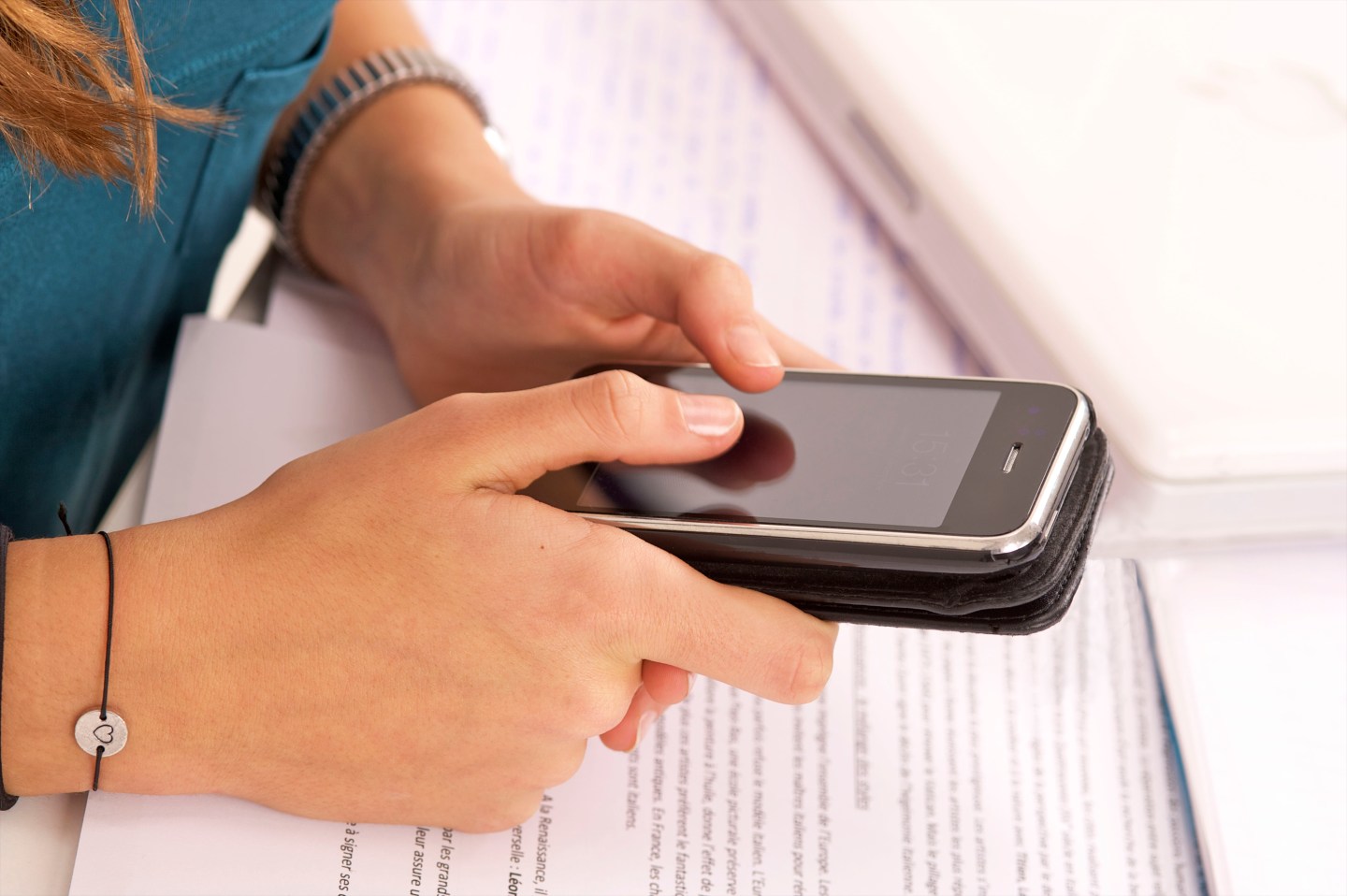 Last week, the nonprofit Common Sense Media released the findings of a new poll on mobile device usage and family conflict. Of over 1,200 parents and teenagers surveyed, 50% of teens said they “feel addicted” to their mobile devices.

Though these teens were self-diagnosing, cell phone addiction, like internet addiction before it, is a very real thing. Social media may be particularly entrancing, with notifications from apps like Facebook and Twitter providing jolts of pleasure in some ways similar to the effects of drugs and gambling.

In fact, the latest version of the Diagnostic and Statistical Manual of Mental Disorders, the 2013 DSM 5, added a category of addictive behavioral disorders that encompassed both gambling and internet gaming. Cell phone addiction may not be far behind – cell-phone rehab programs are already popping up around the U.S.

The Common Sense survey also found that while mobile device usage can cause conflicts in families, they may not be creating long-term harm. Around 70% of parents and teenagers said they argued about device usage, and 77% of parents said their teenagers were sometimes distracted by their phones or tablets during time spent together with family.

But more than 80% of both groups said that despite all that, mobile technology has made no difference in family relationships, or even improved them. While some of that may be wishful thinking on respondents’ parts, it also likely reflects parents ability to keep closer tabs on kids through their phones and social media.

For more on mobile and society, watch our video.

The study’s most disturbing finding, though, is that 56% of parents surveyed admitted to checking their mobile devices while driving – and that’s probably a low number, since people tend to under-report bad behavior in self-reported surveys. Worse, 51% of teens reported seeing their parents using their phones while driving – meaning parents were texting with their kids in the car.

In case it needs repeating (and apparently it does), drivers using a mobile device are as or more dangerous than drunk drivers.