How the Kentucky Derby Is Raising the Stakes for its Fans 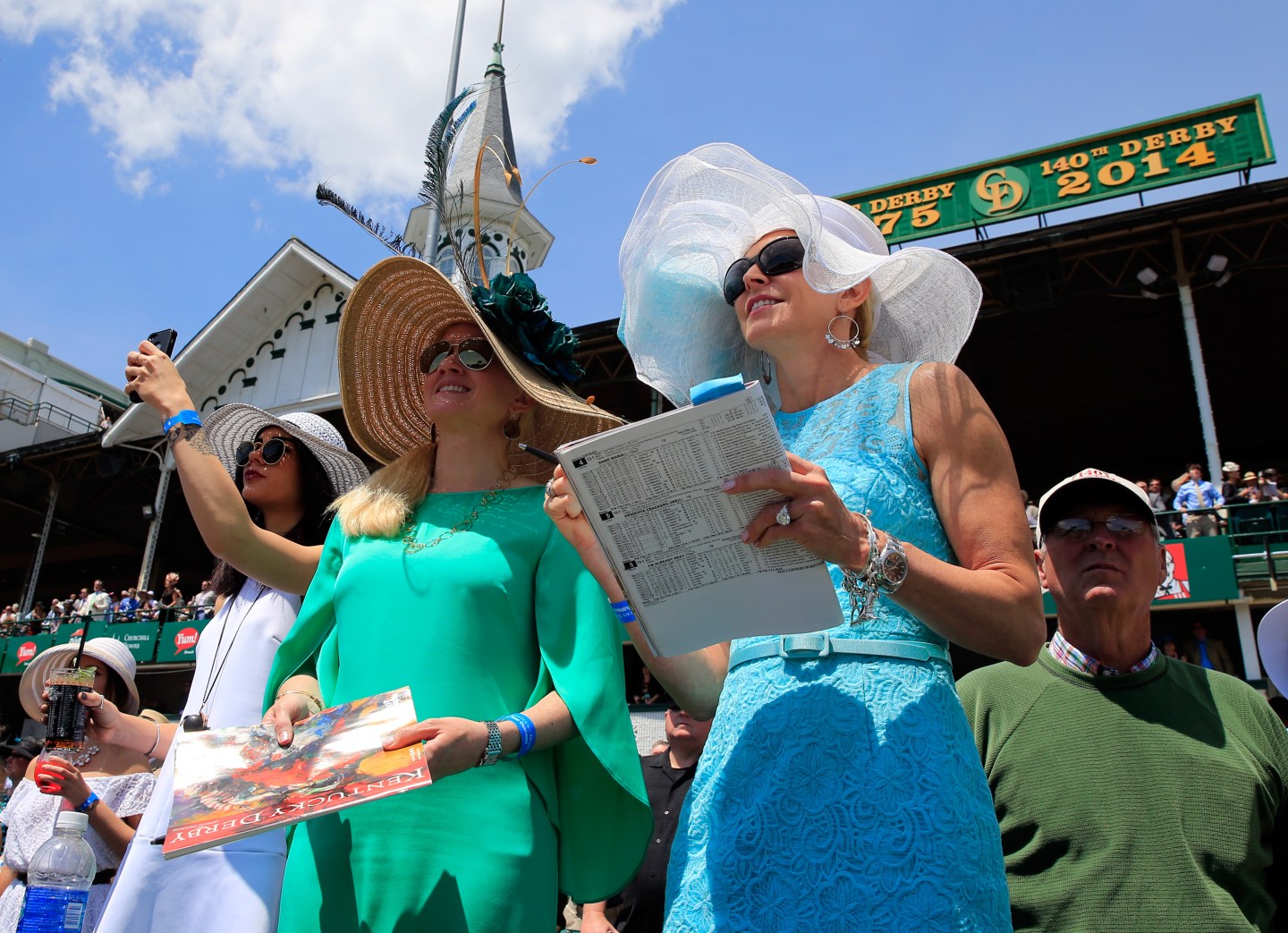 This weekend’s Kentucky Derby is known for nattily dressed spectators, but “The Run for the Roses” is giving other major sporting events a run for their money when it comes to the fan experience.

The iconic Churchill Downs Racetrack in Louisville, Kentucky, host of the race, has spent some $70 million over the past six years upgrading the facility’s seating, sightlines, food and beverage, as well as its digital infrastructure.

“We wanted to make sure the fan experience lived up to their expectations and what they saw on TV,” Ryan Jordan, general manager of Churchill Downs told Fortune. He added, “We never sit still, the Derby has huge crowds (about 170,000 for the Derby), we sell out every year but we don’t take it for granted. We know if we don’t innovate and improve, it won’t be the case.”

Ryan calls out some new offerings for this year’s event: new, expanded and enhanced premium-dining facilities at the Turf Club, and the Stakes Room. “With the explosion of the foodie scene and mixologists, we’re trying to integrate and introduce more of that at the race track,” notes the Churchill Downs (CHDN) executive.

Churchill Downs has boosted its mobile coverage and contracted VenueNext to create an app to help fans park their cars, find the concessions, restrooms, the paddock, and their seats. It will also allow for express pickup orders and even in-seat delivery for a few select sections.

Ryan explains these last two features will roll out to more sections for smaller races that attract 25,000 or fewer fans, but the track wanted to keep it simple for the debut.

He notes the app will tie the venue and its offerings together in one convenient location, the smartphone in a fan’s palm: “We want to grow the Derby in all metrics—attendance, revenue and put on the best possible event we can. One of the challenges is making all those services accessible. The app will let them know where all the amenities are and how to get there. We have a lot of places onsite that are fragmented, the guest had to find them in different ways.”

The Churchill Downs Racetrack App has been released on Apple iOS and Google’s Android platforms. VenueNext created it much like the app it built for its home arena—Levi’s Stadium in Santa Clara, California, home of the NFL’s San Francisco 49ers. The app maker was incubated and then spun out by the team’s owners.

VenueNext built the Super Bowl App used at Levi’s in February and the company’s platform is being used by some of the biggest names in sports: the Dallas Cowboys, New York Yankees, Orlando Magic, Minnesota Vikings and the 49ers.

“We’ll have content about the horses in the race and details about that,” explains John Paul, co-founder and CEO of VenueNext, adding, “But we’ll also have linkage to the TwinSpires App. We can only do that on iOS, you can’t do that on Android. It doesn’t allow betting apps.”

Paul says venues pay a fixed license fee and then can sell in-app ads or generate other revenue and keep that for themselves. Plus there’s the data angle: “Besides bringing a better fan experience, the best thing we do is bring the data so they can use our platform to improve the experience during the race. Afterwards we’ll dump the data into an analytics platform, look at the trends and how to improve.”

Raising the stakes for well-heeled fans

Ryan says more people are looking for white glove concierge treatment and longer stays: “They want the best seat in town for performances and restaurants, tours around the racetrack.” These packages start at $7,000 per person with tickets to attend races on Friday for the Oaks and Saturday for the Derby.

Robert Tuchman, an executive with CAA Premium Experience, a division of CAA, says fans across the board are more demanding: “Only twenty years ago, when I started my first business, two tickets and a coupon voucher were enough for most VIP clients. Today you need the best seats, field or locker room access, an opportunity to watch the game with a former player and even have a pre-event meal cooked by a celebrity chef.”

The fan experience exec adds, “Churchill has always been a leader in this space and consistently looks to create a better, more upscale fan experience, specifically for the Oaks and the Derby. The great thing about Churchill and horse racing in general is the amount of space you have to work with.”

It’s not lost on Craig Fravel, president/CEO of the Breeders’ Cup which rotates between the sport’s top tracks: “We aspire to be considered on the same level as other great sporting events such as the Super Bowl or the Masters, which have great reputations for customer experience and community events. Sometimes in major sporting events it’s not enough to put on a great event, you need a photogenic venue and memorable events that are food-related and music-related.”

Fravel notes that Churchill Downs was just awarded the 2018 Breeders’ Cup, “No small part of that is all the work they’ve done to make the venue that much more special. For places to be Breeders’ Cup capable, not only can you deliver world-class racing, but a world-class community, hotels, and a real weekend or week of really fine experiences for our customers.”

Tuchman says these luxury packages can help venues and races hit the proverbial trifecta: “It’s a major money maker, right up there after TV and digital rights along with sponsorship dollars. Those dollars are set numbers for the most part, but hospitality is determined by what you can offer someone and how you can make someone aware of the opportunity. That means you need a good product and a good sales team.”