Katie Couric Could Be on Her Way Out at Yahoo 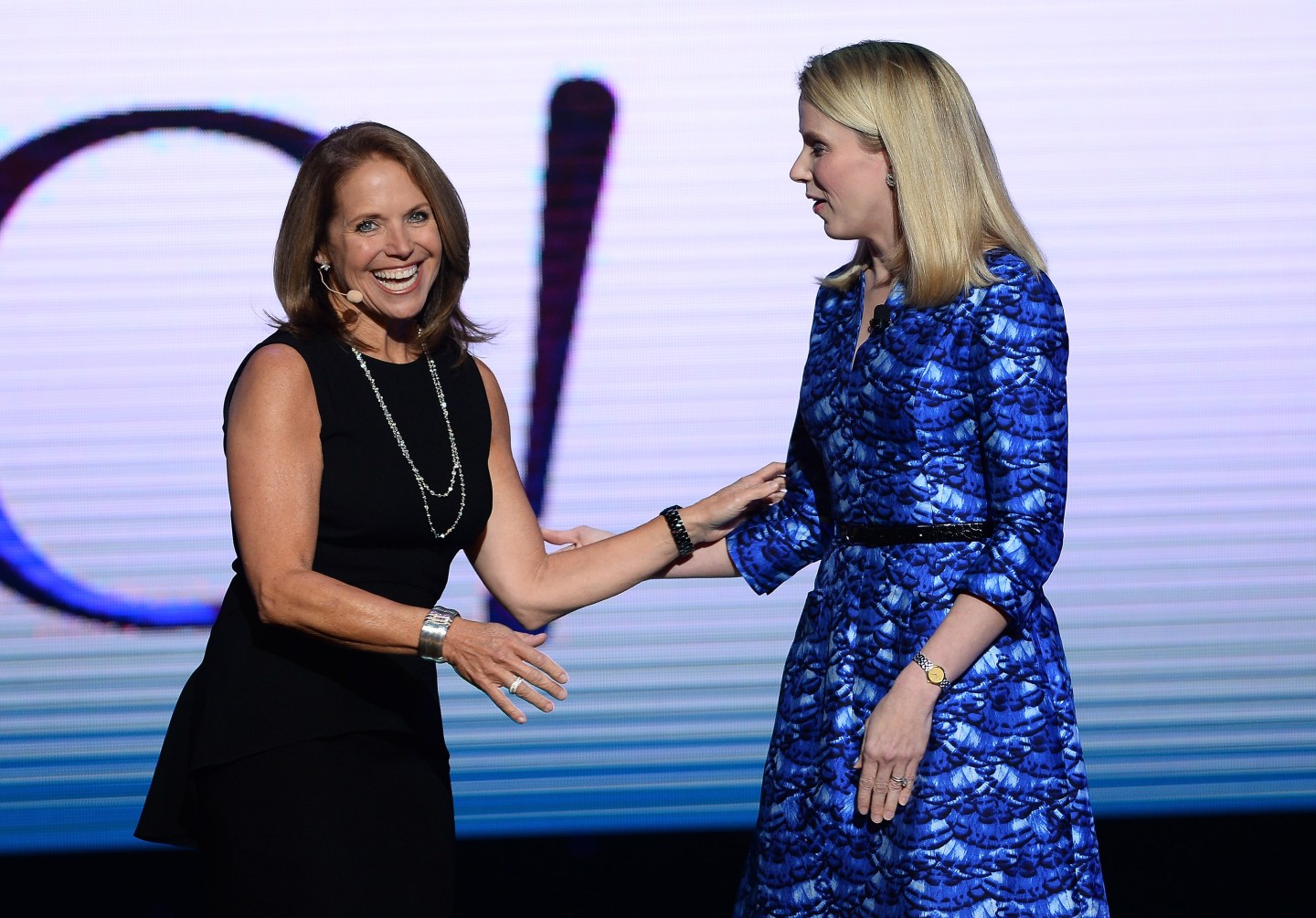 UPDATE: This article has been updated with a statement from Yahoo.

Katie Couric could be counting down her days at Yahoo.

Couric, who joined Yahoo News as its global anchor more than two years ago, is reportedly looking to move on as the company’s core web assets are being shopped around to unconfirmed buyers. That’s according to the New York Post, citing anonymous sources who claim that the TV host is already “thinking about her next act” and has skipped some major events lately, including last week’s White House Correspondents’ Dinner as well as Yahoo’s NewFront presentation, the company’s annual pitch to advertisers.

The Post added that Couric is one of multiple big media names at Yahoo (YHOO), including style editor Joe Zee and former New York Times tech columnist David Pogue, who are unhappy with how the site displays their content and think Yahoo should do more to drive traffic. Couric told the Post‘s Page Six section: “I’m very proud of our incredible team and how they are producing consistently high-quality content on a daily basis, despite the uncertainty.”

Before joining Yahoo, Couric had hosting and news anchor gigs at all of the Big Three television networks, most recently with ABC, where she and other Yahoo News talent have often appeared in partnered segments.

When reached by Fortune for comment, a Yahoo News spokesperson provided this statement: “We just announced an extended slate of programming with Katie Couric during our Yahoo NewFront presentation. We look forward to continuing our work together, and bringing our audience even more of her exceptional journalism and storytelling.”