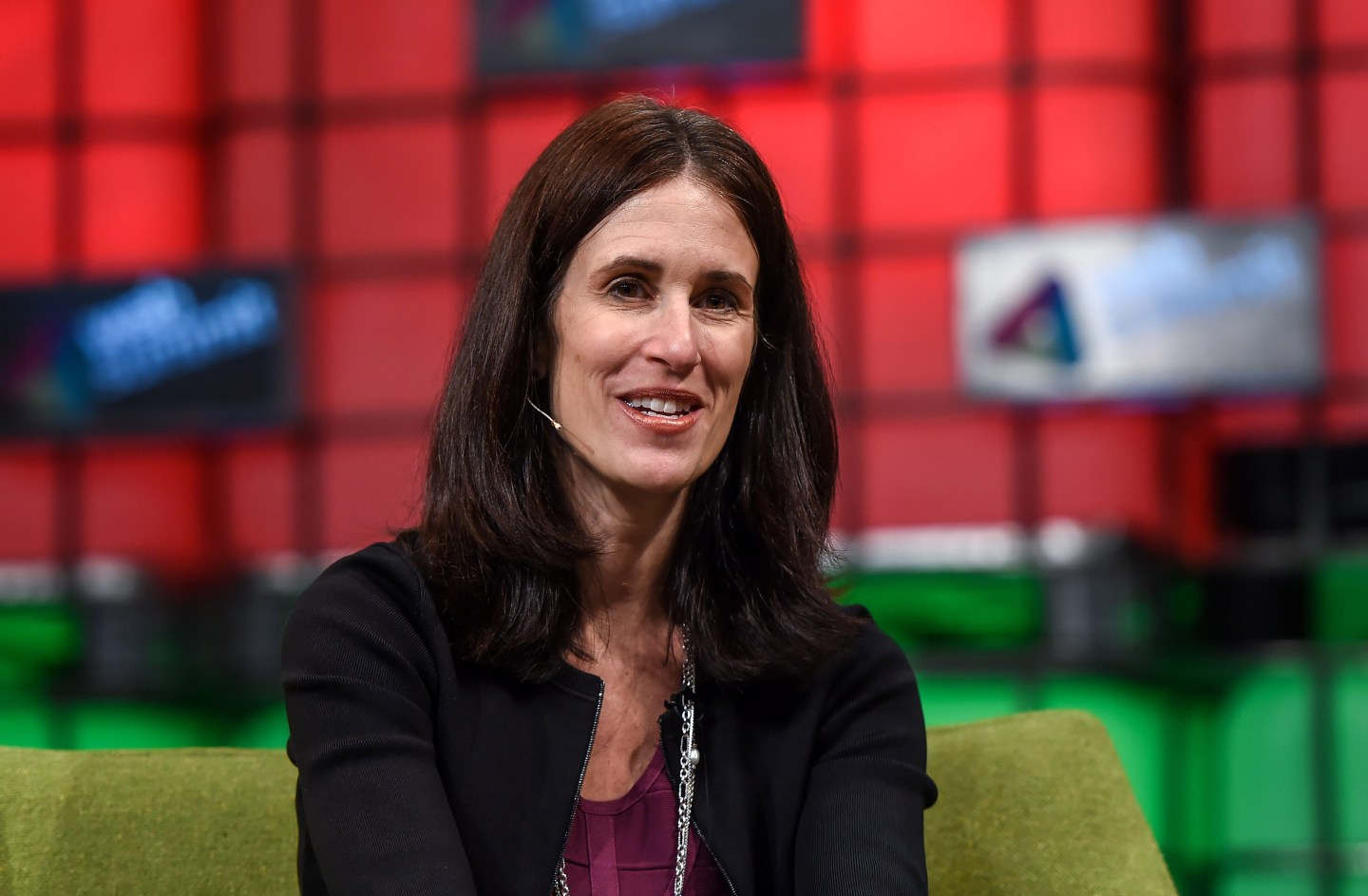 DUBLIN, IRELAND - NOVEMBER 05: In this handout image supplied by Sportsfile, Michelle Peluso, CEO, Gilt, on the centre stage during Day 2 of the 2014 Web Summit at the RDS on November 5, 2014 in Dublin, Ireland. (Photo by Stephen McCarthy / SPORTSFILE via Getty Images)
Photograph by Getty Images

TCV invests in both public and private technology companies. For instance, the firm invested in Netflix (NFLX) in 1998, prior to the company’s IPO, and still has a significant stake in the streaming video giant.

Peluso joined Gilt in 2013 from Citigroup, where she was the chief marketing and internet officer. She was also the CEO of Travelocity for six years prior to Citigroup (C). Also serving on the board of Nike (NKE), Peluso will be joining TCV as a venture partner, where she will take on a part-time role advising the firm’s portfolio, investing in new companies, and more.

Under Peluso, Gilt had a tumultuous ride to its exit. Valued at $1 billion at one point, the luxury discount e-tailer was one of the leaders in the pack of flash sales sites, including HauteLook, Rue La La, and others. The company even had hopes of an IPO. But in the past few years, reality set in, and it became clear Gilt and others couldn’t compete in an e-commerce world dominated by Amazon.

Gilt isn’t the only flash sales site to lose steam. Shares in Zulily, a Gilt rival, plunged over 60% following its initial public offering in 2014. Earlier this year, Zulily sold itself to the parent of home shopping channel QVC for $2.4 billion. Ideeli, which had raised over $100 million from investors, was sold to Groupon in 2014 in a fire-sale. Like Gilt, Fab.com was also valued at $1 billion, but sold for $15 million in 2014.

Target Sets Its Eyes on E-Commerce and Classy Stores

As for what advice Peluso would give startups in the e-commerce world, she said that considering the relative “choppy waters” in the current economy, entrepreneurs should be paying serious attention to their unit economics, or how much money they are making on each customer and or order. She’s also interested in how to bring digital experiences into stores to make the experience better than in the traditional brick and mortar environment.

Peluso is especially passionate about helping foster more women entrepreneurs and leaders, and will be continuing that effort while working at TCV.