Virtual Reality Prepares for Its Close-Up 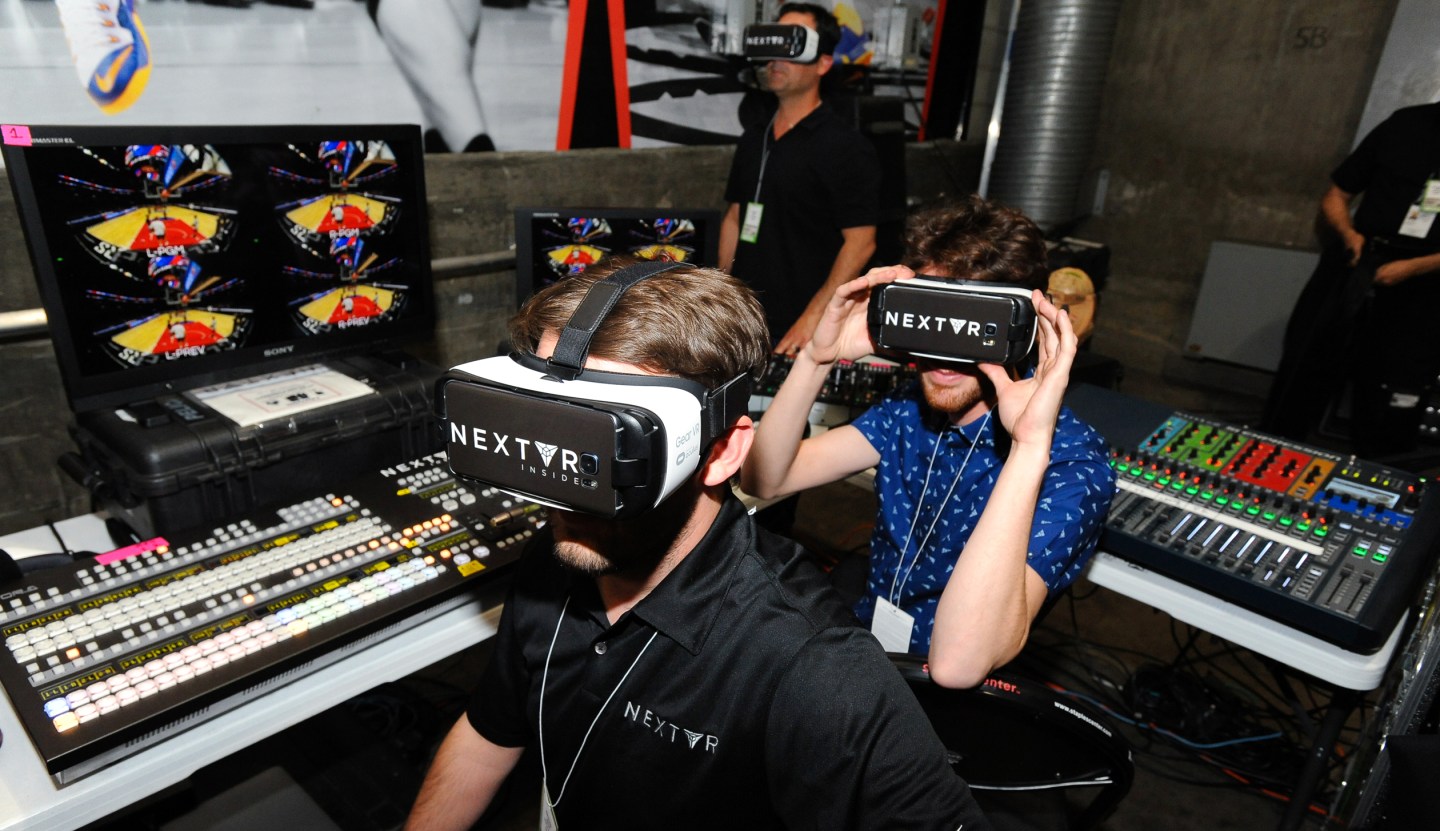 In case you haven’t noticed, virtual reality is all around us. Facebook’s doing it, the PGA Tour is doing it, and The New York Times is doing it. So is the San Francisco International Film Festival.

I stopped by the annual event for cinema-lovers last weekend to check out its first-ever “VR Day,” a showcase of made-for-virtual-reality shorts. My conclusion? In case I had any skepticism about VR becoming a mainstream form of entertainment, those doubts are no longer there.

The event was held at Gray Area—an “electronic arts and performance” venue—in San Francisco’s Mission neighborhood. When I first walked into the darkened space, I had to wait a few seconds for my eyes to adjust. A handful of circular tables were scattered throughout the room, each surrounded by leather office chairs. Swiveling around in those office chairs were the viewers (best described as futuristic hipsters), each sporting a clunky VR headset and headphones. As they turned in their chairs, they looked up and down and to their sides, their bodies contorting to take in every possible angle of a scene only they could see.

One of the tricky things about VR Day is that you must wait your turn—everyone needs a headset and headphones and a place to sit in order to get the experience, and that’s a lot harder to scale than a 3D movie in a normal theater. But most of the short films I watched were worth the wait.

The best were the ones that played with your senses—Seeking Pluto’s Frigid Heart made me feel like I was standing right on the icy dwarf planet. Another standout, Notes on Blindness: Into Darkness, explored the cognitive and emotional experience of losing one’s vision. Using “binaural” audio and beautiful animations, the immersive experience was probably the most striking and vivid of the short movies featured at VR Day. For those few moments that I had my Samsung (SSNLF) Gear headset on, and was completely enveloped and engrossed in the filmmaker’s world, I was no longer in San Francisco’s hipster mecca. I was transported to another reality—an utterly virtual reality that felt totally real.

It’s not clear what business models will win out in the world of virtual reality. Which headsets and platforms will dominate? Will people pay money to come to mainstream VR events like they do to go to the theater? Will they opt to buy a VR entertainment system for their home?

A recent Fortune story on the future of VR suggests the market for the budding technology could be worth $150 billion in just four years. But it also points out that no one really knows which companies, technologies, and experiences will win out.

Even Facebook CEO Mark Zuckerberg, whose dominating social network started shipping the Oculus Rift headset in March (a reminder: Facebook (FB) bought Oculus for $2 billion in 2014), says it’s early days. As Zuck said during the company’s recent earnings call: “We don’t expect VR to take off as a mainstream success right away. I really want to emphasize that. Most Rift early adopters are gamers and developers, but eventually we believe that VR is going to be the next big computing platform, and we’re making the investments necessary to lead the way there.”

The next big computing platform? I have to say I’m sold.