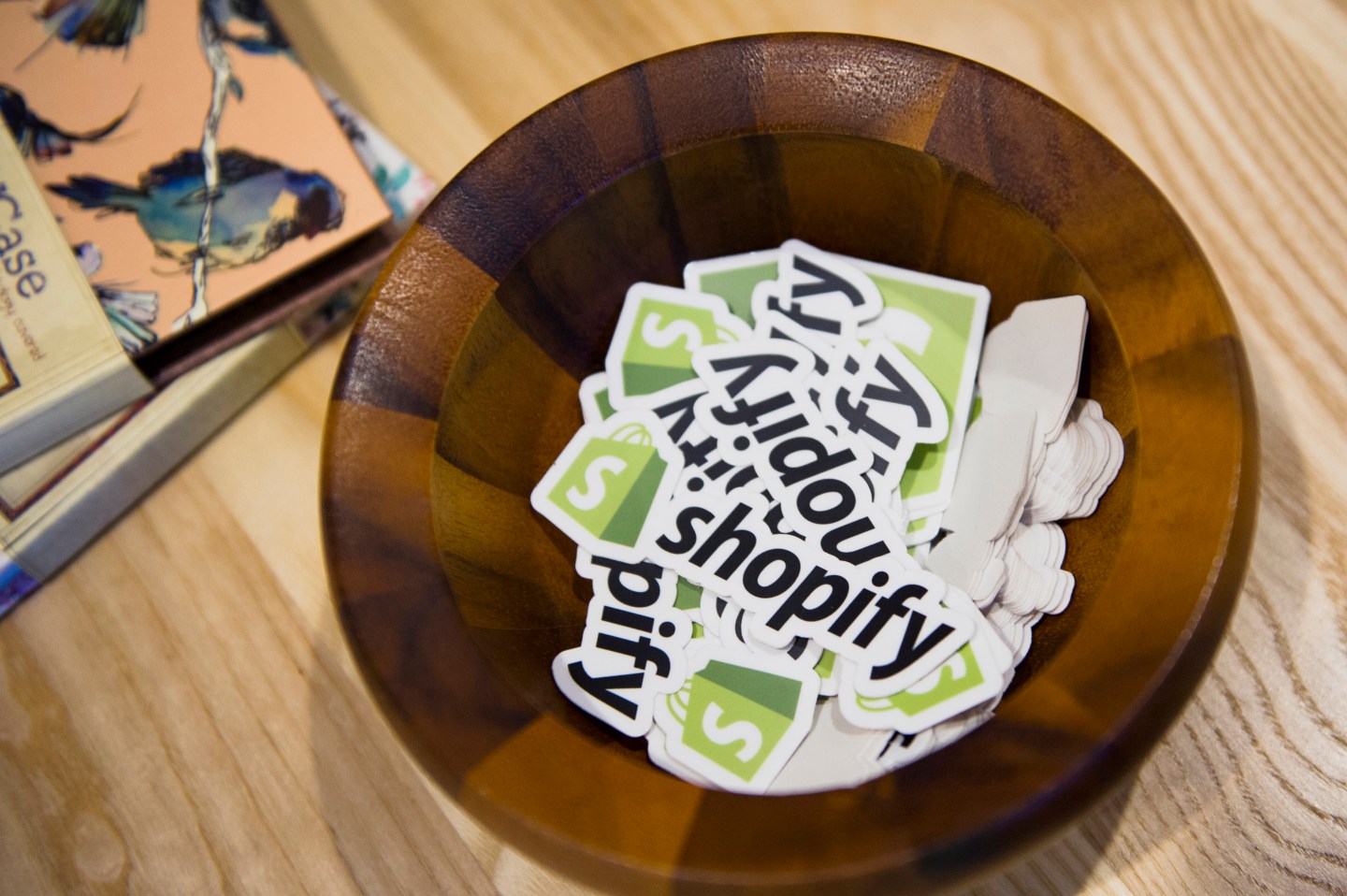 Shopify Inc. stickers are displayed in a bowl at the company's headquarters in Toronto, Ontario, Canada, on Wednesday, Nov. 11, 2015. Shopify, the Canadian e-commerce software maker that sold shares in an initial public offering in May, raised its revenue forecast after beating analysts estimates in its second quarter as a listed company. Photographer: Kevin Van Paassen/Bloomberg via Getty Images
Kevin Van Paassen/Bloomberg/Getty Images

The company, which went public in May last year, said it expects full-year revenue of $337 million to $347 million, 5.2% higher than its previous estimate.

Shopify (SHOP) has been expanding by striking deals with Amazon.com, giving its clients the options to make sales through the online retailing giant (AMZN).

However, the company said it expects a bigger 2016 operating loss of $41 million to $47 million, compared with a previous forecast of $36 million to $42 million, due to higher compensation and related expenses.

Excluding these adjustments, the company maintained its expectation for full-year adjusted operating loss of $16 million to $22 million.

On a per-share basis, net loss attributable to shareholders widened to 11 cents, from 8 cents, in the preceding quarter.

The Ottawa-based company’s revenue rose 3.6 percent from the preceding quarter to $72.7 million, beating the average analyst estimate of $66.9 million.