Meet the Republicans Who Say They’ll Vote for Hillary Clinton 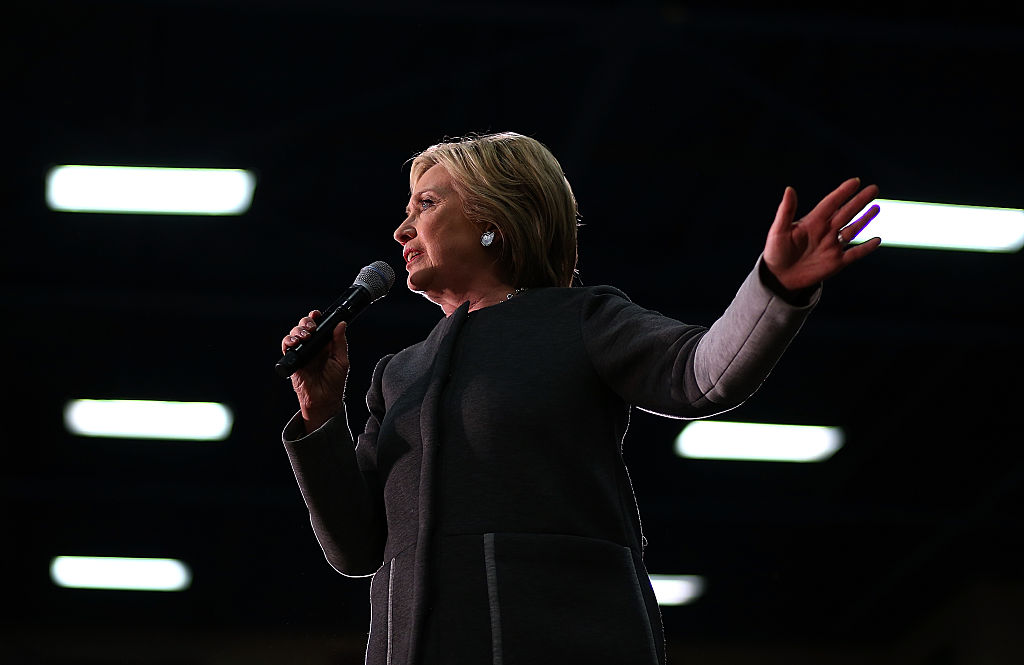 When Ted Cruz unexpectedly dropped out of the presidential race Tuesday night, anti-Trump Republicans were left staring into what the Texas Senator earlier called “the abyss”: presumptive nominee Donald Trump.

Now some Republicans are being forced to reckon with a question they hoped they were never have to answer: Who would they support in a general election match-up against Hillary Clinton?

For those who are casting their ballots for Clinton in the fall, she appears merely as the lesser of two evils.

“At least it’s not going to disgrace the nation on the first day,” a former senior official in the George W. Bush administration said of voting for Clinton. “I don’t support her at all, but Trump is beyond the pale.”

Ben Howe, a contributing editor at conservative website Red State, tweeted before Cruz dropped out, “I am a fiscal conservative and I am a social conservative. That will not change. But I will not vote for an egomaniacal authoritarian. Nope.” And then he followed simply with the Clinton campaign’s hashtag: #ImWithHer.

Mike Treiser, a former staffer on Mitt Romney’s presidential campaign, wrote on Facebook: “In the face of bigotry, hatred, violence, and small-mindedness, this time, I’m with her.”

Mark Salter, a former strategist for John McCain, also announced on social mediabefore the Indiana results rolled in that he would support Clinton. “He’s an awful human being,” Salter told TIME of Trump earlier that day. “He appeals to a sliver of the country that mystifies me.”

For her part, Clinton seems ready to seize this opportunity to broaden her voting base, calling out to Democrats, Independents and “thoughtful Republican[s]” during her Pennsylvania victory speech last week. And one of her spokespeople recently told the Associated Press, “We have an informed understanding that we could have the potential to expect support from not just Democrats and independents, but Republicans, too.”

After winning the Indiana primary, Trump took a conciliatory tone during his victory speech at Trump Tower. “We want to bring unity to the Republican Party,” he said. “We have to.”

But that party is one many lifelong members no longer recognize.

Philip Klein, the managing editor of the Washington Examiner, posted a photo Tuesday night of a voter identification form showing him officially changing his registration from Republican. And Cheri Jacobus, a GOP consultant and pundit who has been outspoken against Trump throughout the election, posted on Facebook, “I’m out. RIP GOP.”

“You all should do that,” conservative fireband radio host Steve Deace responded to GOP Chairman Reince Priebus’ call for party unity behind Trump. “But I won’t be one of you all.” He later also posted a photo of a signed registration form with a check mark next to “no party.”

“I registered Republican when I was 18 because I thought free markets and liberty were important,” pollster Kristen Soltis Anderson tweeted that night. “Not sure what ‘Republican’ means today.”

Meghan McCain, daughter of 2008 Republican nominee John McCain, summed it up in what sounds like the disheartened epitaph for the Grand Old Party: “I guess when I said in 2012 that my party was going to evolve or it was going to die – it was easier to choose death.”

-With reporting by Philip Elliott