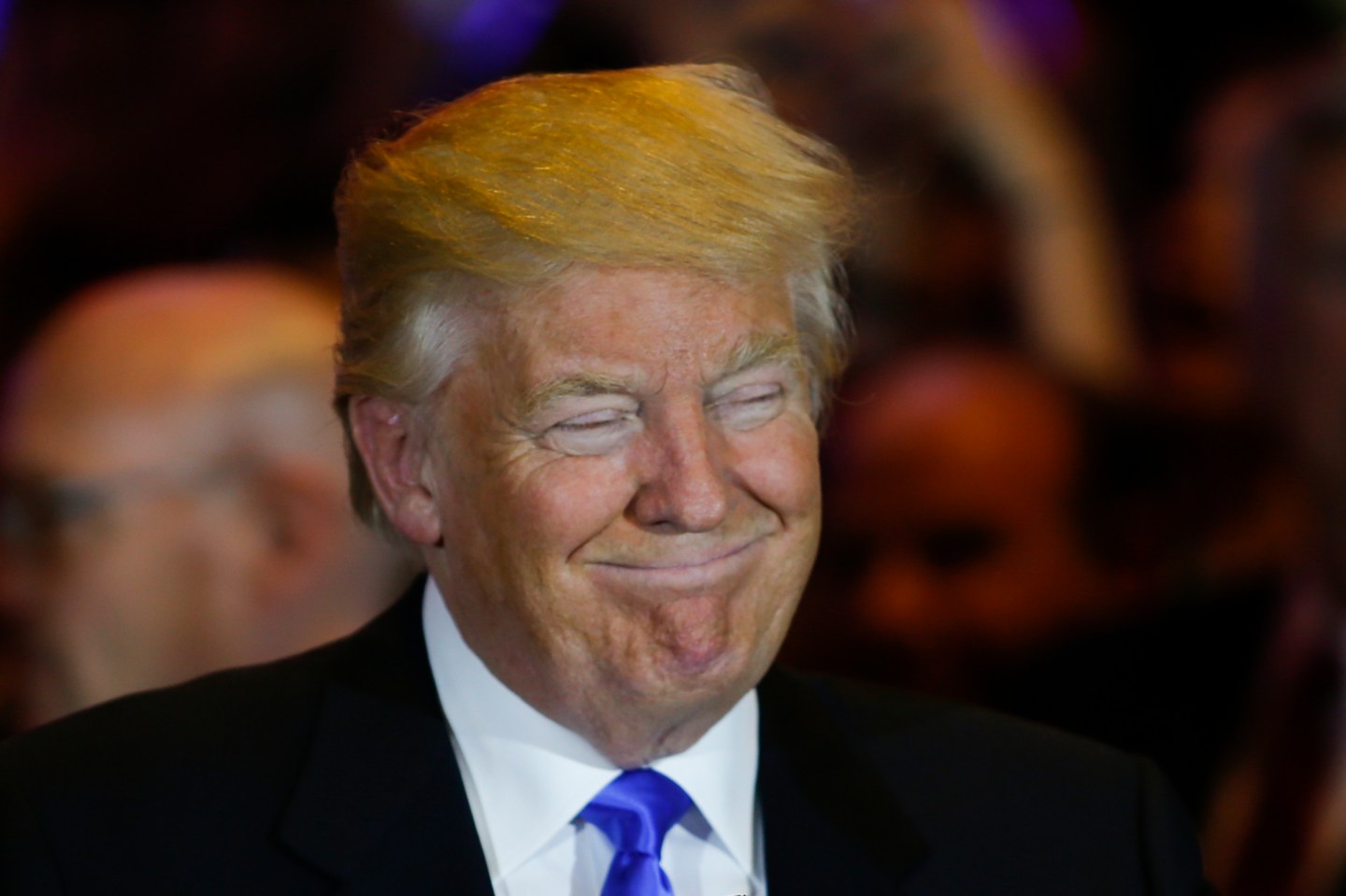 When you bring together as many big names (and egos) as the Milken Institute Global Conference does, you’re bound to witness a lot of disagreement. But the biggest names in American capitalism all seem to agree on one thing: Hillary Clinton should and will be the next president of the United States.

Donald Trump wrapped up the Republican nomination on Tuesday in Indiana. Shortly afterward, leading Republican and conservative figures expressed their dismay—even horror—at the idea of a Trump presidency.

Taking the lead in bashing Trump at the Milken conference was South Carolina Republican Lindsey Graham, who on a panel said that his party had “lost its way” in nominating the New York real estate magnate. Referencing Trump’s recent lament that the United States ousted brutal dictators like Saddam Hussein and Muammar Gaddafi, Graham questioned Trump’s foreign policy judgement. “You want to be the leader of the friggin’ free world, and you’re yearning for dictators,” Graham said, angrily. “Why don’t you live in Gaddafi’s Libya? Why don’t you live in Saddam’s Iraq?” he added.

Conservative historian and former John McCain presidential campaign adviser Niall Ferguson echoed this anxiety over Trump’s affinity for foreign strongmen abroad, calling specific attention to Trump’s praise for Russian President Vladimir Putin. “Donald Trump is itching to be in Moscow doing the deal of a lifetime with his kindred spirit, another would-be tyrant, Vladimir Putin,” Ferguson said. “Nothing makes my blood chill more than the thought of Trump and Putin doing a deal.”

Meanwhile, conference participants said that they had no idea what to make of Donald Trump’s constantly changing and contradictory economic proposals. Douglas Holtz-Eakin, former Chief Economist on George W. Bush’s Council of Economic Advisors, said in an interview with Fortune that “nothing that Donald Trump says makes sense.” He pointed to the candidate’s assertion in an interview with the Washington Post that he would eliminate the American national debt by the end of his second term, all while boosting military spending and protecting entitlements, as just one example of Trump’s policy incoherence. “What does Trump really believe?” Holtz-Eakin asked. “I’m worried that he copyrighted his campaign slogan in December of 2012, but has done nothing to really understand the issues facing the nation.”

Others see the Trump candidacy as less of a threat and more of a bump in the road. Tyler Cowen, the libertarian economist and writer from George Mason University, struck an upbeat tone about the future of global capitalism during a panel on Tuesday. Cowen said that while much has been made about the candidacies of Donald Trump and Bernie Sanders and what they say about America’s attitudes toward free trade and the global capitalist order, he thinks that Americans will get over their anger once the one-time effects of China and India’s entrance into the community of global capitalism pass.

“Donald Trump is supposed to be the opponent of the status quo,” Cowen said. “But when you look at what ideas are actually there, his candidacy is about his personality,” not deep disagreements over how we should reform the economy.