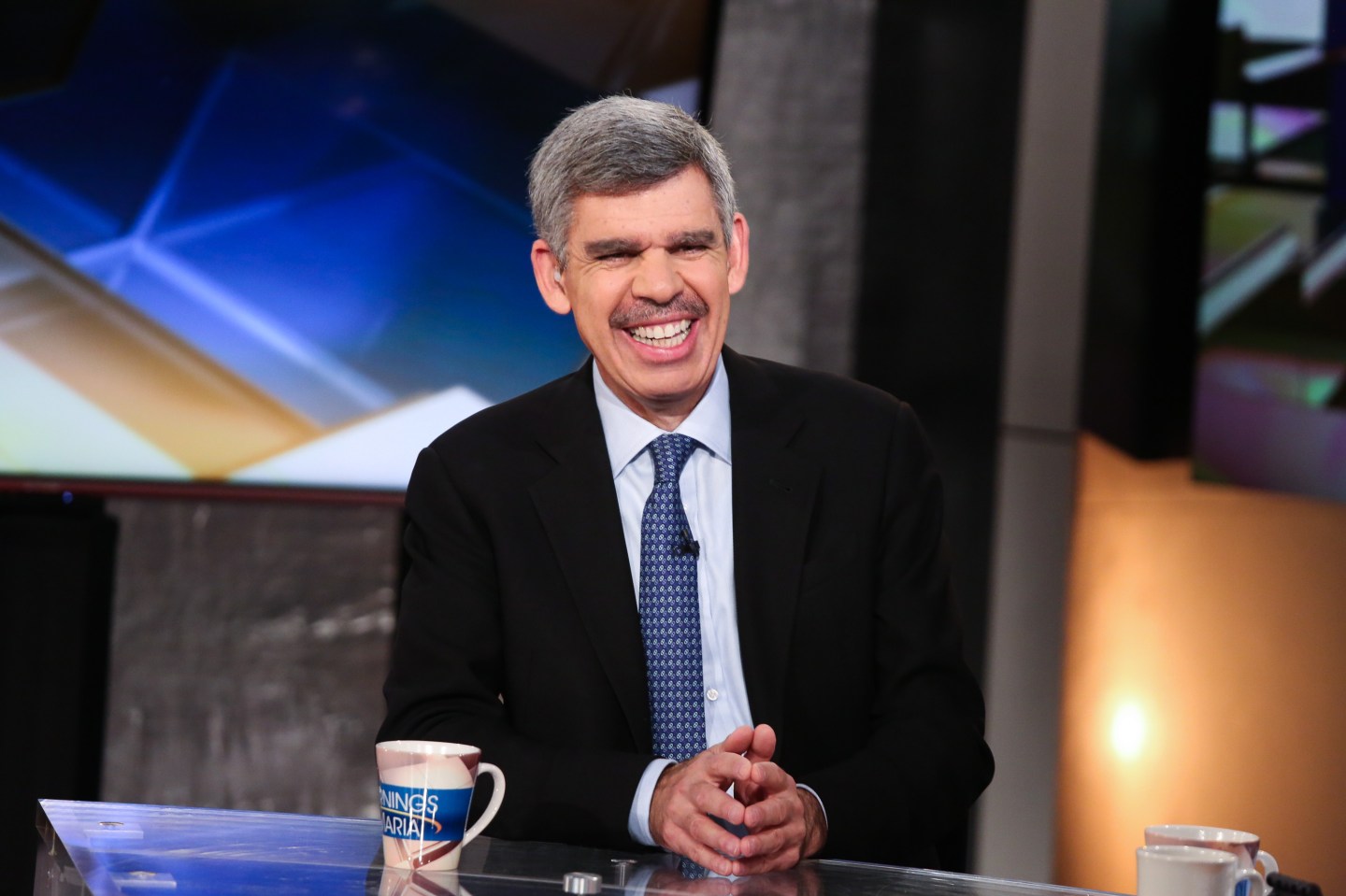 The Milken Institute Global Conference attracts some of the biggest names in the financial world, the same wealthy wheelers and dealers we have long been told have been doing quite well in the new, global winner-take-all economy.

But even these folks are growing increasingly concerned about the state of global growth, as evidenced by a panel Monday morning that kicked off the annual confab. The panel featured some of the biggest names in banking and finance tackling the state of the global economy and the pressure points, from negative rates in the wealthy world, to whipsawing volatility in places that were once the engine of the post-crisis world like China.

Mohamed El-Erian, Chief Economic Advisor for Allianz, argued that the future of the world economy is more uncertain now than ever, as developed world central banks run out of ammunition to goose the economy. On top of that, the emerging world’s model of exporting commodities and manufactured goods to the rich world is looking increasingly unviable, with demand in rich markets like Europe and Japan flatlining. “The growth model of the advanced world is getting exhausted, and the emerging world’s is getting contaminated,” El-Erian quipped.

Jay Hooley, Chairman and CEO of State Street Corporation concurred, arguing that “we are almost at the end of the road in terms of tools that central banks have.” With rates in the United States hovering just above zero, and those in many other advanced economies in negative territory, Hooley expressed little confidence that Fed officials here in the U.S. and their counterparts abroad would have the wherewithal to drag the wealthy world quickly out of the next recession.

The fate of the global economy then depends on the ability of the emerging world to grow quickly enough to provide us with demand to support growth there and in developed countries. El-Erian argued that the most important emerging market, China, “is in the harvest stage of development,” the very place that countries like Brazil and Argentina have failed to escape for many decades. The transition that China is trying to make, from an economy dependent on exports to one that is driven by domestic consumer spending, has, according to El-Erian, only been made by a handful of countries in the history of capitalism. It remains to be seen whether China can implement reforms that devolve power and resources from exporters and hand them off to consumers, but those reforms will be key if China can become the new engine of global growth.

One reason for optimism that the Milken panelists agreed on is the hope that technological changes can reignite productivity growth in the U.S., Europe, and Japan enough to counteract the drag brought by falling population growth. Panelists were skeptical that the huge drop off in productivity growth that we’ve seen in the United States over the past fifteen years is actually reflecting what’s going on in the real economy. David Harding, CEO of Winton Capital Management, argued that we shouldn’t believe the productivity numbers, while Hooley also expressed skepticism when he sees that in finance at least. “Everyone is doing less with more,” said Hooley.

El-Erian underscored that last point by arguing that conference goers need only look at the Beverly Hilton Hotel where the event was being held. “It took the Hilton Corporation 100 years to deliver their clients 700,000 rooms,” he said. “It took AirBnb 6 years to deliver 1 million rooms.” As economists figure out how to incorporate innovations like those created by AirBnb—which doesn’t build assets but leverages underutilized ones—it may be that we realize that the economy today is performing better than we thought.