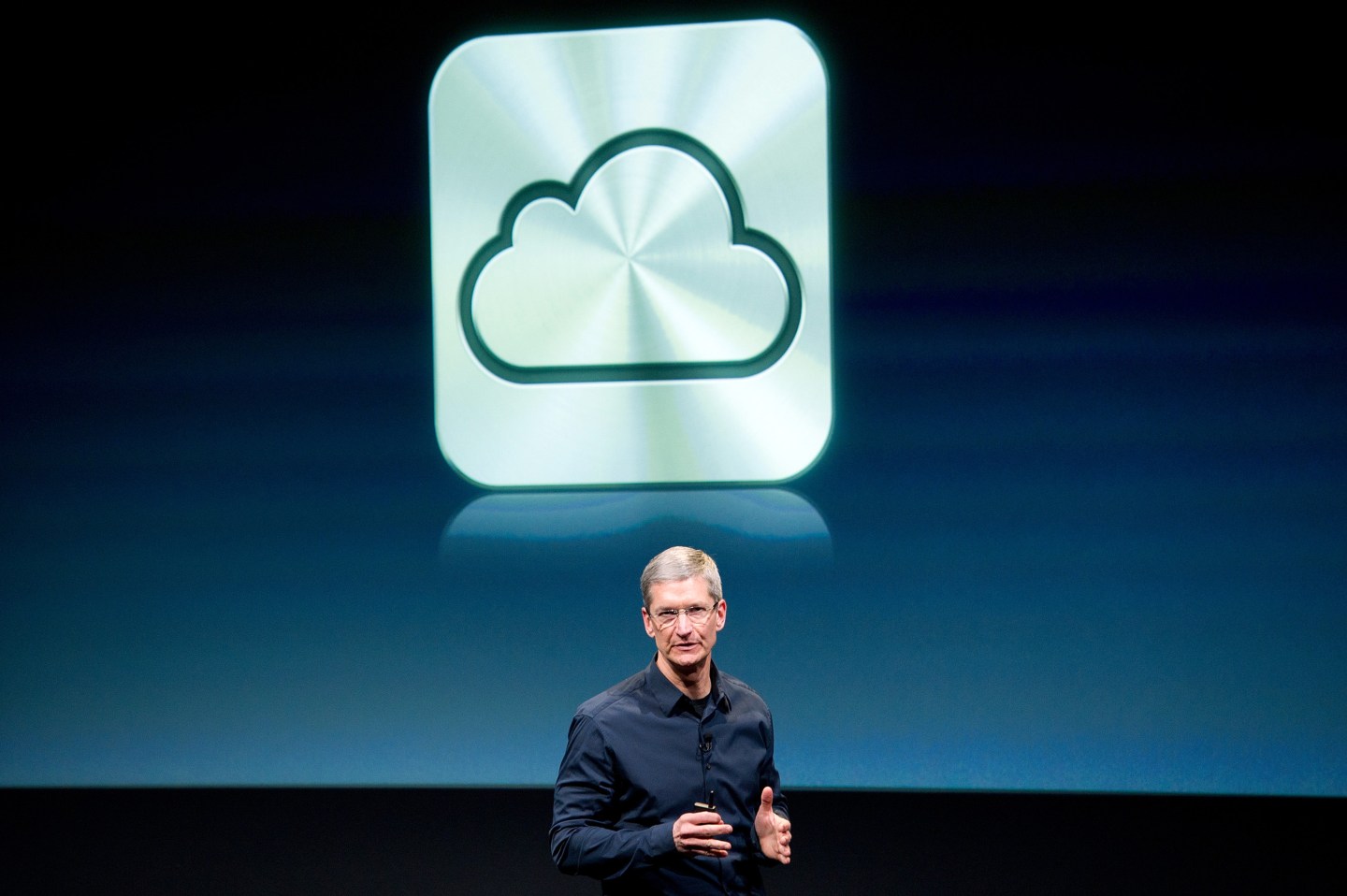 Tim Cook, chief executive officer of Apple Inc., speaks about new features of the iCloud service during an event at the company's headquarters in Cupertino, California, U.S., on Tuesday, Oct. 4, 2011. Apple Inc., in its first product unveiling since Steve Jobs resigned as chief executive officer, introduced a faster iPhone with voice features and a higher-resolution camera to help it vie with Google Inc.'s Android. Photographer: David Paul Morris/Bloomberg via Getty Images
Photograph by David Paul Morris—Bloomberg via Getty Images

Apple’s stock price is in the dumps. A small drop on Monday marked the eighth consecutive daily loss for the company, the longest such losing streak since 1998, according to CNBC.

In case you need a historical refresher: That was a year after Steve Jobs returned to the company, but before the great run of the iPod, iPhone, and iPad. To make matters worse, Apple’s shares, which closed at $93.64 on Monday, are around where they traded four years ago.

Maybe the depressed stock price is what prompted CEO Tim Cook to visit CNBC’s studios today and spend some time chatting with host Jim Cramer about Apple’s future. It also may have been the vibe coming from Wall Street, where analysts are increasingly negative about Apple (AAPL).

But Cook spent the entire interview repeating the same optimism mixed with excuses that he gave on the company’s April 26 earnings call, when Apple reported its first ever year-over-year decline in iPhone sales and its first revenue decline since 2003. It’s that darn stronger dollar, the weak economy in China, and a temporary slowdown in the rate of iPhone owners upgrading to new models.

“A confluence of items in there,” Cook told Cramer.

He repeated his standard argument that Apple customers have never been more satisfied with the company’s products and that he was super excited about some of the secret, unannounced gadgets to come including new iPhones. “We’re going to give you things that you can’t live without that you just don’t know you need today,” Cook told a skeptical Cramer.

Cook also pointed to India as a major untapped market, which he noted would become the most populous nation in the world in 2022.

But there was absolutely nothing new or surprising in Cook’s chatter. Earlier on Monday, Toni Sacconaghi, one of the most respected Wall Street Apple analysts, put out a report card on Cook’s recent tenure, and while the note ostensibly included both highs and lows, the critique was considerably more convincing than his praise.

“Investors believe Apple has lost its marketplace ‘mojo’, management’s inconsistent messages are increasingly worrisome, product innovation is too slow, Apple’s China run is over, and – most importantly – that iPhone profits have likely peaked,” the analyst wrote.

For more about Cook’s leadership of Apple, watch:

Cook has lost credibility with investors, according to Sacconaghi. A year ago, Cook said there was no unusual increase in iPhone upgrade rates. On Apple’s most recent call with analysts, not only did he cite an unusually high upgrade rate from last year as an excuse for this year’s drop in sales, but he even denied saying what he had said last year (“I don’t recall saying the things that you said I said about the upgrade cycles.”)

Cook, once considered an operations guru, also appears to be struggling to match supply and demand. Apple excessively increased iPhone inventory last quarter and plans a huge cut this quarter. It also appears to have underestimated demand for its new lowest price model, the SE, Sacconaghi noted, as potential buyers have been forced to wait for weeks for new orders to ship.

Asked by Cramer if he thought Wall Street was wrong about Apple’s future, Cook punted. “Wall Street is a collection of people, right, so there are many different viewpoints in there,” he said. “I’m not sure there is a common one.”

By the end of the interview, Apple’s share price had barely moved in after hours trading. Maybe what Apple investors really need is more focus at Apple on product innovation and supply chain planning and perhaps less on investor relations, stock buybacks, and spin.