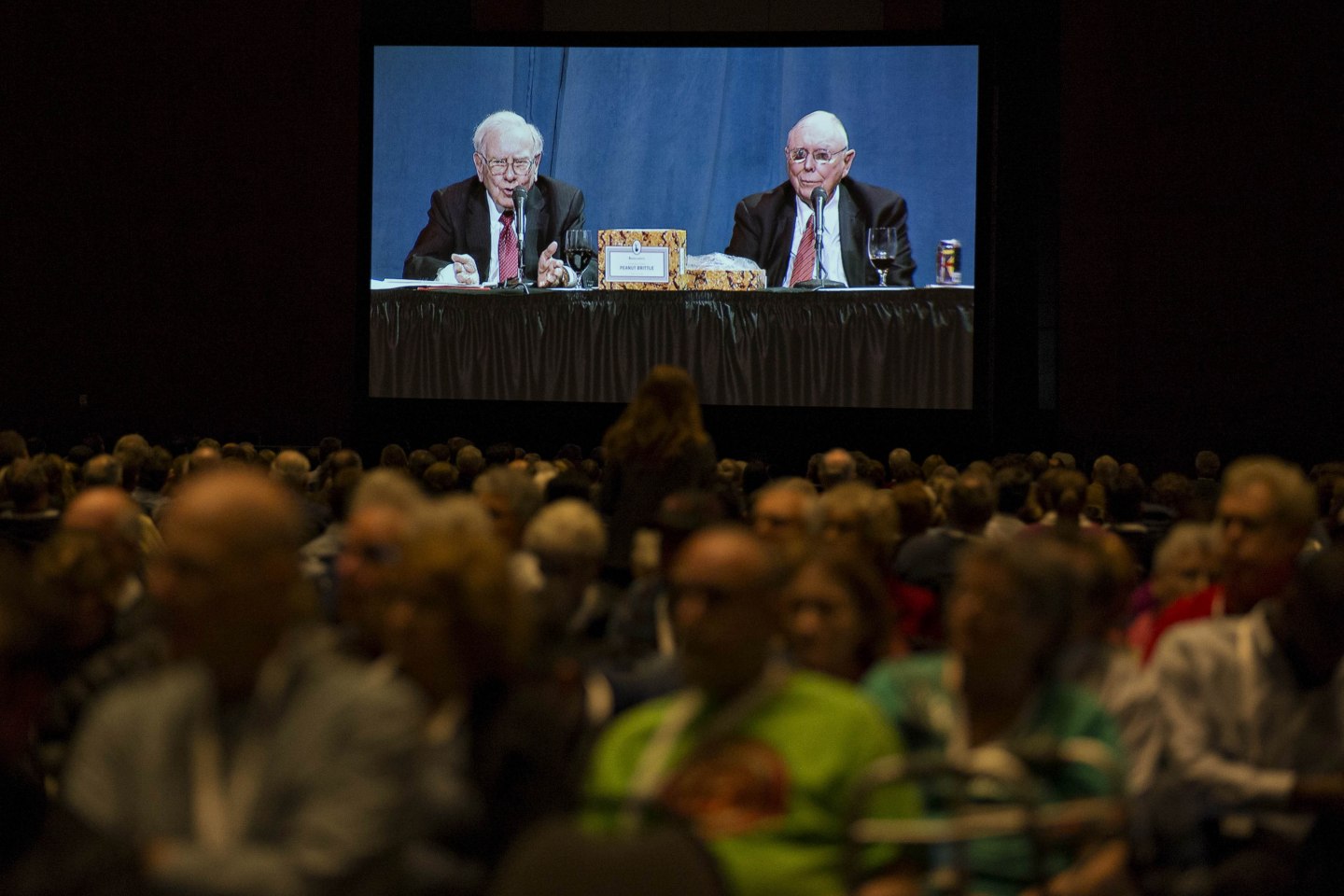 Warren Buffett nibbled on sweets during his presentation to shareholders on Saturday but he took a bite out of hedge fund managers.

The storied stockpicker—speaking at a table festooned with Berkshire Hathaway (BRK-A)-owned See’s Candies at the conglomerate’s annual shareholder meeting – suggested that “supposedly sophisticated people” and institutions are being fleeced by hedge funds and their backers.

“There’s been far, far, far more money made by people in Wall Street through salesmanship abilities than through investment abilities,” Buffett said, citing a simple Vanguard Group index fund that tracks the S&P 500 index of large American companies. He said that fund has beat a group of costlier hedge funds over time.

During the financial crisis, Buffett bet the asset management company Protege Partners $1 million that the S&P 500 will outperform a portfolio of hedge funds over the 10 years through 2017. Buffett said Saturday the index fund is beating the hedge funds by nearly 44 percentage points over 8 years.

Hedge funds are famous for their price tag—known as “two and 20″—a fee of 2% of the assets they manage each year and 20% of all gains.

It is not the first time Buffett has delivered the message. In his annual letter to shareholders two years ago, Buffett said he has ordered most of the money he is not giving away at his death to be placed in an index fund.

“You just have to sit back and let American industry do its job for you,” Buffett said.

Buffett said the cost of consulting and management fees, as well as commissions, eat up investment returns for the wealthy individuals, endowment funds and public pensions that use hedge funds.

Vice Chairman Charlie Munger, who was seated next to Buffett, offered that some people who have given their savings to Berkshire and some other investors have done well. But, he said, finding such investors is “like looking for a needle in a haystack.”