Warren Buffett: I’m Not Sure Ditching Coke for Broccoli Would Make Me Any Healthier 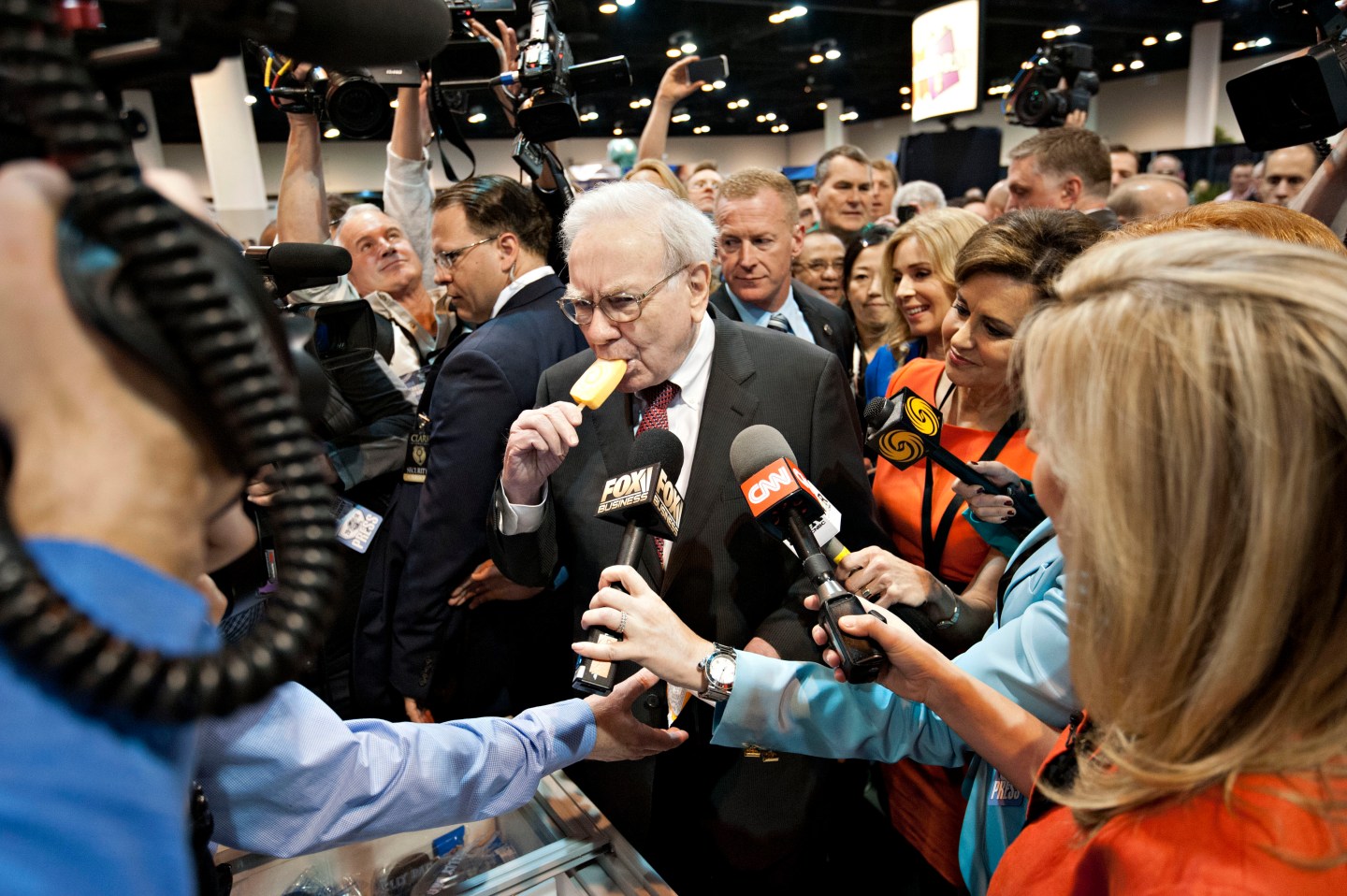 Warren Buffett can’t stop talking about how much Coke he drinks.

At Berkshire Hathaway’s annual meeting on Saturday, Buffett joked it was likely that his body is one-quarter Coke at this point. And that he consumes 750 calories a day from Coca-Cola, which implies that Buffett drinks on average five cans of Coke a day. That was in part Buffett’s answer to a question asked by journalist Andrew Ross Sorkin to defend his company’s investment in Coca-Cola (KO) given that soda has been long connected to obesity and other health problems. Sorkin said that sweetened beverages like Coke contribute to nearly 137,000 deaths a year from diabetes, 45,000 deaths from heart disease, and a few more thousand a year from Cancer.

“Please explain directly why we Berkshire Hathaway shareholders should be proud to own Coke,” asked Sorkin, repeating a question that was submitted to him by a Buffett investor.

It’s not the first time, Buffett has been asked to justify Berkshire’s investment in Coke before. He was asked at last year’s annual meeting as well. And he’s gotten an increasing amount of criticism lately. Last year, hedge fund manager Bill Ackman said Buffett’s investment in Coca-Cola was immoral.

But Sorkin added a twist to his Coke question. He asked that Buffett, who has often talked about how much junk food he eats, not to use his own large consumption of Coke as evidence that the sugar-filled soft drink is not as harmful as people say.

Warren Buffett's secret to staying young: "I eat like a six-year-old." http://t.co/gXCuynMwyp pic.twitter.com/64mw9UP7Ez

Buffett couldn’t do it. Just like in the past, Buffett used his own health and diet to justify the investment. “There’s no evidence that I will any better reach 100 if I had lived on broccoli and water,” says Buffett.

Buffett said that the vast majority of the calories in Coke come from sugar, which Buffett called “the white powder.” And he said that people who think we should outlaw sugar are not going to like his investment in Coke. But that isn’t exactly right. Coke actual doesn’t have any sugar in it—the white stuff that is—and hasn’t for years. Coke is sweetened by high fructose corn syrup, which has been linked to more health problems than straight sugar.

Buffett said that many people confuse the problems of eating too much sugar with getting to many calories in general. He said that he would have liked to have a twin that ate only broccoli and water, in the same caloric amounts as he drinks Coke, and see how healthy that twin was. Buffett guessed not any healthier. But that misses the point. Someone who consumes only broccoli and water is going to naturally end up taking in fewer calories than someone who drinks five Cokes a day, and generally eats like a six year old.

A number of people who were listening to Buffett’s answer thought the 85-year-old investor fumbled the answer.

Buffett getting tripped up on this Coke answer #BRKLiveStream

Not sure he answered the Coke question. Still confused…. @John_Hempton