Big Pharma Under Pressure to Pay For Drug Take-Back Programs 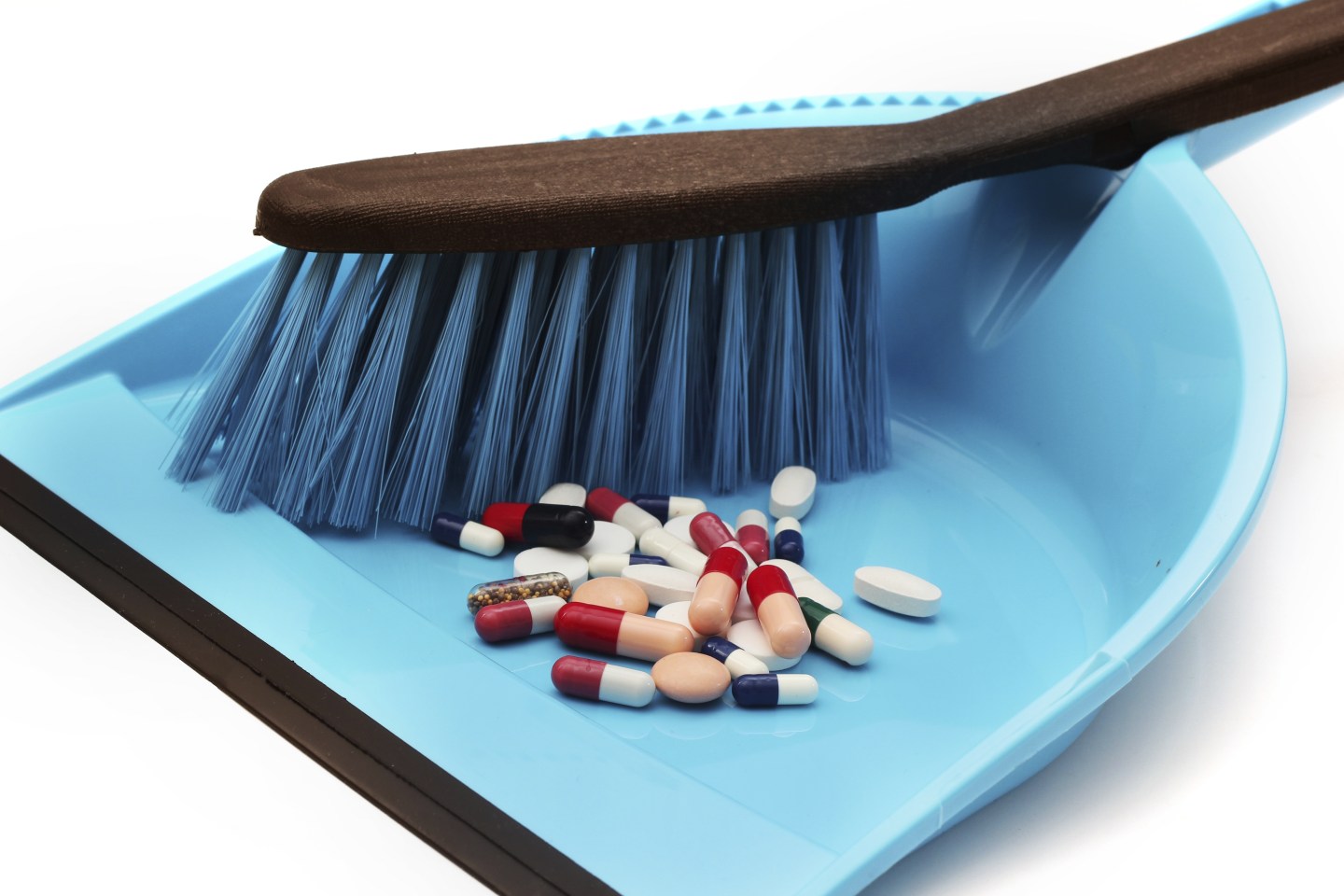 On Saturday, April 30, the Drug Enforcement Agency calls on Americans to “safely” dispose of unused and unwanted medications. As part of the National Prescription Drug Take-Back Day, the DEA, along with state and local agencies and pharmacies, set up some 10,000 collection sites around country. Consumers will be reminded of the environmental dangers of dumping drugs in the toilet or trash—or leaving them in medicine cabinets where anyone could access them with potentially tragic consequences.

It sounds like a non-controversial program, but as the opioid epidemic has ballooned, a movement is growing to go beyond voluntary programs like this and mandate Big Pharma to fund disposal programs. Statistics show more than 165,000 Americans have died from prescription painkiller overdoses between 1999 and 2014 (and that’s not even counting heroin deaths catalyzed by an underlying painkiller addiction).

The Obama administration has been promoting voluntary drug take-back programs and issued regulations meant to assist communities that want to administer them on a more frequent basis. But since 2012, seven counties on the West Coast, the city of San Francisco and one state, Massachusetts, have passed laws mandating that the very pharmaceutical companies that manufacture these medicines should fund and manage their disposal. The industry fought the efforts tooth and nail.

In fact, the three largest U.S. biotech and pharmaceutical trade associations—the Pharmaceutical Research and Manufacturers of America (PhRMA), the Generic Pharmaceutical Association (GPhA), and the Biotechnology Innovation Organization (BIO)—initiated a lawsuit against one of the earliest such laws, passed in Alameda County, California, and took their case all the way to the Supreme Court.

The biopharma industry has generally endorsed and even launched voluntary campaigns promoting proper drug disposal, but they’ve resisted legislation, contending its unfair to shift the cost burden of a traditionally local government function to out-of-state and even international drug manufacturers (the latter sell their products to consumers through third parties, rather than through direct sales.) But Big Pharma lost that argument when the high court declined to hear its case, leaving intact the Ninth Circuit court’s unanimous ruling that such laws don’t unfairly discriminate against companies or burden interstate commerce.

That decision opened the flood gates for places like Massachusetts, where the opioid addiction crisis has taken a particularly severe toll.

In fact, the crisis was so severe that Gloucester police chief Leonard Campanello went so far as to publish the names, phone numbers, and email addresses of top-earning executives at companies like Pfizer (PFE), Merck (MRK), Johnson & Johnson (JNJ), and others. He wanted to enlist companies’ help in fighting abuse of medications; he eventually won meetings with representatives from Pfizer and Purdue Pharma, which manufactures the popular painkiller OxyContin.

In March, Massachusetts Governor Charlie Baker (R) signed a state-wide, take-back law requiring drugmakers to pay for disposal. Supporters cited the necessity of getting pharma companies’ skin in the game, asserting that any firms which profit from promoting potentially harmful drugs should also do their part to make sure those drugs don’t fall into the wrong hands.

“An important goal of this comprehensive bill was to get every part of our health care system involved in reducing the misuse of opiate pills,” said state Senator John Keenan (D), the legislation’s original sponsor. “Today, for the first time, we are saying that pharmaceutical manufacturers cannot just profit from this epidemic, but must play an active role in ending it. I am very proud that Massachusetts has taken this step.”

The pressure on pharma is not likely to die down. Recently, a non-profit “As You Sow” launched a campaign to push pharma companies to pay for take-back programs. The nonprofit sent a letter to the heads of ten pharmaceutical firms asking the companies to issue policy statements, notes STAT. It also placed shareholder resolutions calling on three drug makers to review their policies on take-back programs.