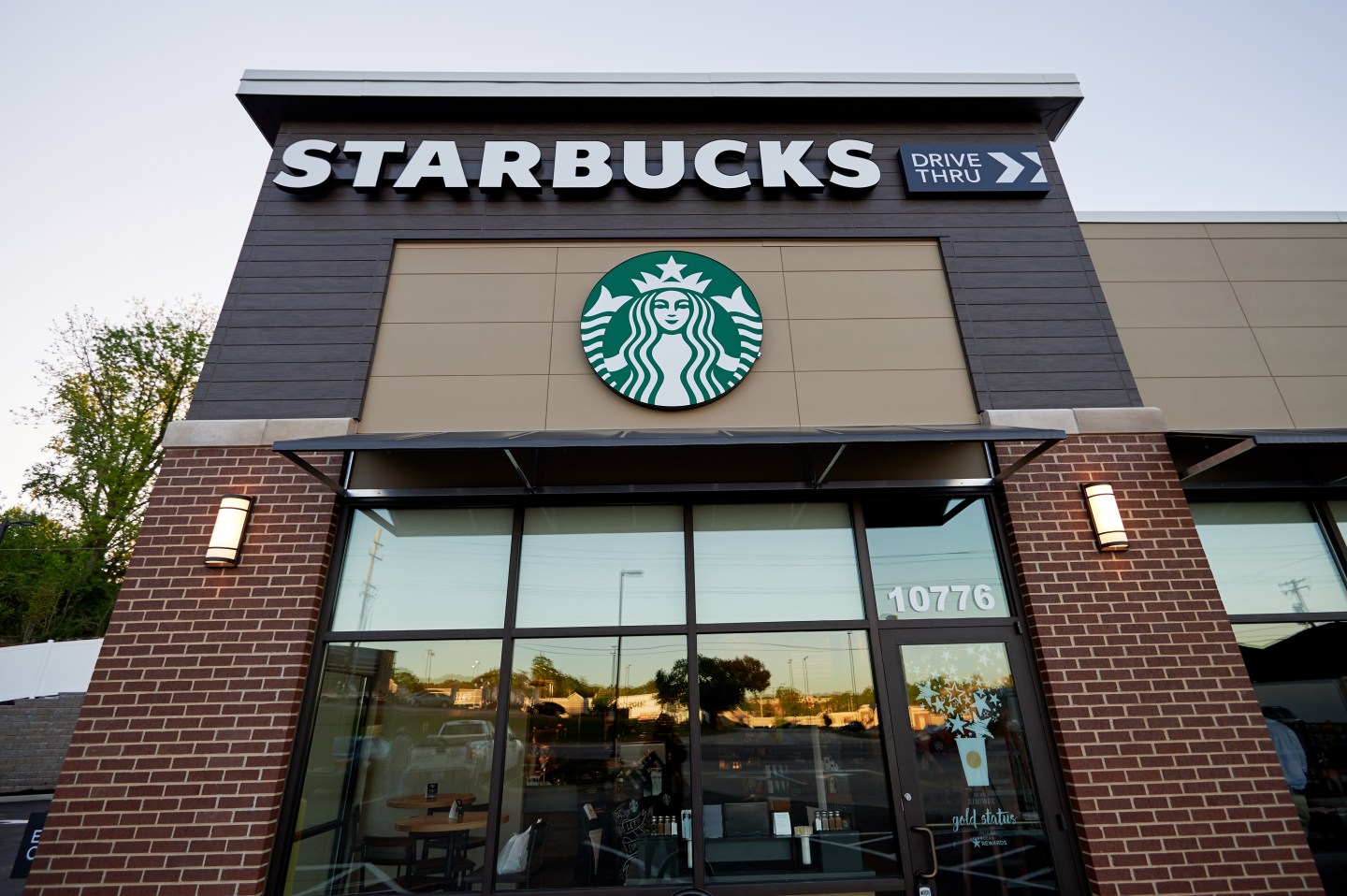 Starbucks has officially opened the doors to the coffee giant’s first store in Ferguson, Mo., part of a broader strategy to venture into lower-income communities. The Ferguson store, however, is symbolically important as it is city that is perhaps most well known in recent years for the unrest after an 18-year-old unarmed black teen was killed by police officers.

Rodney Hines, Starbucks director of community investments for U.S. Retail Operations, says the investment in Ferguson was important because there was a great need to invest in the city to give young local residents more opportunities for employment. Starbucks (SBUX) pointed to key regional stat: in the St. Louis region, nearly half of young African American men are unemployed, compared with 16% for young Caucasian men.

“We’ve long considered how we can help deliver social impact in ways that drive our business forward,” Hines said.

The plan for opening this store, previously reported by Fortune, is part of a broader strategy by Starbucks to open at least 15 stores annually in low- to medium-income communities across the U.S. by 2018. Starbucks says it hopes it can help boost local economy by bringing jobs to these underserved communities.

Ferguson generated global headlines after the shooting death of 18-year-old Michael Brown, which occurred in August 2014. Unrest in the region led to a broader national conversation about the fractured relationship with law enforcement and African Americans. Fortune and many other publications weighed in on why economic imbalances in Ferguson played a factor in the anger as well.

“Ferguson was an awakening for all of us to really take a hard look in the mirror, and try to turn what was a tragedy into a triumph,” said Michael McMillan, President and CEO of the Urban League of Metropolitan St. Louis.

Starbucks hired 30 employees to run the store, many of whom are from the Ferguson or greater St. Louis areas. The coffee chain is also working closely with a local bakery Natalie’s Cakes & More, which suffered extensive damage following rioting in 2014. Starbucks is selling some of the bakery’s cakes in more than 30 regional stores, helping prop up that local business.