Why Geena Davis Is Teaming Up With Wal-Mart and Coke 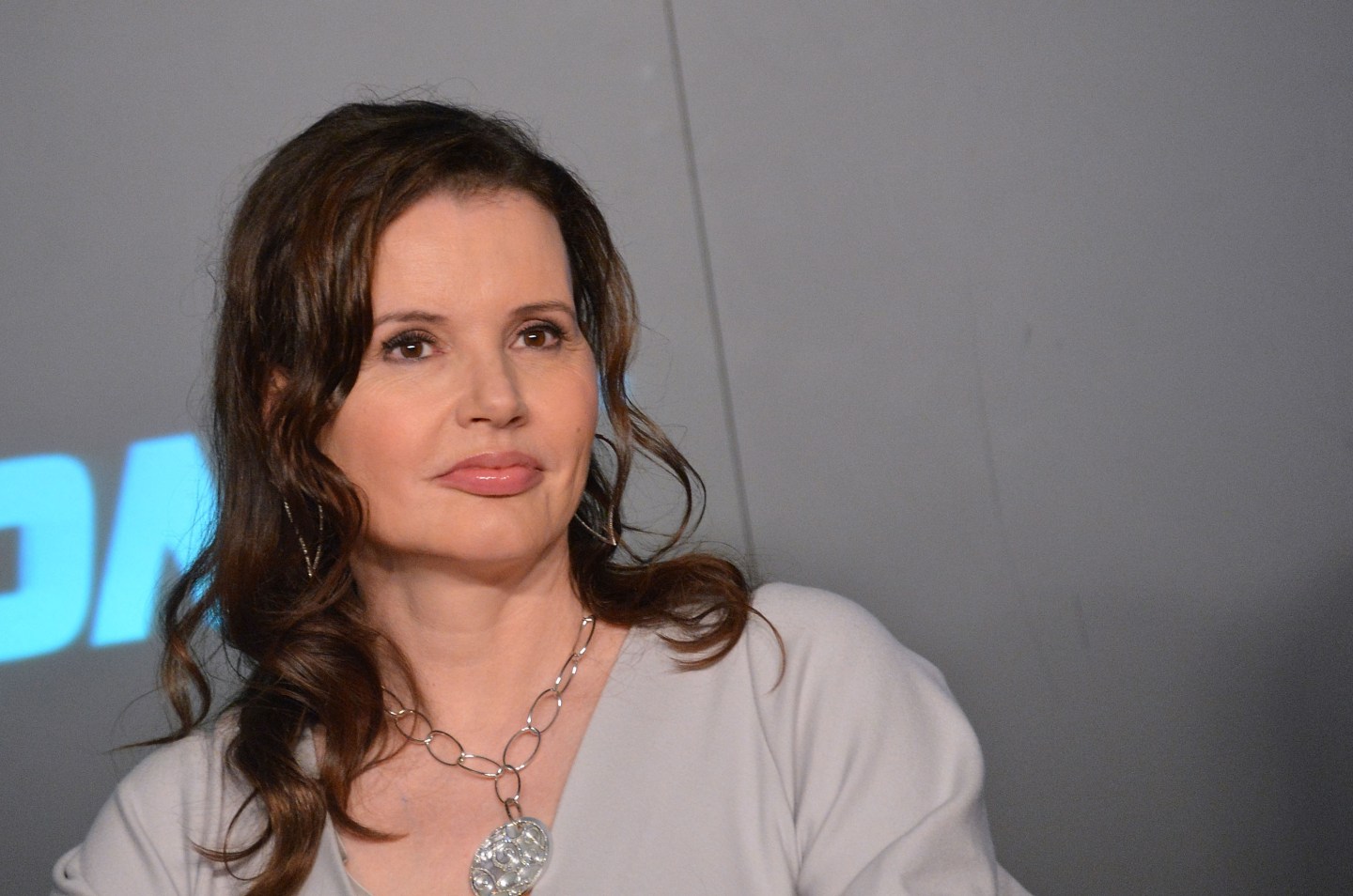 It’s been 25 years since Geena Davis and co-star Susan Sarandon appeared in the groundbreaking flick Thelma and Louise. The 1991 movie about two friends on a road trip gone awry sparked controversy and racked up Academy Award nominations (not to mention introduced a young Brad Pitt’s butt to the world). It also served as a wakeup call for Davis, an actress, producer, writer, and former competitive archer, who has devoted much of her career championing women both on and off the screen.

“The first ‘aha moment’ was getting to be in Thelma and Louise,” Davis said in an interview with Fortune. “None of us had any idea the reaction the film would get. It blindsided us.”

In 2007, the Academy Award-winning actress launched the Geena Davis Institute on Gender in Media, which aims to increase the presence of female characters in TV and movies. And on May 3, Davis will head to—you guessed it—Bentonville, Arkansas to kick off her latest venture: A film festival that focuses on promoting “women and diverse voices in all forms of media.”

Davis and her co-founder, Trevor Drinkwater, started the Bentonville Film Festival last year. But this year it will be much, much bigger. The first time around the festival had just one corporate sponsor—this year the duo has signed on more than 60, including Coca-Cola, AMC Theaters, and Wal-Mart. They’ve also managed to secure guaranteed theatrical, television, digital, and retail distribution for the winners.

“It’s not just about having a big party in Bentonville,” said Drinkwater, CEO of entertainment distribution company ARC Entertainment (and Davis’ long-time next-door neighbor). “We’re bringing decision makers together to talk about why diversity is really important.”

To that end, the film festival will include events such as a photo exhibit of female film icons. And, of course, lots and lots of movie screenings, many of which feature films written, directed, and/or produced by women and minorities.

“The goal of it is not just to celebrate movies by women and people of color, but to have impact,” said Davis.

The dearth of diversity in Hollywood is nothing new, but Davis’ Institute on Gender in Media has released some sobering statistics. Merely 21% of filmmakers are female. Less than 25% of employed characters in films are women, while in reality women comprise 40% of the workforce. And in a study of over 400 films, the ratio of male-to-female speaking roles was nearly 3:1. Instead of publicly shaming the industry, Davis says she goes directly to content creators with the data, starting private and collegial conversations.

“There is room for optimism,” said Davis. “But I really believe in numbers, and if there is no measurable movement yet it hasn’t happened.”