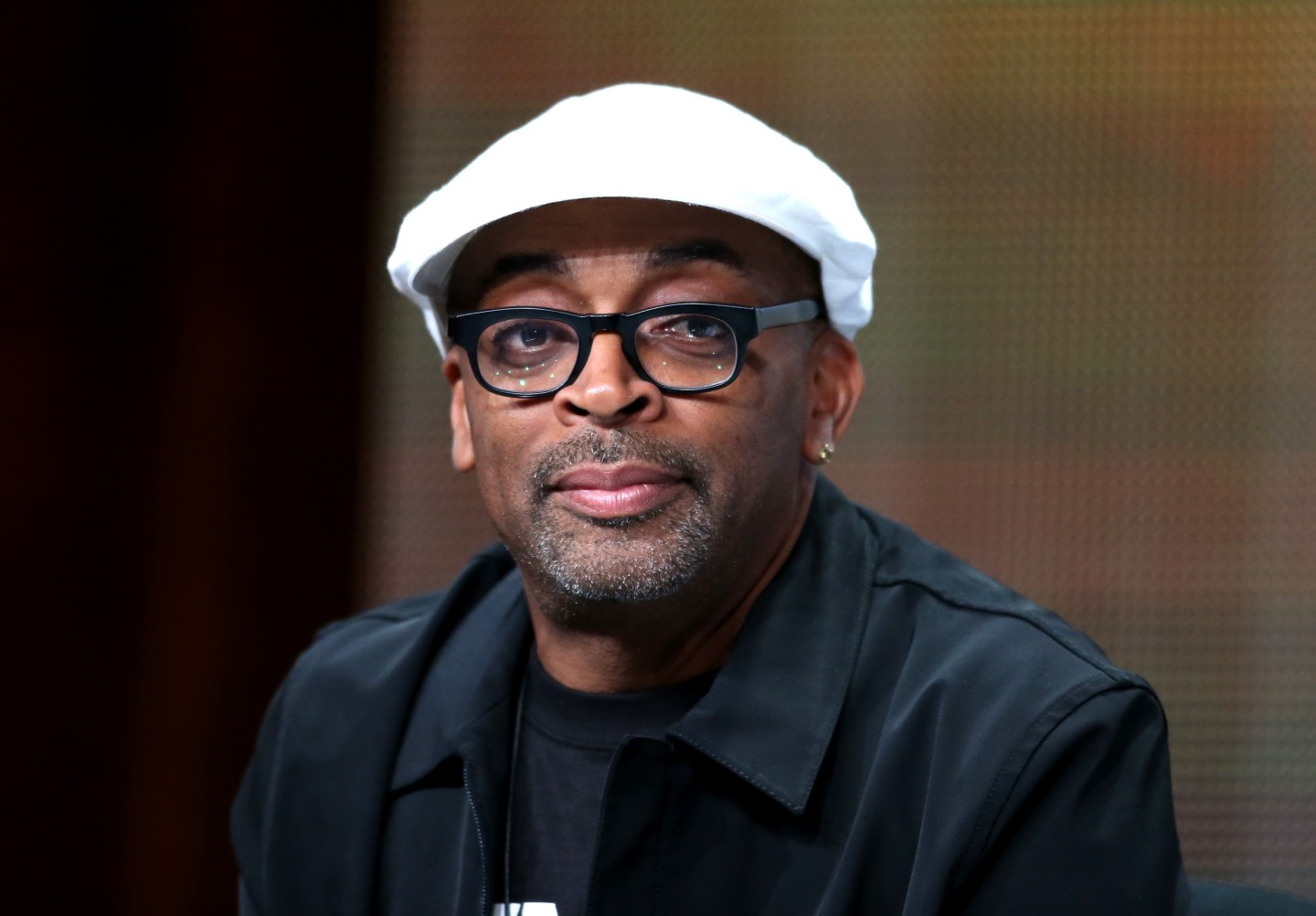 Spike Lee was awarded an honorary Academy Award at last year’s Governors Awards, but the director will not attend the Oscars in February because of the lack of diversity among the nominees.

Lee made the announcement on his Instagram account early Monday. Last week, #OscarsSoWhite trended on social media for the second straight year after it was revealed all 20 acting nominees up for Academy Awards in 2016 are white.

“We cannot support it and [I] mean no disrespect to my friends, host Chris Rock and producer Reggie Hudlin, president [Cheryl Boone] Isaacs and the Academy,” Lee wrote. “But, how is it possible for the second consecutive year all 20 contenders under the acting category are white? And let’s not even get into the other branches. Forty white actors in two years and no flava at all. We can’t act?! WTF!!”

Lee wrote that it was “no coincidence” his letter was posted on the national holiday to celebrate the birthday of Martin Luther King Jr.

“Dr. King said, ‘There comes a time when one must take a position that is neither safe, nor politic, nor popular, but he must take it because conscience tells him it’s right,’” Lee wrote. “For too many years, when the Oscar nominations are revealed, my office phone rings off the hook with the media asking me my opinion about the lack of African-Americans and this year was no different. For once (maybe), I would like the media to ask all the white nominees and studio heads how they feel about another all-white ballot. If someone has addressed this and I missed it then I stand mistaken.”

But despite the controversy over the Oscars, Lee noted that the “ ‘real’ battle” is in “the executive offices of the Hollywood studios and TV and cable networks,” as those positions have the power to get projects made. Lee quoted Hamilton in his letter, specifically the song “In the Room Where It Happens,” which is performed by Leslie Odom Jr., who plays Aaron Burr.

“People, the truth is we ain’t in those rooms, and until minorities are, the Oscar nominees will remain lilly white,” Lee wrote. He then cited his own acceptance speech from last year’s Governors Awards. “It’s easier for an African-American to be President Of The United States than be president of a Hollywood studio.”

According to Lee, a solution to the diversity issue could be found via practices enforced by the National Football League, specifically the Rooney Rule. Enacted in 2003, the Rooney Rule requires every NFL team to interview at least one minority candidate for head coach openings and other senior positions.

“Why can’t Hollywood do the same? It’s worth the effort or it will be the same old hi-jinks,” Lee wrote. “I do hope in my children’s lifetime thing swill change for the betterment of all Americans. A great diverse America.”

At the Governors Awards in November, Lee made similar comments, and noted how U.S. census date showed that by 2043, “white Americans are going to be a minority in this country.”

“Everybody in here probably voted for Obama, but when I go to offices, I see no black folks except for the brother man at the security [gate] who checks my name off the list as I go into the studio,” Lee said. “So we can talk, ‘yada yada yada,’ but we need to have some serious discussion about diversity and get some flavor up in this.”

Lee is one of a number of prominent black filmmakers and stars who have spoken out about this year’s Oscar nominations, including Straight Outta Compton producer Will Packer and actress Jada Pinkett Smith.

This article was originally published on Entertainment Weekly.