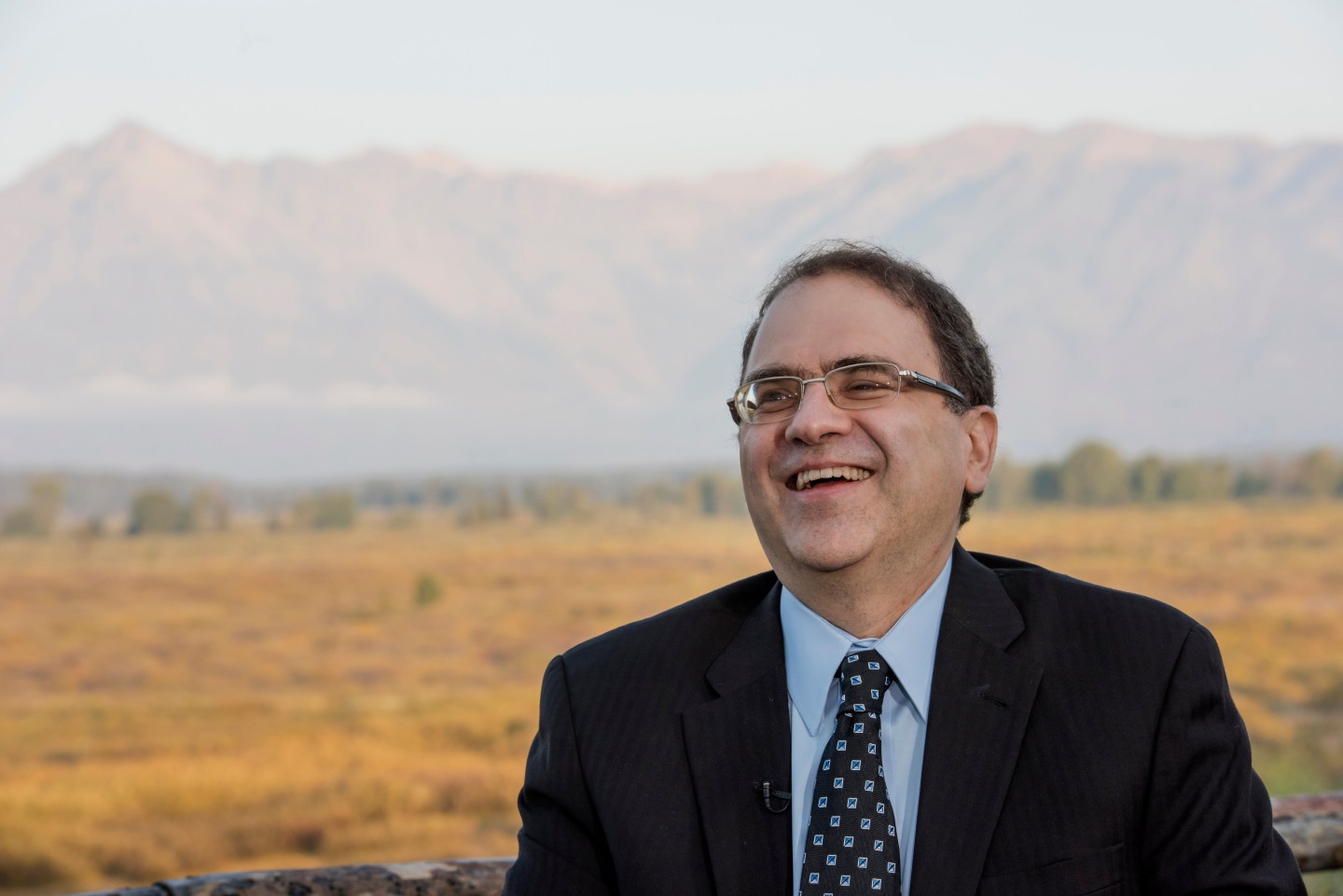 At first, we decide to accept Donald Trump’s statements at face value, hoping that despite his lack of a formal policy-making apparatus, his campaign promises might amount to a coherent set of policy objectives. But the more you listen to Trump, the less sense he makes. His contradicting statements pile up, one on top of the other, until you throw up your hands in anger and denial of the fact that this guy actually has a chance of being president.

A good example of this final stage is my attempt yesterday to make Donald Trump’s various budget-related promises work together. It did not go well.

Former President of the Minneapolis Federal Reserve, Narayana Kocherlakota, is still stuck in the acceptance phase of the cycle. On Thursday, he published a post on Bloomberg View titled “Trump starts making economic sense.” Citing a recent interview with Fortune in which Trump said:

Kocherlakota thinks this is evidence that Trump knows what the economy needs:

I read this as calling for two forms of fiscal stimulus. One is more spending, especially on the military and on infrastructure such as roads and bridges. The second is maintaining low taxes despite high levels of government debt (in other remarks, Trump has favored tax reduction). Both could have a beneficial effect on the U.S. and global economy, creating the demand for goods and services needed to get inflation and employment back up to healthier levels.

Kocherlakota is right in his analysis that more infrastructure spending would be beneficial for the U.S. economy during a time of weak demand and historically low interest rates. He’s also right that worrying about government debt at a time when the economy is still weak and interest rates are so low is not very smart. But arguing that Trump is making this point is just plain wrong. Just weeks before his Fortune interview, Trump argued to the Washington Post that he would be able to completely eliminate national debt in just eight years. Then when speaking with Fortune, he flatly denied even saying what he said to the Washington Post.

For more on Trump and what type of president he would be, read Business the Trump Way.

These conflicting statements cannot be reconciled, especially when paired with his pledge to enact what would be the largest tax cut in history by a very large margin. Whatever your thoughts on Donald Trump, it cannot be seriously argued that he makes “economic sense.” There’s little evidence that he’s thought deeply about any subject besides his plan to build a large wall on our southern border. What he does once in office after that is anybody’s guess.