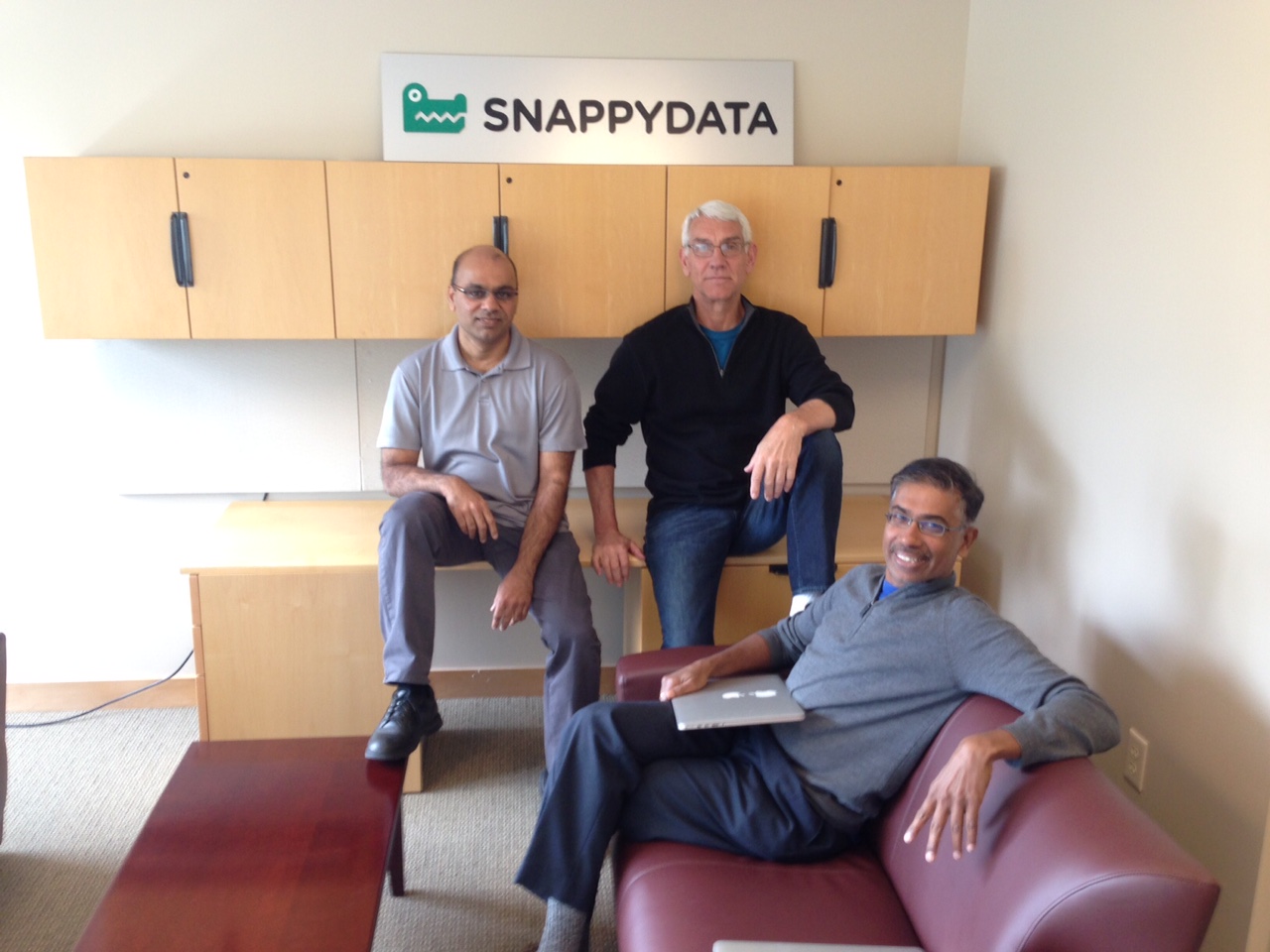 Pivotal, the spinoff of EMC and VMware, now has a spinoff of its own. And that spinoff, SnappyData, now has $3.65 million in Series A funding from Pivotal, GE Ventures, and GTD Capital.

General Electric (GE), it should be noted, also owns a stake in Pivotal, so this looks like a case of keeping a bunch of intellectual property in the family.

The startup aims to speed up the the process of getting to the right questions to ask big data sets.

SnappyData claims to provide a set of resources, including a computing cluster and what it calls “approximate query processing” (AQP) that asks questions of a subset of overall data and from that get to the right answer.

The underlying foundation of the product is the open-source Spark framework, which enables batch processing of lots of data, and Gemfire, an in-memory database that Pivotal open-sourced last year. (Open-source software is freely available to download so developers can work with it, tweak it, and contribute improvements to it over time.) But SnappyData’s secret sauce, and what people will ostensibly pay for, is the AQP query processing piece.

To do the sort of data-winnowing jobs that SnappyData targets, most companies now have to move their data into the Hadoop Distributed File System (HDFS), which distributes it across machines in a cluster, then load it into Spark for processing, then move the results into an external database for further massaging.

The advantage of SnappyData is that it eliminates a lot of those steps, company chief operating officer Sudhir Menon told Fortune. Being able to stream the data, run transactions on it and analyze it in a single cluster saves a lot of that schlepping.

“We let you do more with the cluster size you have and you no longer need to manage one product for streaming, another for machine learning, a third for transactions, and yet another for analytics,” he said.

The resulting product runs on cheap commodity hardware—table stakes in this game—and it can run in a company’s own server rooms or on Amazon (AMZN) Web Services or Microsoft (MSFT) Azure public clouds.

Big target markets include financial services companies needing to run a lot of risk management scenarios, and companies trying to capitalize on the Internet of things applications where lots of data streams in from diverse sources and companies need systems to interact and react to that data in real time, Menon said.

These sound like big applications, so why did Pivotal spin out? Menon said it’s a matter of maintaining focus, both for SnappyData and Pivotal, which is backing a commercial version of Cloud Foundry software development tools. And, he said Pivotal executive chairman Paul Maritz and other leadership felt the real-time data analytics piece needed its own focus. Hence SnappyData.

Given that Pivotal’s parent companies EMC (EMC) and VMware (VMW) are in the process of being acquired by Dell, there is probably plenty of distraction around so focus is good.

The new money will fund hiring in both engineering and sales. Headcount is now about 30 people. A preview of the software came out in January and the company is shooting for a broader release in April or May and a full product due in the third quarter.