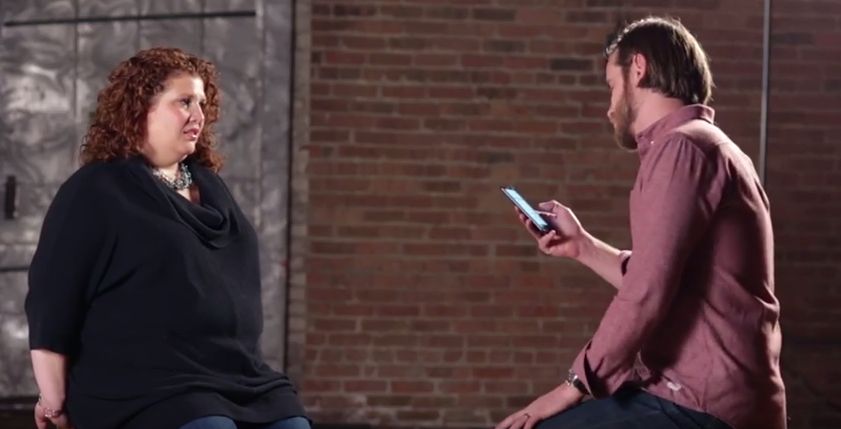 Courtesy of Not Just Sports

The things you say on Twitter don’t really count, right?

That seems to be the mindset of the Internet trolls who harass and bully others online, a group that’s larger—or simply louder—than you’d think. Cyberbullying has become a major problem in recent years: Nearly 40% of adult Internet users say they’ve been harassed online, according to a survey by Pew Research Center.

Women between the ages of 18 and 24 bear the brunt of this epidemic—particularly female public figures, who voice their opinions more readily and regularly than private citizens. Sarah Spain and Julie DiCaro, both sportswriters in the Chicago area, are two such women.

In an effort to raise awareness about online harassment, the website JustNotSports videotaped male sports fans reading some of the “mean tweets” sent to Spain and DiCaro. The tweets were not written by the readers, who had a visibly difficult time voicing some of the terrible things tweeted at the reporters:

“One of the players should beat you to death with their hockey stick.”

“I hope you get raped again.” (This was directed at DiCaro, a rape survivor.)

“Hopefully this [expletive] Julie DiCaro is Bill Cosby’s next victim. That would be classic.”

“I hope your boyfriend beats you.”

The PSA’s message is clear: If you wouldn’t say it to someone’s face, don’t say it online.

The powerful video is accompanied by a hashtag, #MoreThanMean, meant to raise awareness about online harassment.

Watch the full video below: